34 archive photographs of Leicester’s Victoria Park, which was a racetrack 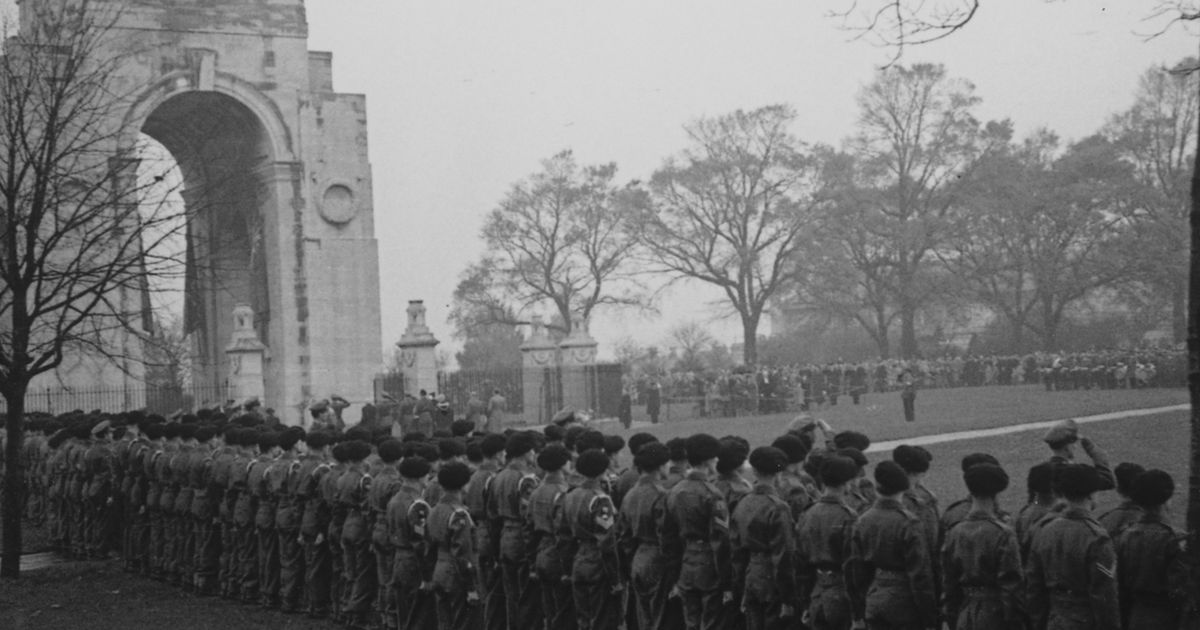 Historically part of the South Fields of Leicester, Victoria Park was originally a racecourse from 1803 to 1883 when it was relocated to purpose-built grounds in Oadby.

Until the middle of the 20th century there was a Victorian grandstand in the park, which was used as a pavilion after the move to Oadby.

It was damaged by a German parachute bomb in 1940 and later demolished, with the new pavilion built on the same site and opened in 1958.

The park is home to the Arch of Remembrance, a Grade I listed monument designed by Edwin Lutyens in 1923 to commemorate the dead of World War I and which has hosted many military parades.

The 82nd Airborne Division made it their home before D-Day and previously Dunkirk soldiers were evacuated there after escaping from the beaches of France.

More recently, the park has become the focal point of numerous events including the Caribbean Carnival, Leicester Pride and of course the massive celebration for Leicester City when they became Premiership Champions in 2016.

Tour de Victoria returns as a private occasion in October