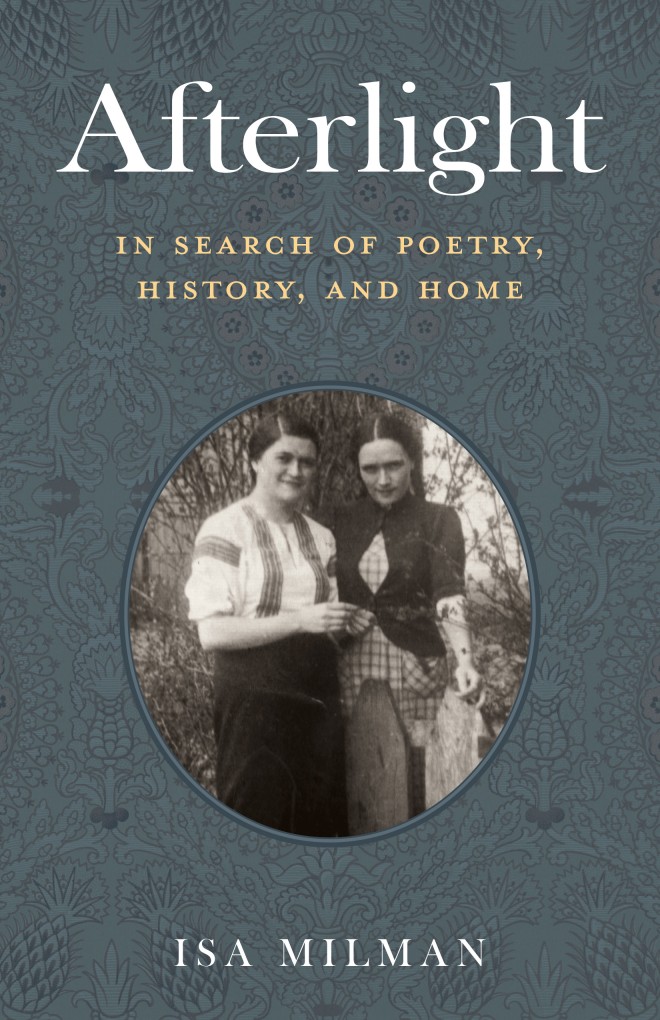 VICTORIA (NEWS 1130) – It’s no secret that the Holocaust wiped out entire families. And there are innumerable stories of heartbreak woven through the threads of these six million lost Jewish lives. Almost 80 years later, a new book takes up the story of one such family.

“She once said to me: ‘Isa, write that down. This should be your next book. ‘ And I write insanely and try to capture their words. “ remembers Isa Milmanon how she started her memoir Afterlight: In Search of Poetry, History and Home.

Afterlight was inspired by Milman’s mother, who was dying in 2013, revealed the story of her murdered twin sister Basia. She was a published poet in Poland before World War II, before she and her young child were murdered by their neighbors simply because they were Jews. This put Milman on a literary and personal journey that spanned the next six years.

The story resonated with the native Victoria, who has five volumes of poetry to her name. Afterlight marks her first foray into actual narrative non-fiction, and she admits it was an adaptation.

“Essentially when you write a poem you are telling a story, but it is the moment as opposed to fiction or prose. [where] They tell a story that goes through time, ”she explains.

“Ultimately, it became a decision to write something called a braided narrative. And so I go back and forth in time, you know, from a contemporary chapter to a historical chapter and then back and forth that way. “

Afterlight tells two stories. First, it examines what happened to her family during wartime Poland, including the terrible death of her aunt, her aunt’s son and her grandparents; and second, Milman’s own travels to present-day Eastern Europe to reconcile this past with her present. (In fact, her name Isa is a feminine form of Isaac, the name of her murdered grandfather.)

“It’s hard not to hate when you’re dealing with atrocity and pain,” she says. “I didn’t have a good feeling for Poland before I was there. And I wasn’t raised that way. I mean, what I grew up with were stories about the horror of what happened, including what happened to my family. “

“It’s like living in an uncomfortable room where you can see both good and bad and you don’t have to reject or accept everything, but rather become more aware of your attitudes and beliefs.”

It was her belief that helped her on this path.

“There is a Jewish concept of tikkun, which is a Hebrew word that means repair, basically our goal is that each of us humans on earth make repairs, whatever they might be, whatever we can do. No matter how small, ”she says.

“What may feel insignificant can make a big difference.”

Afterlight: In Search of Poetry, History, and Home is a powerful page-turner too real to be fiction. Look for it at Heritage House Publishing.