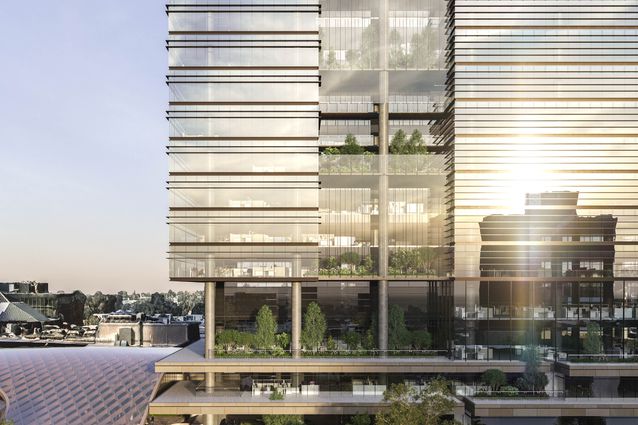 Planning approval has been awarded for a proposed 51-storey tower in Box Hill, making it the tallest building in the state outside of Melbourne’s city centre.

Whitehorse City Council approved plans for stage one of a 10-year master plan to revitalize the Box Hill Central shopping center and improve public spaces. The application was submitted by developer Vicinity Centers and designs were developed by architect Bates Smart.

In considering the application, the council said the plans would “help create a space for people to work and live while boosting the local area for visitors, shoppers and commuters.”

The master plan intends to transform 5.5 hectares at Box Hill Central into a mixed-use and retail precinct with a partially enclosed public plaza, with a combined total investment of around $700 million.

The new precinct is designed to transform Box Hill Central into a world-class mixed-use and retail precinct.

The Victorian government has earmarked Box Hill as a “metropolitan activity centre.” As it stands, there are no building height limits in place in Box Hill, and the proposed development is in line with local and state planning policies.

The council held a consultation forum to ensure the opinions of residents were taken into consideration prior to planning approval. Forty local residents objected to the project, identifying issues such as building height, the ensuing increased traffic and parking issues, and impacted bike access.

The 51-storey tower included in the development – ​​which will house around 600 residents and 2,000 workers – is 42 percent higher than any other building in the municipality.

Whitehouse concillor Ben Stennett, who voted against the proposal, said that while there is no mandatory height limits in the area “not all development is appropriate in Box Hill.” In a Facebook post, he said the proposed built form was “excessive in its scale” and failed to respond to the surrounding context.

How Abercrombie, Victoria’s Secret and Vitamin Shoppe use odor to get you to spend extra – Erie Information Now