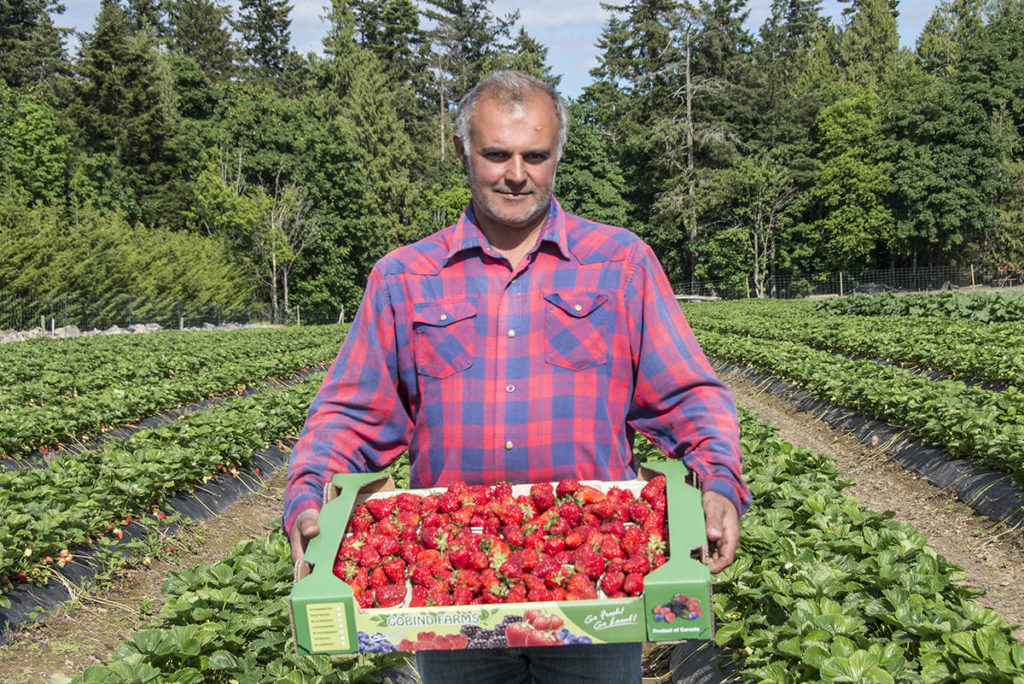 Research by the Peninsula and Area Agricultural Food Commission found that the demand for fresh farm food grew at an unprecedented rate in 2020, with some on-farm and in-market sales increasing as much as 300 percent.

“The public in our area is more likely to buy direct from farmers not only to avoid less food handling but also to avoid the long lines in front of the larger grocery stores, some of which have raised their prices significantly,” the report said.

The document will serve the member communities Saanich, Saanich Mitte, Saanich Nord and Metchosin as a source of advice, information and support.

As expected, COVID-19 contributed significantly to this boom, but also slowed it down. Pandemic logs increased retail-level costs and affected the availability of foreign labor. Some farmers tried to hire domestic workers, but many chose not to work and instead received federal subsidies.

“The main obstacle facing farmers has been the shortage of farm workers, both at home and abroad,” the report said. “Some farmers were reluctant to plant until there was a guarantee of help with the harvest.”

BC Ferries’ timetable cuts caused by the pandemic also made it difficult to move livestock.

In addition, the report points to increasing costs for arable land. Citing an April 2020 Farm Credit Canada report, the commission report finds that farmland values ​​have increased an average of 13.1 percent year over year. Despite a brief decline, arable land prices continue to rise.

“As the prices of arable land rise, it becomes more and more inaccessible for young farmers, who generally manage more innovatively and intensively,” it says.

Other problems farmers face are flooding and associated urban runoff. “Since storms of high intensity occur at any time of the year, the resulting floods not only destroy existing crops, but also often leave traces of various pollutants such as oils, antifreeze, tire rubber and other urban waste.”

The report calls on Agriculture Secretary and Saanich South MLA Lana Popham; Adam Olsen, BC Green Party MLA for Saanich North and the Islands, and community officials to be more active in helping “the serious problem of flooding” if they want agriculture to survive.

RELATED: The shortage of foreign labor is costing berry farmers in the Saanich Peninsula thousands