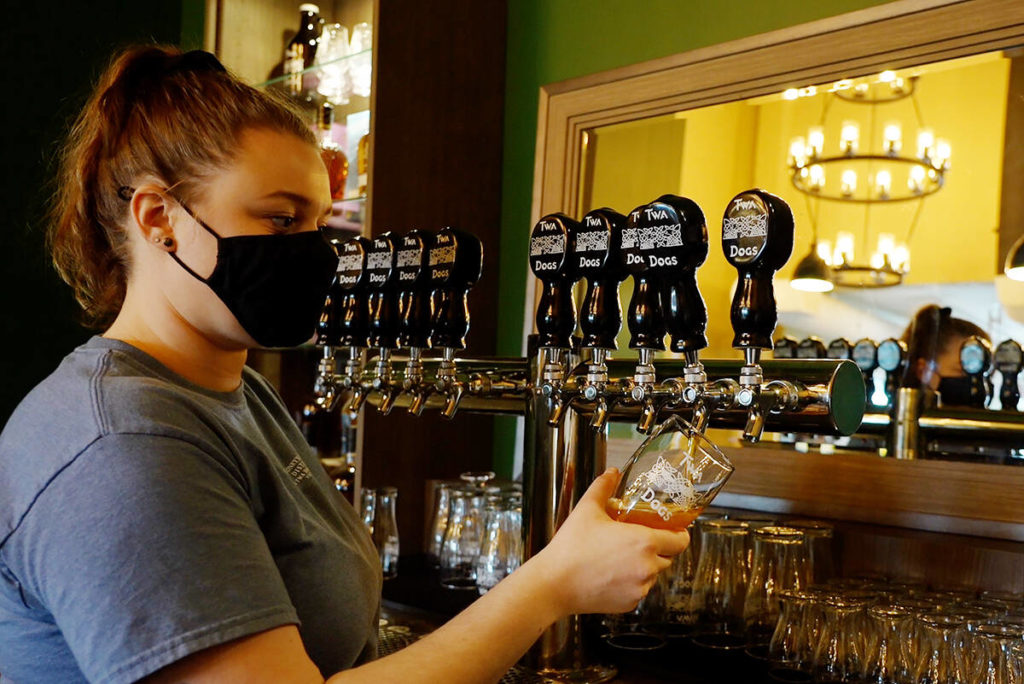 When it comes to voting for the BC Ale Trail’s Best Brewery Experience Award, craft beer enthusiasts across the province are spoiled for choice – and Vancouver Island is no exception.

From Victoria in the south in the north to Port McNeill and over to Tofino on the west coast, there is a diverse selection of breweries across the island, all of which make artisanal beers. Some are ultra-local and serve their own communities, which means you have to visit them in person if you want to try their beers, while others have spread across BC and even beyond.

Beer lovers have the opportunity to experience an amazing beer scene as they explore the different regions of the island and all that they have to offer – whether it’s agricultural splendor in the warm Cowichan Valley, wild, wild beauty on the west coast, sheltered, miles of beaches along the east coast or urban pleasure in Victoria, Nanaimo and Courtenay-Comox.

No visit to the island is complete without a stop in Victoria, home of the Spinnakers Brewpub, which started Canada’s microbrewery movement in 1984 and is strong to this day. There are another 15 breweries in the Greater Victoria area, including BC’s most successful craft brewing brewery, Phillips Brewing & Distilling, and some of the newest and freshest operations in the province, Whistle Buoy Brewing and Herald Street Craft Works.

As you travel north up the Island Highway from Victoria, the spectacular views of Malahat Summit give way to the rural agricultural splendor of the Cowichan Valley. Its maritime Mediterranean climate reaches the warmest temperature in Canada year round. There are farmers’ markets, wineries and cidrees in abundance – as are breweries. Duncan has three breweries to visit and there is one of its own near Chemainus.

Nanaimo’s five local breweries provide a diverse and delicious opportunity for a tasting tour as you search for the tastiest Nanaimo bar. Not far up the highway are the beautiful beaches of Parksville and Qualicum Beach, home to Mount Arrowsmith Brewing and LoveShack Libations.

From there, head west across the island to Port Alberni, a tiny brewery mecca with three of its own breweries, including Twin City Brewing, the winner of last year’s Best Brewery Experience Award. The wild west coast of Vancouver Island is home to Ucluelet Brewing and Tofino Brewing.

Firebrows on the beach in Campbell River. Photo courtesy of BC Ale Trail

The Comox Valley has it all: farms and farmers markets, wilderness hiking, camping and climbing, fantastic skiing and mountain biking, urban shopping and dining, and of course, delicious craft beer. There are five local breweries in the area including another previous winner, Land & Sea Brewing in Comox. Continue north to Campbell River, home of Beachfire Brewing, and then on to Port McNeill, where the recently opened Devil’s Bath Brewing is the northernmost brewery on the island.

Visit the BC Ale Trail to learn more about what Vancouver Island has to offer.

To vote for the brewery you think should win this year’s award, visit WestCoastTraveller.com and search for craft beer enthusiasts under competitions.

READ MORE: Explore an epic craft beer community in the majestic north of BC

The Metropolis of Victoria asks for suggestions on data distribution | authorities

The commercial hemp trade in Victoria is advancing

Because of Korean Immigrants for Selecting Langley as their New House –…