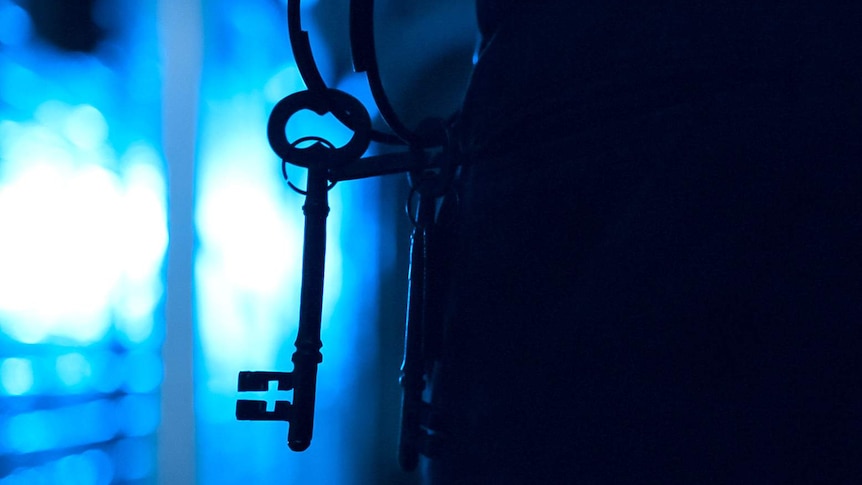 As Holly Nicholls grew up, her mother struggled to support the family while her father was in jail.

She was often forced to skip dinner or have toast as a substitute, and her family’s lack of money did not go unnoticed at school.

“Never having nice shoes, nice clothes, never getting your hair cut … and other young people notice that and then you cop the bullying,” she said.

Ms Nicholls’ father was incarcerated when she was young, meaning her family lived on a single income.

She said the stigma directed towards people who had been incarcerated was particularly confronting for children.

“They ask you questions like ‘is your dad a murderer or a rapist?'” she said.

“That’s really a full on thing to hear … because you still have that connection and love for that person and here people are in society demonising them.”

Ms Nicholls shared her story as a report focusing on the way parental incarceration affects children was tabled in the Victorian Parliament.

The report found the traumatic nature of parental incarceration could interrupt childhood development, a lack of support could contribute to intergenerational patterns of incarceration and that for Aboriginal families, separating children from their parents could perpetuate historical trauma.

It also highlighted that the number of parents being incarcerated in Victoria was likely to be rising in line with an overall increase in the number of people being jailed.

The committee behind the report recommended the Victorian government set up a dedicated unit to support those young people.

Crossbench MP Fiona Patten, who chaired the committee, said children with parents in jail were the “invisible victims of crime”.

“They serve a sentence alongside their parent, an experience which may affect them negatively for their whole lives,” she said. Committee chair Fiona Patten says it was a privilege to hear personal stories, including some from prison inmates.(supplies)

The committee looked at policies and services for children affected by parental incarceration across the state.

The report outlined 29 recommendations, including reducing the number of parents serving time in prison, developing arrest practices among police that are more child-aware and improving consideration of childrens’ interests when sentencing parents.

Data is scarce, but it is estimated that about 7,000 children in Victoria have a parent in jail at any time and 45,000 will have a parent imprisoned during their childhood.

Rachael Hambleton, whose father spent time in prison while she was growing up, said dedicated support for young people going through a similar experience was needed.

“There are lots of not-for-profits that are trying to gap-fill services that don’t really exist,” she said.

Ms Hambleton also said it was important to consider the greater issues at play in the justice system.

“We all want to see a reduction in crime,” she said.

“Incarceration increases recidivism, while many evidence-based holistic approaches have been proven to reduce it.

“It’s time we looked to what works and dared to dream bigger.” The committee heard from both inmates and prison officers.(AAP: Dave Hunt)

The report recommended setting up a designated government unit within the Department of Families, Fairness and Housing to “design ways to help support children’s interests through their parent’s journey in the criminal justice system”.

In the report’s foreword, Ms Patten thanked those who shared their experiences as part of the committee’s work, which included inmates in Victorian prisons whose own parents had been incarcerated.

“We were told by individuals that they have been silenced from speaking about their experiences for so long because of stigma that they could only face and describe their experiences in late adulthood and did so, in some cases, for the first time to the committee, ” she said.

“We felt privileged to hear their stories.”