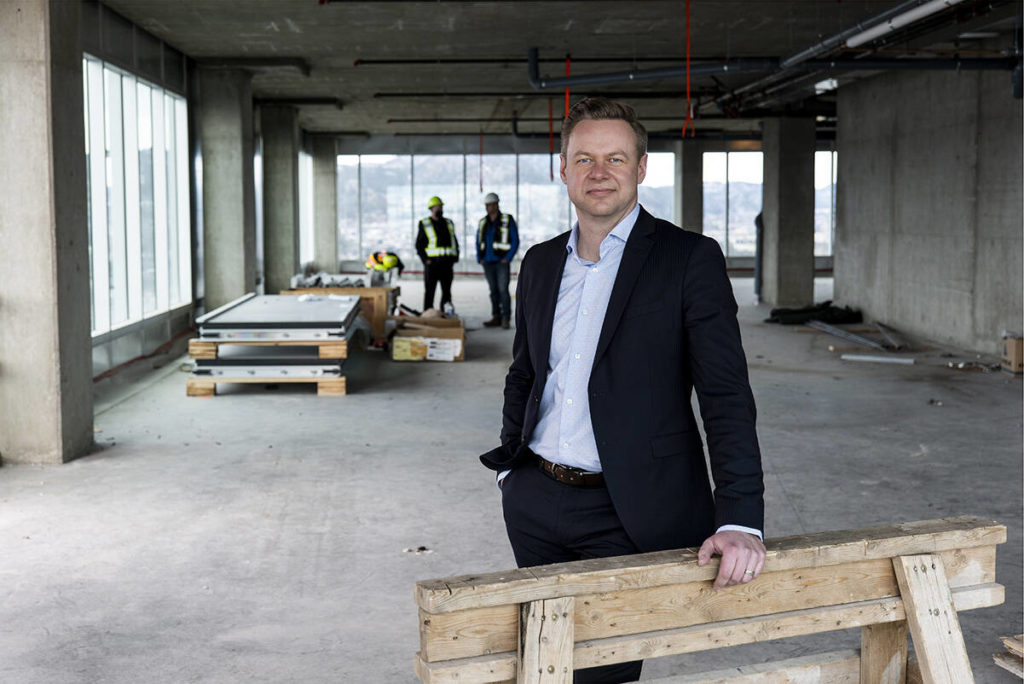 Some people know in the core of their being what they want to do with their life. Darren Morcom is one of them.

And one of the drivers behind his decision to start his own firm—The Morcom Wealth Management Group (a member of Wellington-Altus Private Wealth)—was his love for helping others.

“The whole investment game is also about the passion of the people who work behind the scenes. Everyone is in it for different reasons—and my reason is quite personal.”

About six years ago Darren and his wife Lee-Ann’s eight-year-old son was diagnosed with brain cancer. He underwent over 40 intense radiation and chemotherapy treatments and had more than 25 blood transfusions. Today, their son is five years cancer-free.

“This really made me look at things differently,” Darren says. “There were so many people and organizations involved in helping him get well. It all ties into my life and my work, and wanting to help people. I can better relate to my clients who may be going through similar situations.”

He adds: “It’s become a passion of mine to help people, especially when they are going through hard times.”

As a young man attending the University of Regina, in his home province of Saskatchewan, he worked at the RCMP training academy doing whatever was needed. Then in 1997, having just met Lee-Ann, the “love of his life,” he moved to Kelowna.

“Once I got to Kelowna,” Darren recalls, “I reaffirmed that finance really was my passion, so I went with it. I worked as a bank teller while I attended Okanagan University College. When I graduated, I was able to rise through the ranks and become a financial planner.”

Starting in 2002 and for the next 19 years, he was employed by a well-known bank and worked his way up to portfolio manager. Somehow, it still wasn’t quite what he wanted. Something was missing.

Darren, a self-described “people person,” wanted to do more for the families he worked with. He wanted to be able to offer independent solutions and independent advice and to be truly objective for his clients, and to do it all in an environment with like-minded advisors.

“I learned about an independent private wealth management firm called Wellington-Altus Private Wealth, a Canadian company with headquarters in Winnipeg. After meeting with the founders of the company and realizing their Prairie roots and their values ​​matched mine, it was easy to see why this firm had become the number-one ranked advisory firm in Canada.”

The decision to move to the independent side of this business became an easy one. The Morcom Wealth Management Group was born, and Darren says he is extremely proud to be part of Wellington-Altus Private Wealth.

Darren and his team are not alone in joining the top-ranked Wellington-Altus Private Wealth. In the past 18 months, he says, several senior investment advisors and their teams moved from banks and other independent wealth management firms to be part of this growing company.

“We officially opened the Kelowna office in September of 2020, and we already have over 30 employees and billions of dollars in assets under our management,” Darren says.

“With this explosive growth, the decision to relocate our offices into the 23rd-floor penthouse of the new Landmark 7 office tower was an easy choice. The new offices are expected to be completed in August, with 360-degree views of the city, lake and surrounding vineyards and orchards. We are fortunate to be able to share some of the most spectacular views of any office in North America with our clients.”

Asked about the allure of his industry, Darren says: “Some people think what we do is sexy and daring, like they show in the movies. It’s not like that at all. We have to be steady and consistent.”

He says planning ahead is one of the most important things a person can do when it comes to the health of their finances—and it’s not just about the money.

“In a lot of cases we may have one spouse who looked after the finances their whole life and when they pass, the other spouse has to take over. People really need to realize that it’s not just about investing, it’s also about what happens if anything happens to you. You need to plan for the unforeseen.”

During stressful times, he adds, the last thing people need is to worry about how their finances will hold out.

“It’s important, no matter what your age, to make sure your affairs are in order. The financial world is more complicated now than ever before. It’s important to make sure that all facets of your family’s wealth are fully understood, properly integrated, administratively maintained and fit your life, both now and in the years ahead.”

When Darren isn’t helping people plan for financial stability, you’ll probably find him at the hockey rink, playing or coaching his sons. He also loves to relax with his family, spend time on the golf course or up at local ski hills, or cool off on the water.

“We enjoy the wineries here, as well,” he says. “In fact, if I hadn’t gone into financial advising, I’d probably own a winery.”

And keeping in line with his passion for helping others, Darren also volunteers for various organizations.

“After our son’s cancer situation,” he says, “we’ve been very involved in raising money and awareness for BC Children’s Hospital, Ronald McDonald House and Canadian Blood Services.”

Asked where he sees himself in 10 or 20 years, Darren says: “I’ll be doing exactly what I’m doing now: helping people with their finances. That truly is my life and what I enjoy doing.”