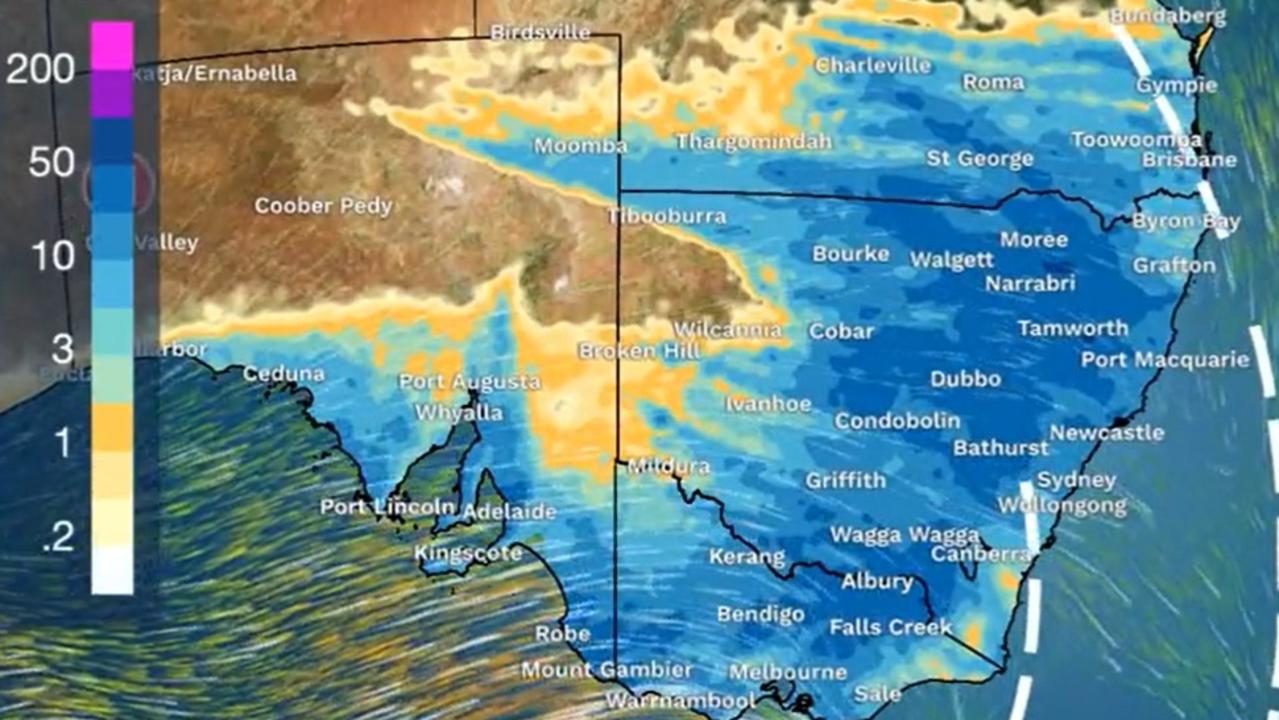 Wild thunderstorms are expected over southeast Australia over the weekend, with a risk of flooding in some parts.

A deep low-pressure system south of The Bight will push a series of cold fronts and troughs across multiple states, according to the Bureau of Meteorology.

The first front is crossing Victoria, NSW and Tasmania on Thursday, bringing thunderstorms which are forecast to intensify over the western slopes of the Great Dividing Range.

The front will then move away into the Tasman Sea on Friday, but another front with thunderstorms in southern South Australia is expected to move across Victoria, Tasmania and southern NSW on Friday.

Rain will continue over Victoria, Tasmania, southern NSW and southeast SA over the weekend.

Maximum temperatures are expected to be 4-8C below average over the weekend, while the snow level will fall to about 1100-1200m.

Rain is expected to cause renewed river rises, especially over parts of NSW, northeast Victoria, and northeast Tasmania.

Flood warnings are in place for inland NSW, southern Queensland and northern Victoria.

Severe thunderstorms are a risk for the remainder of Thursday, especially over inland parts of NSW and southern Queensland.

Warnings may be issued for severe storms, which could lead to flash flooding.

Windy conditions are also forecast to develop, but are expected to stay below warning levels.

The weather system is also likely to cause large waves and high tides along the south coast of SA and southwest Victoria.

It could cause hazardous conditions for some coastal activities, the bureau warned.