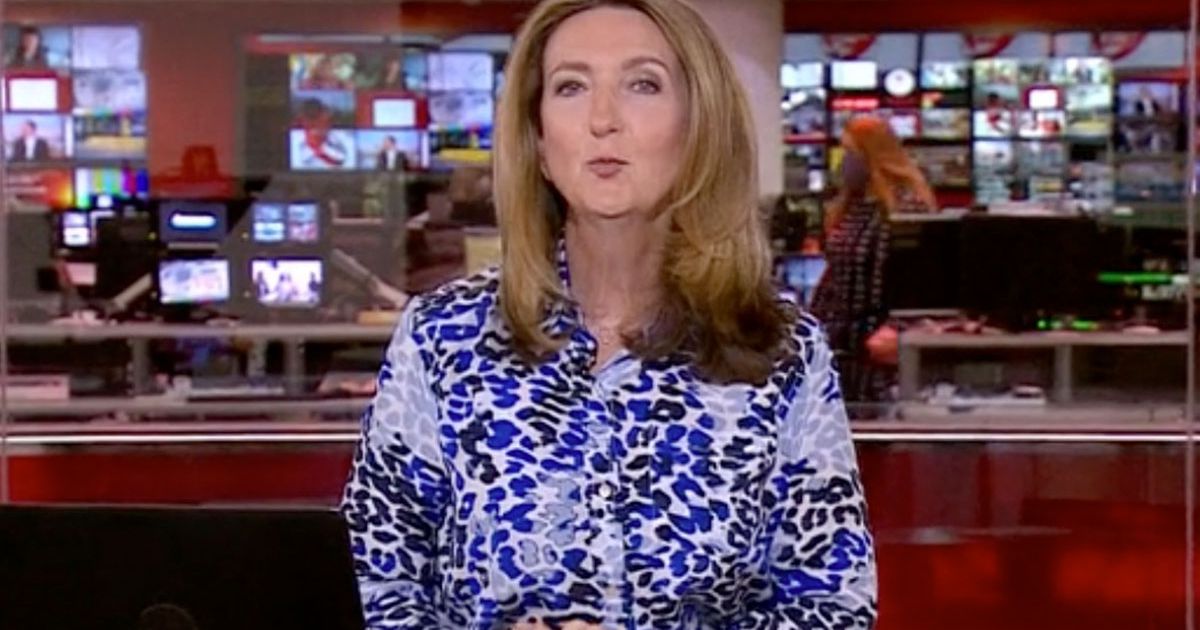 When BBC News opened at 9 a.m. on Thursday (August 12), the veteran journalist and broadcaster was nowhere to be seen when the theme song played and the camera panned over an empty studio.

Victoria could be seen behind the desk, struggling, but what was happening could not be seen.

The camera then positioned itself where it would be presenting, but there was a delay with the audible sound of Victoria breathing and struggling with something.

You could hear her say softly: “Oh my God!”

After a few seconds of absence, Victoria walked slowly into the reception area and said, “Sorry for the delay. Good Morning.”

Always the pros, Victoria made headlines of the day with news of the GCSE results, but the moment didn’t go unnoticed on social media.

Victoria was bent over and struggled with something
(

He also added, with an abridged clip of the moment, “All news programs should start this way”.

She also shared a picture of her high-heeled shoes from the day on the BBC News studio floor.

Well that explains that!

The viewers on social media were naturally very amused by the embarrassing mishap and went to Twitter to share their thoughts.

One person wrote: “@vicderbyshire’s calm when she walks in front of the camera is very special.”

Another person replied to Victoria’s tweet: “Tell me. How do you walk in such shoes ?????

Victoria – always the pro – appeared on camera, apologized for the delay, and hit the headlines right away
(

Elsewhere, one person remarked, “But really professional, keep it up!”

Another might say: “I’ll try to hurry and open the door for the postman when he has woken me up”.

A Twitter user added that the message should begin like this: “haha, absolutely … just a soft” omg “spoken into space.”

Have you ever had a shoe mishap? Let us know your most amusing ones in the comments below.