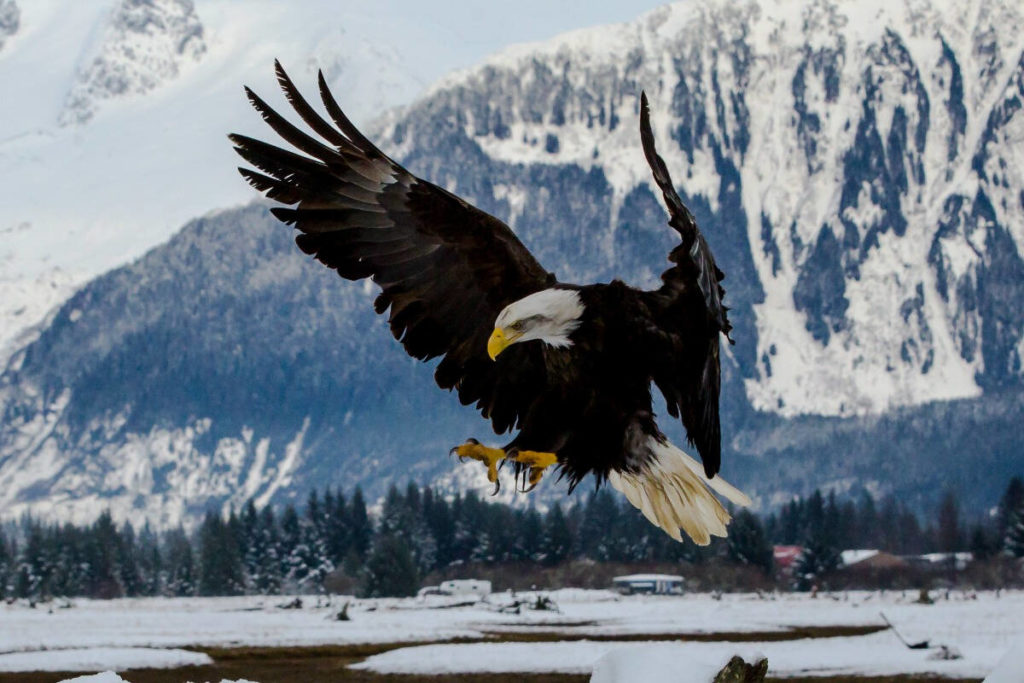 The BC government is closely monitoring troublesome conditions for bald eagles, specifically in the southwestern part of the province.

Low nest success and the rise of avian influenza are being watched as a potential threat to eagle populations.

Of the 23 active nests on the White Rock peninsula, only a handful have chicks, something quite unusual according to Carlie Thacker, a wildlife veterinarian for the ministry of forests.

“Nest success was slightly lower last year than in previous years, and it seems to be the lower again this year. It’s a definite concern if this trend continues,” she said.

On top of the low nest success, Thacker has seen a spike in reporting of dead birds. Since the first case of avian influenza in BC in February, the government has collected 47 deceased eagles, 12 of which have tested positive for avian influenza.

Pockets of outbreaks of the H5 strains of avian influenza have occurred at or near 100 Mile House, Chilliwack, Bowen Island, Kelowna, Vanderhoof, Metro Vancouver and Williams Lake.

While outbreaks are easier to maintain in an agricultural setting, not much can be done for wild birds.

“It’s always very difficult to work with wild and free-ranging species, particularly those that have any migration in their biology,” Thacker said. “Because eagles are a predatory species, they are especially susceptible because they prey on other infected birds like waterfowl.”

Thacker said that eagle populations are known to ebb and flow, but the trends should be monitored closely.

Although avian influenza can be hard to spot, birdwatchers can look out for swollen eyes or heads and lethargic behavior.

“They may be sitting on the ground, which is unusual — some birds have even been reported as having seizure like activities,” Thacker said.

If you would like to report a case of avian influenza or are looking for more information, you can visit the Canadian Wildlife Health Cooperative website which shows up-to-date information on cases across the country.