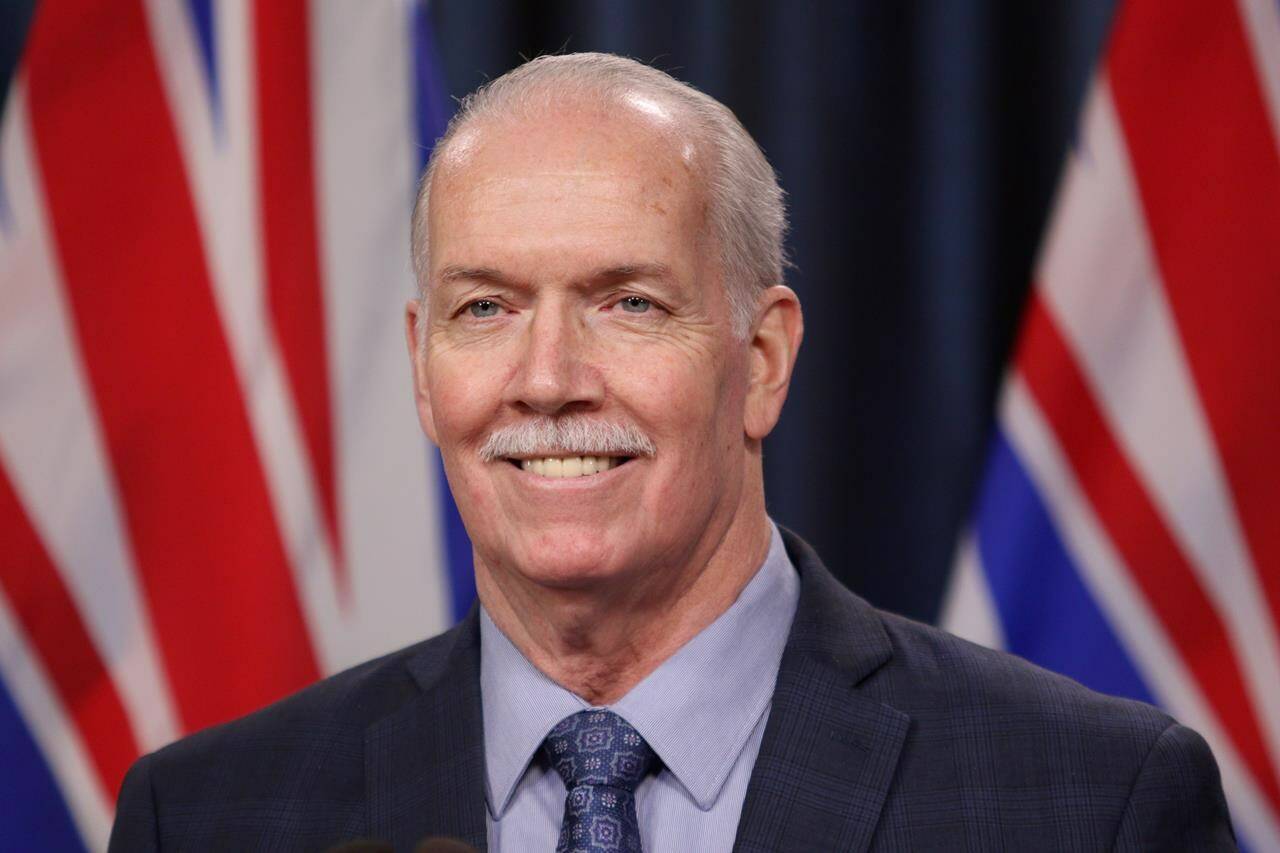 British Columbia Premier John Horgan suggested Wednesday the approach of a Victoria couple who placed a newspaper ad to find a family doctor could be one of his next steps to pressure the federal government to increase health funding.

The advertisement worked for Janet and Michael Mort, who now have a family doctor after months of searching, leading him to possibly employ the same tactic after previous failed attempts to secure more federal health dollars, Horgan said at a news conference.

“Maybe, I’ll take out an ad in the paper, I don’t know,” said the premier. “I’ve been pretty candid with the federal government about this, as have my colleagues. Again, this is not a question of partisanship. It’s not a question of a region. It’s the whole country.”

But Janet Mort said she’s not happy she and her husband had to resort to public actions to get health care and she’s offended by Horgan’s response.

“It was tongue-in-cheek,” she said in an interview. “It just made me furious to hear the premier talk about it. We had to revert to exposing ourselves publicly as a family. I’ve tried really hard not to blame the government, but government at all levels is responsible for this.”

Mort said she wrote a letter to Horgan Wednesday asking for a meeting to discuss repairing health care in BC, with or without federal help.

Several doctors contacted her following the placement of the ad in the Victoria Times-Colonist and her 82-year-old husband now has an appointment in the coming days with his new family doctor, she said.

“No one in government helped us with it,” said Mort. “We did it ourselves, with compassionate people who responded. I think if we had followed through, I think about five doctors in Victoria would have taken Michael but we took the first one.”

Mort is an order of BC recipient for her work in public education, and in March she stood between Horgan and Lt.-Gov. Janet Austin for a photo after receiving her medal and plaque.

The Ministry of Health in a statement said it was “grateful this situation has been brought to our attention.”

The statement said the Morts were contacted by health officials about their prescription needs and booking an appointment with a doctor or nurse practitioner if required.

“We know many people in the province are feeling the effects of the capacity challenges our health-care system is facing, and this individual is no different,” said the statement.

About a million people in BC don’t have a family doctor.

“The examples of having to put out an ad to have a prescription filled or other families concerned about being able to access primary care is a real and pressing problem,” he said.

“I’m hopeful we’ll have some progress before the summer’s done,” said Horgan.

Why Victoria Grayson Was the Finest Character