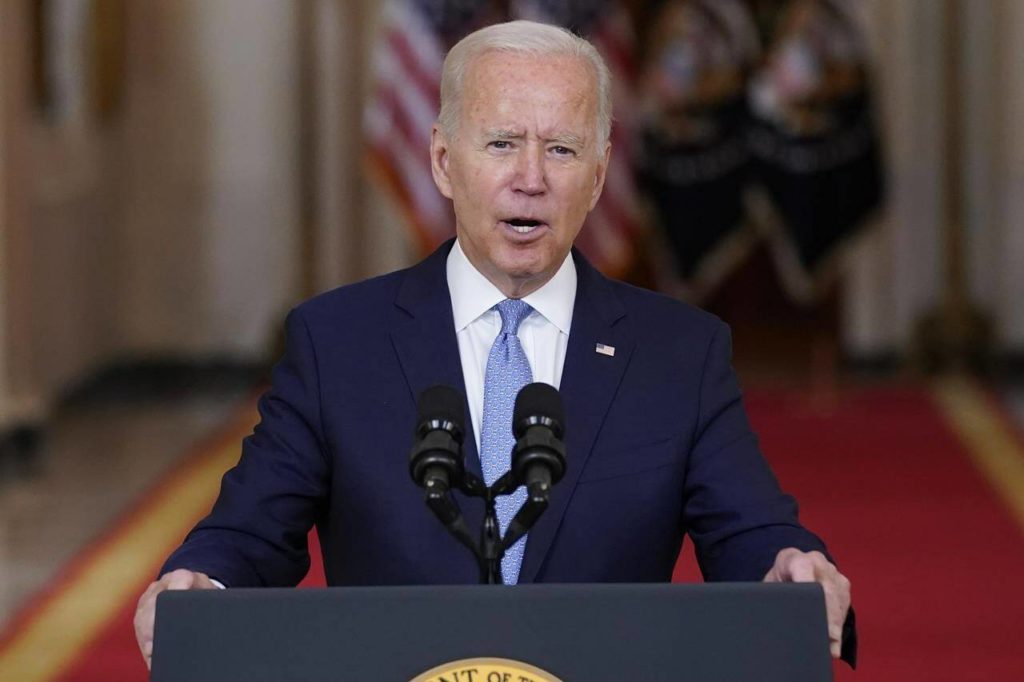 President Joe Biden marked the 21st anniversary of the Sept. 11 attacks, taking part in a somber wreath-laying ceremony at the Pentagon held under a steady rain and paying tribute to “extraordinary Americans” who gave their lives on one of the nation’s darkest days .

Sunday’s ceremony occurred a little more than a year after Biden ended the long and costly war in Afghanistan that the US and allies launched in response to the terror attacks.

Biden noted that even after the United States left Afghanistan that his administration continues to pursue those responsible for the 9/11 attacks. Last month, Biden announced the US had killed Ayman al-Zawari, the Al-Qaeda leader who helped plot the Sept. 11 attacks, in a clandestine operation.

“We will never forget, we will never give up,” Biden said. “Our commitment to preventing another attack on the United States is without end.”

The president was joined by family members of the fallen, first responders who had been at the Pentagon on the day of the attack, as well as Defense Department leadership for the annual moment of tribute carried out in New York City, the Pentagon and Somerset County , Pennsylvania.

“We owe you an incredible, incredible debt,” Biden said.

In ending the Afghanistan war, the Democratic president followed through on a campaign pledge to bring home US troops from the country’s longest conflict. But the final war concluded chaotically in August 2021, when the US-backed Afghan government collapsed, a grisly bombing killed 170 Afghans and 13 US troops at Kabul’s airport, and thousands of desperate Afghans gathered in hopes of escape before the US cargo planes departed over the Hindu Kush.

Biden marked the one-year anniversary of the US withdrawal from Afghanistan late last month in low-key fashion. He issued a statement in honor of the 13 US troops killed in the bombing at the Kabul airport and spoke by phone with US veterans assisting ongoing efforts to resettle in the United States Afghans who helped the war effort.

Senate Minority Leader Mitch McConnell on Thursday criticized Biden’s handling of the end of the war and noted that the country has spiraled downward under renewed Taliban rule since the US withdrawal.

“Now, one year on from last August’s disaster, the devastating scale of the fallout from President Biden’s decision has come into sharper focus,” McConnell said. “Afghanistan has become a global pariah. Its economy has shrunk by nearly a third. Half of its population is now suffering critical levels of food insecurity.”

Biden recently dialed up warnings about what he calls the “extreme ideology” of former President Donald Trump and his “MAGA Republican” adherents as a threat to American democracy. Without naming Trump, Biden again on Sunday raised a call for Americans to safeguard democracy.

“It’s not enough to stand up for democracy once a year or every now and then,” Biden said. “It’s something we have to do every single day. So this is a day not only to remember, but also a day for renewal and resolve for each and every American in our devotion to this country, to the principles it embodies, to our democracy.”