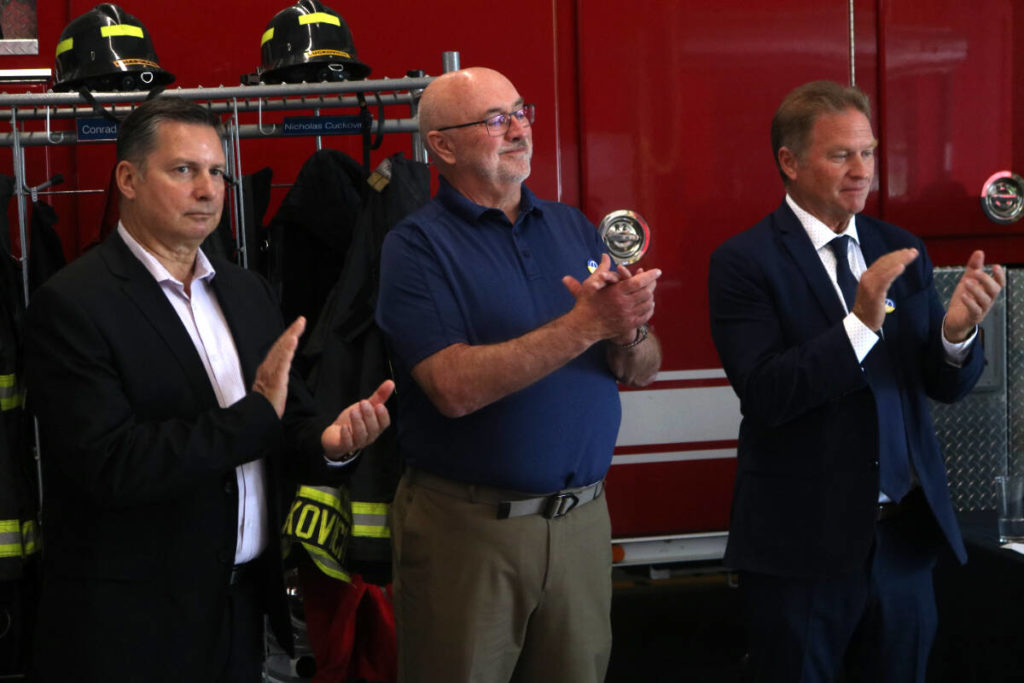 How much did Langford’s trip to Ukraine cost and who paid for it?

Langford Mayor Stew Young traveled with retired fire chief and Sooke School District vice-chair Bob Beckett, GlobalMedic volunteer Shawn Carby, and videographer Brendan Strain to observe humanitarian efforts in the Lutsk region – located in the northwest area of ​​Ukraine – hand out supplies like food and fire equipment and establish sister city agreements with municipalities in the region as well as agreements between the Sooke School District and Ukrainian education boards.

Beckett and Young have done similar humanitarian trips in the past to Ground Zero in the wake of 9/11 and multiple trips to Haiti. The trip lasted six days from June 25 to 30. Beckett spoke with Black Press Media to break down the cost figures of the trip.

How much did it cost?

In total, the trip cost $17,320.64. The biggest chunk of that was the flights, which cost $13,600. The rest was comprised of $2,700 paid for an interpreter, van and driver organized by GlobalMedic, $640 for hotels in Warsaw (after arriving at Warsaw airport and again before leaving), $332 for hotels in Lutsk and $48.64 for taxis to and from the airport. Those totals don’t include costs for the mayor’s flights or hotel room.

Who paid for it?

GlobalMedic picked up the tab. Beckett said he, Carby and Strain’s costs were covered by the Canadian charity, as they cover all their volunteers’ costs when they’re sent on a mission abroad. Young paid for the cost of his own flights and hotel rooms.

What came out of it?

Four Ukrainian municipalities and their school districts have signed sister city agreements with Langford and SD62 respectively, according to a statement from the City of Langford, which will help further and promote cultural and commercial ties. SD62 also plans to share curriculums with school districts in Ukraine and create a pen pal program.

There are also plans for further fire equipment and food supplies to be sent.

“Every place we visited, everyone we spoke to, reinforced for me that throughout the world we all want the same for our families and communities. A roof over everyone’s head, food on the table, a future for our children and to live in peace,” Beckett said in a statement. “With stocks diminishing and winter looming, and despite their future looking bleak, the people’s resolve to defend their families, their country and sovereignty has not wavered.”

As of the beginning of June, the city’s Langford Supports Ukraine campaign had raised more than $500,000 including a $150,000 grant from GlobalMedic. At a press conference announcing the trip, Young said the total fundraising figure could climb to above $1 million and the campaign is still taking donations.