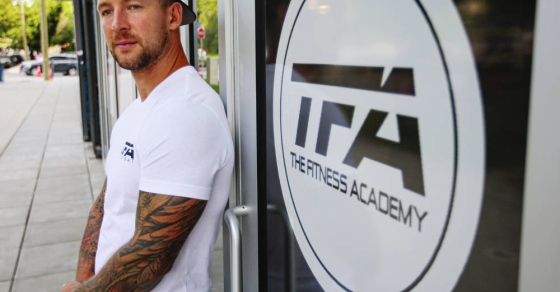 Two companies in the Greater Victoria area are already resisting BC’s upcoming vaccination card, saying they refuse to ask their customers for proof of vaccination.

Sunnyside Cafe in Esquimalt and The Fitness Academy, a dual location gym in Victoria, said they will not require customers to show their vaccination ID when it goes into effect on September 13 in BC. Dr. Bonnie Henry announced Monday that proof of vaccination is required to enter non-essential indoor activities such as restaurants, gyms, concerts, and arts and cultural events.

The announcement was followed on Monday and Tuesday by a significant increase in registrations and bookings for first doses, especially for people under 40 years of age. On Tuesday there were 10,175 new registrations, more than three times the number on Tuesday, the province said. On the same day, 9,486 bookings were recorded, more than twice as many bookings as last Tuesday.

As of Wednesday, 83.5 percent of eligible British Columbians 12 and over had received a first dose and 75.4 percent had received both.

Stephanie Herring, co-owner of the Sunnyside Cafe, said she felt it was an invasion of the privacy of her staff to ask about customers’ vaccination status and she would not put staff in a position that could lead to confrontation.

Her staff has already faced customers who are annoyed at being asked to provide their contact tracing phone numbers, Herring said, and she has heard from many customers, including those who have vaccinated themselves, that they are following the new rule decline. “That only puts us in a very bad position, because we should ask people who don’t want to show their menu not to come to the restaurant. People will get very upset about it. “

Herring said the vaccination card burdens its employees in enforcing the provincial health ordinance, and if the province wants to increase vaccination intake they should find another route.

“You can’t just think of certain businesses as negligible and then let us do the dirty work and get us to do something for them,” she said. Herring didn’t want to say if she was vaccinated.

Esquimalt Mayor Barb Desjardins said she was saddened by the cafe’s testimony. “I support the provincial directorate, but I hope that companies will receive support to cope with this volatile change.”

Dave Puhky, co-owner of the Fitness Academy in Victoria, said he won’t ask his customers to show their vaccination cards because he doesn’t want to contribute to the divisions he sees in society. “I believe that we should have a choice of what to put into our bodies. And it’s not up to me to decide. “

Puhky said he was not vaccinated because he heard he was experiencing side effects and he doesn’t want to feel sick again after contracting COVID-19 while traveling to Singapore a few months ago. He said he would consider getting the injections but thinks the vaccines have been rushed and wants “it to work a little more”.

Puhky said although his decision may make some people feel less confident about getting to his gym, he has received a barrage of support since his stance was posted on social media.

When BC’s vaccination card goes into effect on September 13, you will need at least one dose of vaccination to attend non-essential indoor events and venues. Two doses are required for admission by October 24th, with the second dose given at least a week beforehand.

In a statement, the Ministry of Health said it will be working with businesses over the next few weeks and expects everyone to abide by it. There are enforcement measures that could be considered, such as a closure, the ministry said.