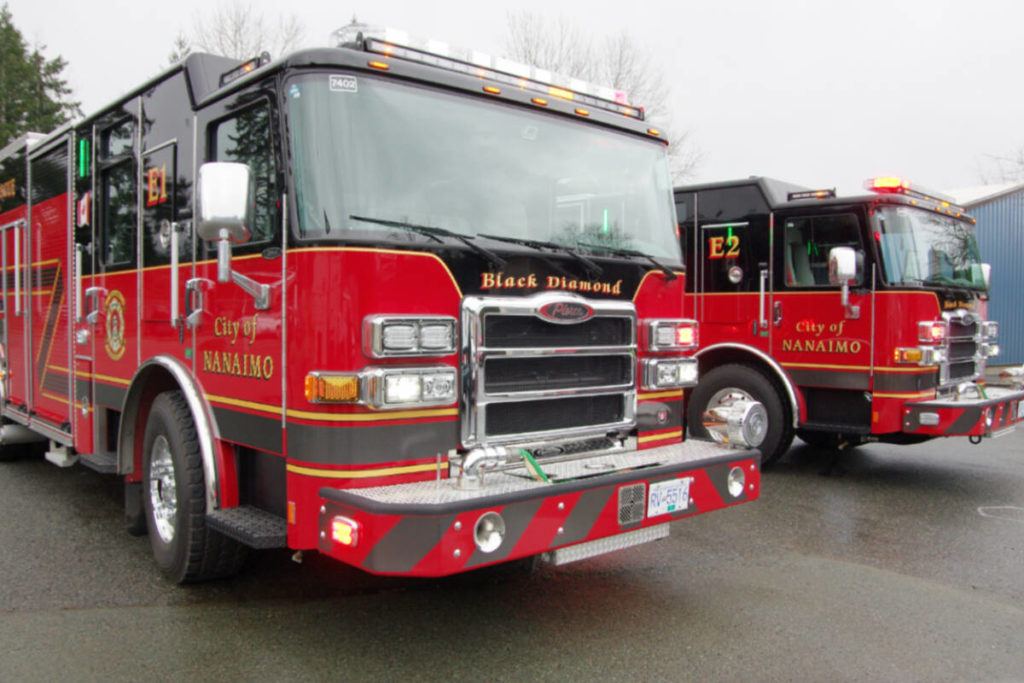 Fire trucks from all four stations battled a blaze at a four-storey apartment complex in central Nanaimo last night.

First responders were called out to the 900 block of Bowen Road at 10 p.m. the night of June 16, said Stu Kenning, Nanaimo Fire Rescue assistant chief, and crews were on scene for four hours.

“It was a room and contents fire in [an apartment unit],” Kenning said. “The smoke did affect eight other units on the first floor. The smoke alarms were working. No one was hurt. One cat did die from smoke inhalation from the fire. Of the eight units that were occupied, about 12 people were displaced for the evening.”

A room in the one unit was damaged by the fire, while the other units suffered smoke damage, stated Kenning.

“The guys responded quickly and they got the fire under control quickly and it was basically just dealing with the smoke after that, so the guys did a great job containing it to one unit … it was great that the fire alarms were working and without the fire alarms, it would’ve been a lot bigger disaster,” Kenning said.

Investigators remain on scene trying to determine the cause, according to Kenning.