Change a foot in Victoria Harbour 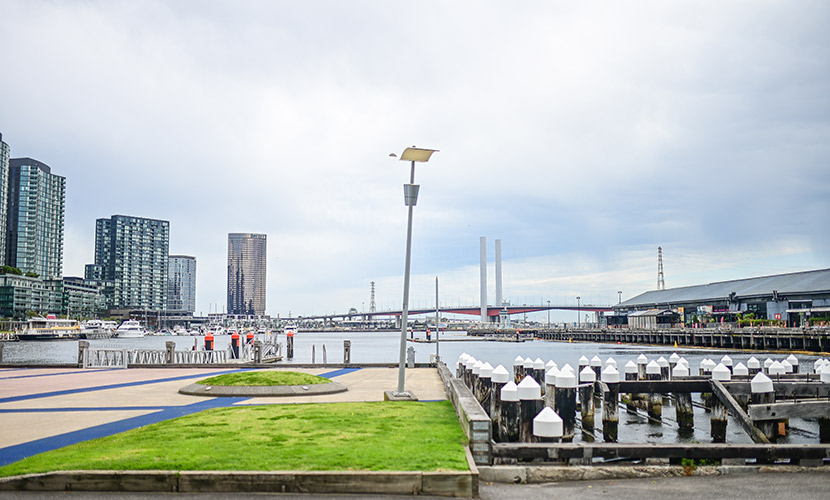 The prominent Lady Cutler Melbourne Showboat has been moved to North Wharf by the City of Melbourne’s waterways team in Docklands amid “significant upgrades” to the Harbor Esplanade passenger terminal.

The changes at the busy Harbor Esplanade terminal have long been mooted by the council, with new home berthing infrastructure at Australian Wharf soon expected to welcome many of Docklands’ charter boat operators.

The council says as it approached peak season, the Harbor Esplanade terminal would require all four berths because of increased services, charter fleet and the number of vessels “from across Melbourne”.

Expected to open in August, Port Phillip Ferries (PPF) has constructed a new passenger terminal and community hub at Harbor Esplanade, which will allow passengers to commute between Melbourne, Geelong, and Portarlington. The project is being delivered in partnership with Development Victoria and the City of Melbourne.

The council has also proposed to name the wharf and pontoons at Harbor Esplanade “Yanonung Quay” – a Wurundjeri Woi Wurrun word meaning “waterways”.

But the Lady Cutler’s operator and Melbourne Passenger Boating Association president Jeff Gordon told Docklands News that the permanent move to North Wharf near the heritage fleet would have “major ramifications for our operation”.

“This is a deathly blow to our business. We are clients of the City of Melbourne and pay our marina fees through the waterways team, but don’t feel that the team is supporting us, or our message isn’t getting through to higher decision makers,” Mr Gordon said.

A City of Melbourne spokesperson said the Lady Cutler, which occupied one of four berths and “reduces facility capacity”, had been permitted to berth at Harbor Esplanade temporarily since it first issued Mr Gordon with a notice to move in January 2021.

“We are acutely aware of the challenges caused by the limited capacity to berth vessels at key locations, including Harbor Esplanade,” a council spokesperson said. “As we look to welcome and attract more people back to Docklands with increased ferry services, all four berths at the terminal are required.”

While Mr Gordon said he had long requested his boat be granted permission to berth closer to NAB, the council said, “an engineering investigation found the location near NAB is not a suitable location to berth due to the large size of the vessel.” •

Younger & Stressed: Victoria Convinces Ashland to Danger His Personal Cash In Their Begin-Up