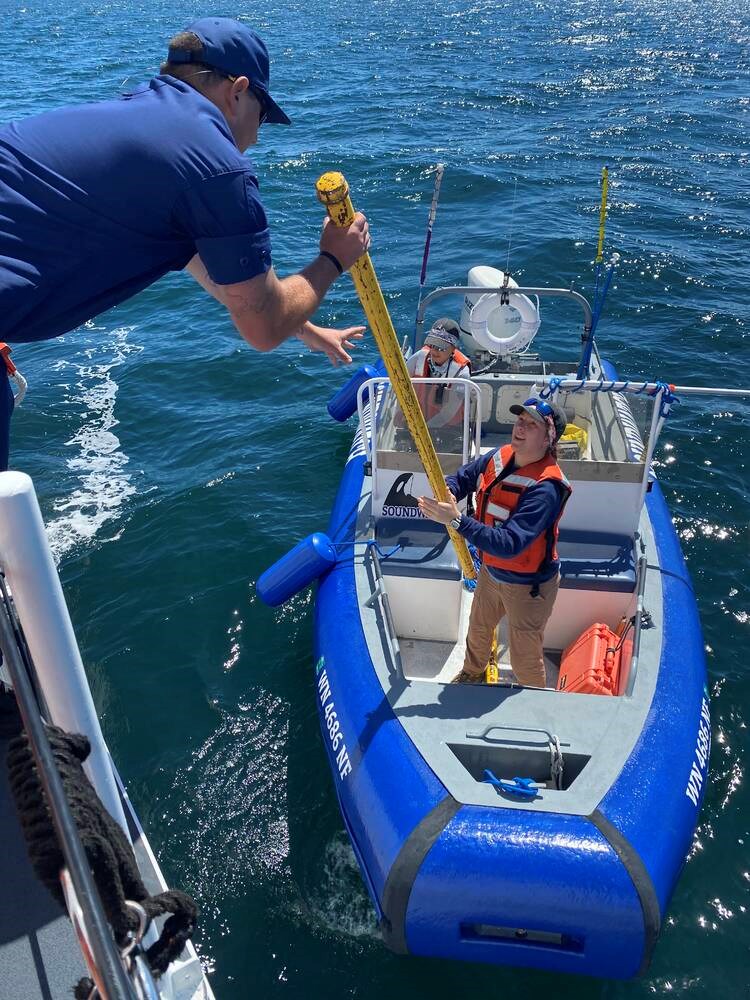 The oil sheen from a sunken boat appears to have dissipated, officials say, but there are still concerns about the impact on marine life around the Haro Strait spill site.

The oil sheen from a sunken fish boat appears to have completely dissipated from an area of ​​US waters just east of Vancouver Island, and the Canadian Coast Guard confirmed no oil or diesel has reached Canadian waters.

Concerns remain, however, for the health of marine and mammal life in the area of ​​western San Juan Island, where the 15-metre Aleutian Isle went down Saturday with an estimated 9,800 liters of fuel.

The vessel now lies in 60 meters of water near San Juan Island in Haro Strait, about 25 kilometers east of Victoria, and the depth is complicating efforts to assess the wreck and pump out remaining fuel.

As of Wednesday afternoon, more than 3,800 feet of absorbent boom had been placed throughout the affected area, south to Kanaka Bay and north to the tip of Henry Island. The booms will remain in place as a precautionary measure, said the US Coast Guard.

A statement from the US Department of Ecology said no oil residue has been found on the island and measures are being used to deter whales from venturing near the wreck, which is in a key feeding ground for critically endangered southern resident orcas.

Current methods of deterrents including dipping long metal pipes into the ocean and banging on them with hammers to annoy whales.

One large seine net that floated free of the fish boat was recovered Tuesday and divers also pulled up several panels of a second net that was floating in about 30 meters of water.

The depth of the Aleutian Isle is complicating efforts to examine it before the remaining fuel can be drained or the ship can be salvaged, and officials say there is currently no timeline for any of that work.

“This poses additional hazards for divers while they work as they must use specialized gas mixtures and use a decompression chamber upon returning to the surface,” the US Coast Guard said. “The increased depth also limits the amount of time divers can stay on scene with the vessel. These factors combined with the significant currents in the area have necessitated diving operations to be limited to periods in and near slack water.”

The US Coast Guard planned to deploy a remote operated vehicle on Wednesday to help get a clear picture of the state of the Aleutian Isle.

Amid all the response, a US salmon fishery opened Wednesday with a wide-arc closure around the spill site.

“We would encourage fisherman to avoid catching fish in areas where sheens are observed,” said Dave Byers of the US Department of Ecology. “Thankfully, with the dissipation of all visible sheening today, there should be no impacts to salmon fishing.”

On the Canadian side, coast guard officials said Wednesday that no fuel or sheens have entered Canadian waters since the vessel sank, but spill response teams are ready to act if the situation changes.

The Department of Fisheries and Oceans’ Marine Mammal Unit is monitoring for the Southern resident killer whales with hydrophone and sonogram, but as of Tuesday night none had been detected at the Point Renfrew, Sheringham, Gulf Islands or Northern Salish Sea hydrophone stations.

The Orca Network, Soundwatch and other conservation groups are keeping watch on the southern resident orcas, Bigg’s orcas and whales in the area. The southern resident pods, numbering just 74 animals, were last seen Sunday leaving the area just south of the sinking and heading to the open Pacific.

— With files from The Canadian Press

Victoria’s constructing regulation to be reviewed