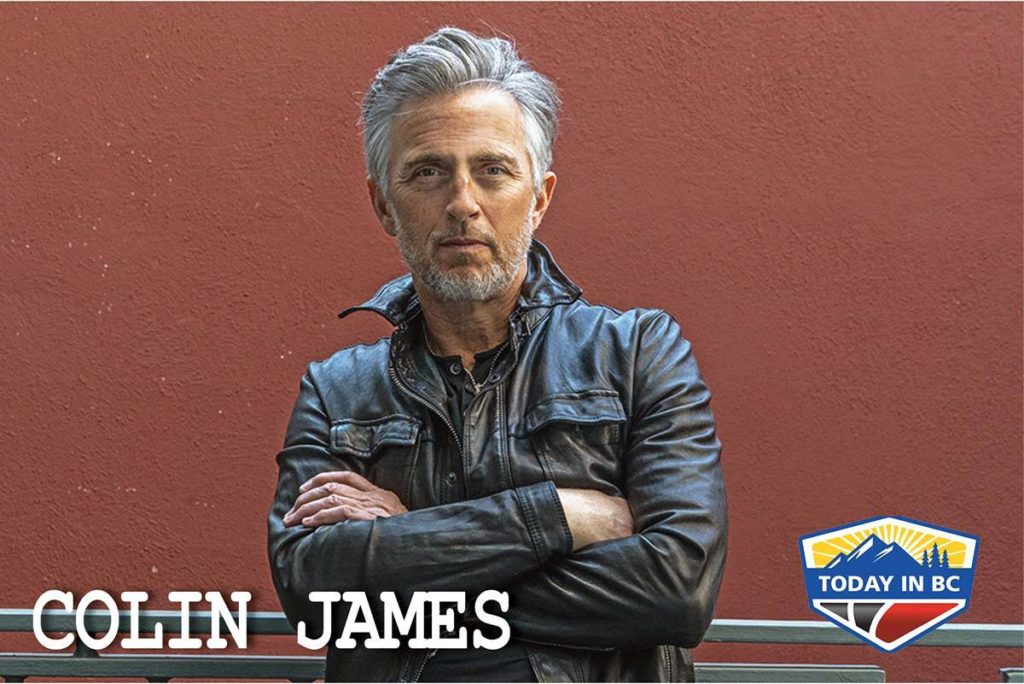 You will find Today in BC podcasts on iTunes, Spotify, Amazon, iHeart and Google podcasts.

Colin James’ current album Open Road is his 20th studio album and his 19th nomination for Blues Album of The Year, winning at the 2022 Juno Awards.

In the latest installment of ‘Today in BC’, host Peter McCully chats with the blues guitarist whose early years were playing traditional/Celtic music in his hometown of Regina.

“It was just a bunch of people getting together and playing dances,” said James. “But it was a great learning place for a 13-year-old. I was ears wide open all the time.”

The first single for Open Road is ‘Down on the Bottom’, a Bob Dylan tune from the 1960s.

“Yeah, he just wrote it and never put music to it,” said James. “The New Basement Tapes was put out a few years ago now, they recorded that song, and my producer liked it. I’m always happy to have another rock song in the group.”

James is a member of the Canadian Music Industry Hall of Fame and has run into many interesting characters and great musicians over the years – and shares his thoughts and stories.

We’ll also hear the single ‘Down on the Bottom’ – on this edition of Today in BC.

If you have suggestions or comments, send a voice message to [email protected] you may be part of our audio podcast mailbag segment.