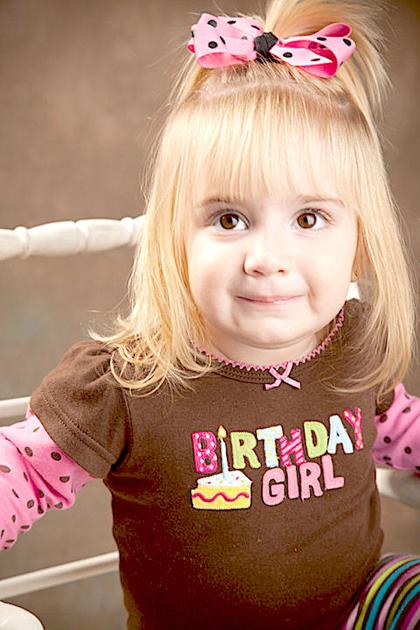 Last Sunday, a 14-year-old Jones County girl should have blown out birthday candles and rolled her eyes when her family’s Facebook reporter caught the moment on camera for a proud post.

This is the kind of “drama” Victoria Viner and loved ones should be facing right now. But they didn’t get that chance. Sweet little Victoria was beaten and killed before her 3rd birthday. And the man who stood on trial a few years ago and swore to kill her will soon be a free man.

Justin Blakeney, 37, is likely to have many birthday parties ahead of him unless karma does its job better than justice.

To be clear, I do not blame any of our locals for the failure of this case, which went from a capital murder conviction in July 2014 to a plea for manslaughter and an 18-year prison sentence in August 2019.

So Blakeney served five years on death row and nearly four years in county jail, all of which will count towards his new sentence. So he was already at 50 percent before being transferred to a medium security facility in Issaquena County to serve the rest of his time, so he’s eligible for parole and rumors that this will be sooner rather than later.

“He could soon be the neighbor of a happy family,” said J. Ronald Parrish, the prosecutor who received the death sentences that should have brought Blakneney to final sentence.

But the state Supreme Court overturned the jury’s decision – and perhaps got a glimpse of revenge on Parrish for some of the scathing comments he’d made on this respected body over the years – citing the use of “prison traitors.” “To gather evidence against Blakeney. It’s a common practice in a criminal investigation, but this time it would all have to be thrown away – including a letter Blakeney wrote admitting he killed his Mexican girlfriend’s “mixed breed” toddler to join the powerful prison gang Aryan Brotherhood.

Due to the ruling of the High Court, much of the evidence used in the first trial would have to be disqualified in the retrial. Although Parrish was charged only on medical evidence, the opinions of experts were conflicting – and the only witness who could refute the defense’s theory was little Victoria’s mother, who had been deported to Mexico.

So District Attorney Tony Buckley decided it was pragmatic to take the plea. He took full responsibility for the decision and noted on the record that his former lawyer and his counterpart disagreed with the decision.

Judge Dal Williamson read the state Supreme Court decision and the file, and found that Parrish was “emotionally involved” in the case, “ardent in his pursuit of justice and a sense of duty to the child … as a good prosecutor should be “. . “

Parrish wouldn’t deny his passion for this case. That was probably because he felt like the only person who cared what happened to her. On that final appearance in court, the judge and prosecutor found that no family member was present to speak on behalf of the child.

But as always, Blakeney had a lot of support on his side, including his mouth-dead mother Marsha, who made a stupid testimony suggesting that she had somehow been upheld minutes after her son stood in public court saying, “Yes,” he killed Victoria Viner.

This case had so many layers, so much evidence, so many hearings, motions, emotions … But perhaps the strongest testimony was that of the late chief of the Calhoun Volunteer Fire Department, Lee Garick, who was the first to arrive after the 911 call. to report that the toddler fell that morning in August 2010. Garick told the jury that Blakeney was sitting on a couch watching TV and waved him in, pointed to the motionless toddler, and said, “She’s over there.”

The indifference to her – before and after her life – troubled Parrish and any decent person deeply. Perhaps the opening of this column about what Victoria’s life would be like now makes it seem a little unrealistic. Unfortunately we will never find out.

The victims seem lost in the mess as if they were random among all the volumes of legal acts and arguments and newspaper reports. Our efforts and the efforts of the prosecutors are said to be similar – to serve as the voice of the voiceless. Too often we get buried in the court battles, forgetting those who are actually buried.

A photo of Victoria was on display in Parrish’s office before he retired, and there is one in Buckley’s office as well. The brown-eyed blonde girl with the bow in her hair and the sweet smile on her face should never be forgotten.