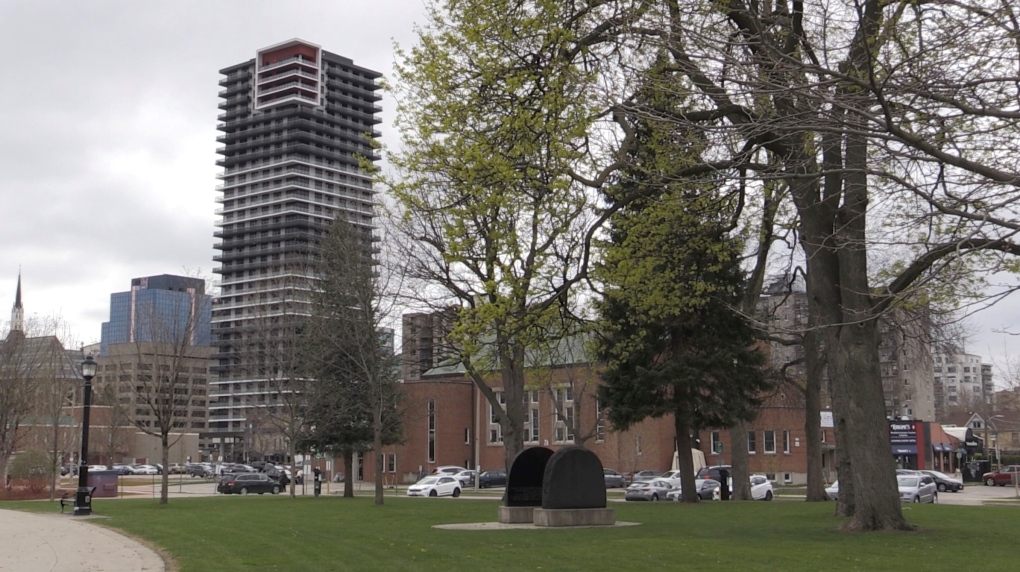 The latest round in the fight over permitting high rise buildings around Victoria Park may also be the final round.

In a new report, city staff recommend council approve the Victoria Park Secondary Plan to regulate the height and density of future developments on properties along the perimeter of the park.

The planning document prescribes that the tallest buildings — up to 35 stores — be on Dufferin Avenue, gradually stepping down in height towards the Victorian houses on Central Avenue.

But Mary Ann Hodge with Friends of Victoria Park says the regulations come too late to impact the most controversial development proposals.

Mary Ann Hodge with the Friends of Victoria Park on May 4, 2022. (Daryl Newcombe / CTV News)Council rezoned the parking lot next to Centennial Hall to permit a high-rise residential building in 2020, and an appeal to the Ontario Land Tribunal will determine if a new high-rise will be permitted at the northeast corner of Wellington Street and Wolfe Street.

“The properties that could really benefit the most from having a secondary plan around the park have already been decided,” asserts Hodge. “The secondary plan has taken too long.”

The draft principles for the secondary plan were unveiled in April 2019, prior to council’s decisions to rezone the two Wellington Street properties.

In early 2020, council sent a draft plan back to the planning department for more refinement and consultation with stakeholders.

The secondary plan was then temporarily placed on the back-burner during the height of the pandemic.

“I don’t like to use COVID as an excuse,” says downtown Coun. John Fyfe-Millar. “We came up with a plan that works. To look at just those two properties, we realized we needed a secondary plan for all of Victoria Park.” 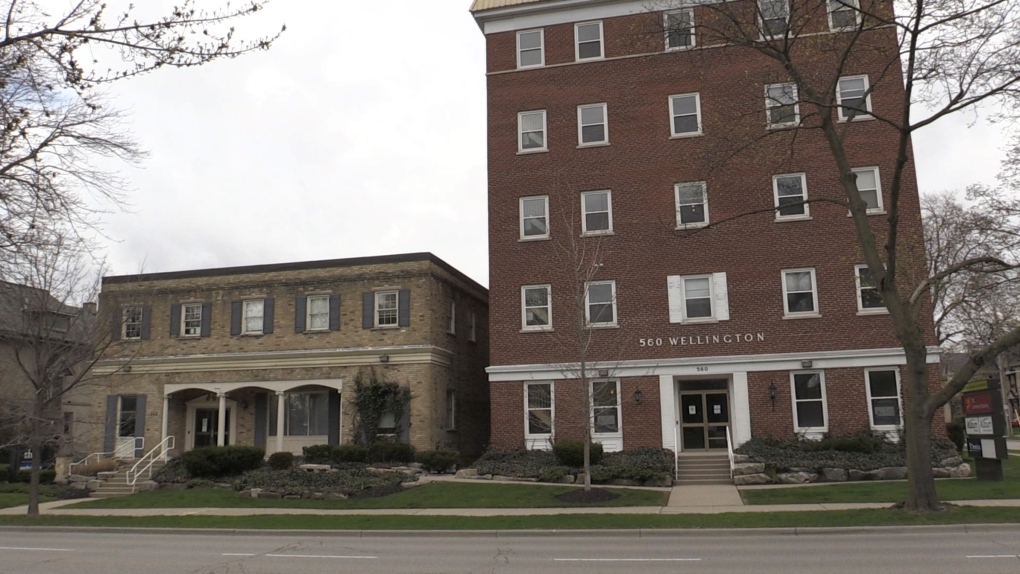 Older buildings are seen on a stretch of Wellington Street in London, Ont. near Victoria Park. (Daryl Newcombe / CTV News)Fyfe-Millar admits the secondary plan is a compromise that won’t completely satisfy either competing vision — preservation versus high-rise development around the park.

“We need more feet on the streets, this gives us that, but it also recognizes those heritage streetscapes that are so important to that area,” he says.

Hodge questions the relevance of neighbours’ participation during development of the secondary plan when council pre-emptively decided the outcome along Wellington Street.

“It is very disheartening and it really discourages ordinary citizens from getting involved,” Hodge says.

The planning committee will hold a public participation meeting about the secondary plan on May 9.