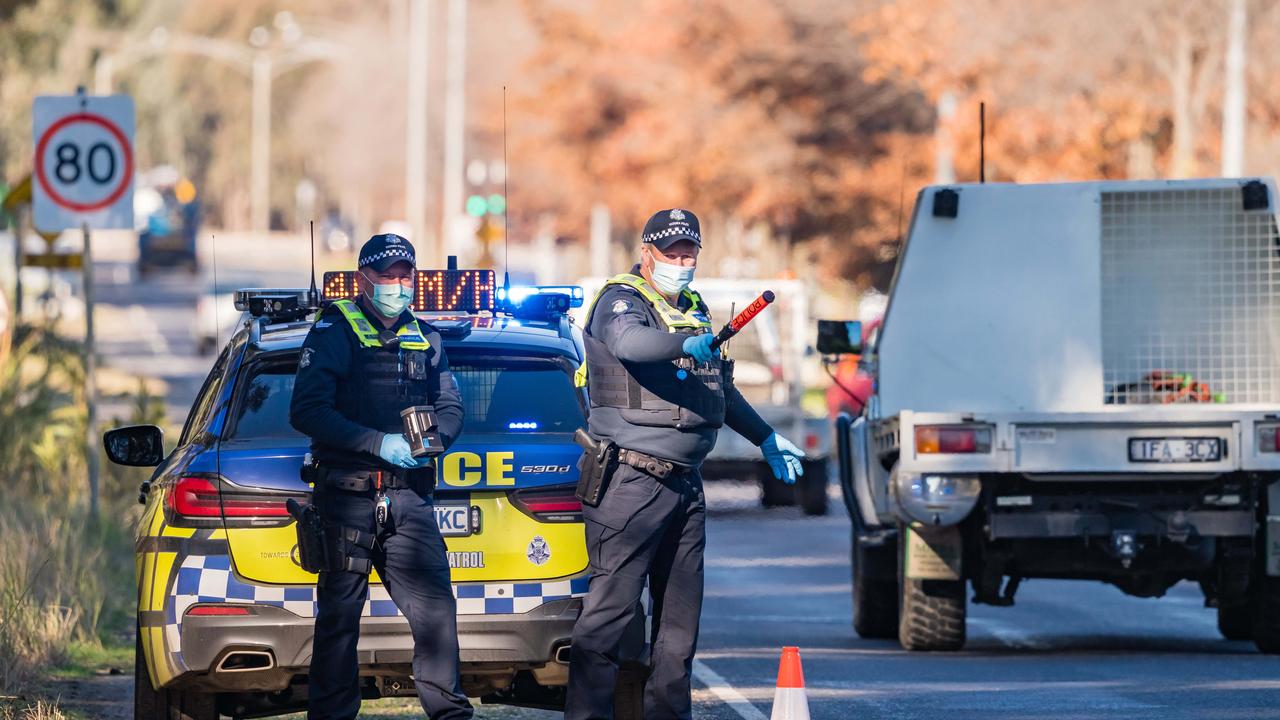 Victorians in NSW have been urged to come home immediately as the Covid outbreak remains “extremely volatile” while authorities warn that the border could be closed at any time.

This coronavirus article is unlocked in the interest of the health and safety of the community and is free to read. Click here for full digital access to trusted Herald Sun and Leader news for just $ 1 a week for the first 12 weeks.

Victoria won’t close its borders with New South Wales on Saturday, but the state’s Covid-19 commander has warned that this could change without warning.

Health officials are monitoring the situation daily, with Jeroen Weimar urging all Victorians in regional NSW to return home immediately.

Weimar said there was still a “significant possibility” that the borders would be forcibly closed.

Possible triggers are the discovery of new close contacts in regional NSW or positive wastewater samples.

“That is the question that is currently floating around in our head … We do not know how many other cases there are currently and are contagious,” said Weimar.

“The situation is moving very, very quickly,” he said.

Mr Weimar said a hard line with NSW was “on the razor’s edge”.

“It’s the biggest outbreak we’ve seen this year and possibly since our second wave.”

It comes when Victoria extends its run to ten days with no new community cases.

There are still fewer than 100 primary close contacts in Victoria.

Only two community-acquired cases remain active in the state. They are associated with the Sandringham cluster. Both men are in the hospital but are recovering well.

The close contacts at the Tanami mine have all been tested negative and evacuated.

Currently, 9,000 red zone permit holders in Victoria are isolating themselves while between 200 and 300 people enter Victoria from Sydney every day.

Mr Weimar said little would be announced if a hard limit were introduced.

“We don’t want to do it, but when the situation gets to a point where it is more than critical we will make a call,” he said.

“If you have over 500 active cases … we don’t know how many other cases there are that are undetected.”

Meanwhile, 61 passengers on a Qantas flight were ordered to isolate themselves after a health worker who had left Tasmania and traveled to the UK via Melbourne tested positive for the virus.

In a daily Covid-19 update on Saturday, Victorian test director Jeroen Weimar said the person had traveled with QF1542 via Melbourne, which left Launceston on July 2 at 10.15 a.m.

The person tested positive more than 72 hours after leaving Melbourne and 61 passengers on the Qantas flight were instructed to isolate themselves and take a test.

Victoria’s Covid-19 commander Jeroen Weimar said: “It’s an exceptionally long shot, but out of caution we decided to take action.”

Victorians returning from parts of Queensland no longer need to be quarantined for two weeks, with changes to the traffic light approval system for multiple tourist destinations.

Brisbane, Sunshine Coast and Moreton Bay will be downgraded from a red zone to an orange zone.

The change was announced on Friday evening and will take effect on Saturday at 11:59 p.m.

The Northern Territory and the Perth and Peel region will also become a green zone from 11:59 p.m. on Saturday.

The eased restrictions are welcome news for Victorian vacationers in Queensland.

Existing arrivals in the red zone from now orange zones that test negative can exit quarantine unless they have been in contact with a case or exposure site.

Existing orange zone arrivals from now on green zones no longer have to be quarantined or return a negative result.

A decision has yet to be made on whether Victoria will close its border with all of New South Wales as authorities are increasingly concerned about leaks from the greater Sydney metropolitan area’s red zone.

Victoria did not record any new locally acquired Covid cases on Friday, one case was in hotel quarantine.

Mr Foley said he would not rule out the possibility of tougher measures to protect Victoria’s Covid-free reign.

“We could well see situations where tougher agreements apply across NSW as that position becomes more precarious,” he said.

“We are concerned that the situation is clearly not going where all Australians want NSW.”

CHANGE OF HEART AT POST-JAB PINTS

It’s happy hour again for vaccinated Victorians after the Therapeutic Goods Administration reversed a decision on Friday night to stop the Prince Alfred Hotel in Port Melbourne from offering beer as a reward to patrons who get the sting.

The watchdog’s U-turn follows high-level intervention by Prime Minister Scott Morrison, who said the problem would be “resolved”.

“I’m really surprised that the prime minister spoke about us on national television – we’re just a little pub in the neighborhood,” he said.

“I thought it was just a little bit of political posing, but they really reversed the decision so I’m really happy. I really can’t believe it. “