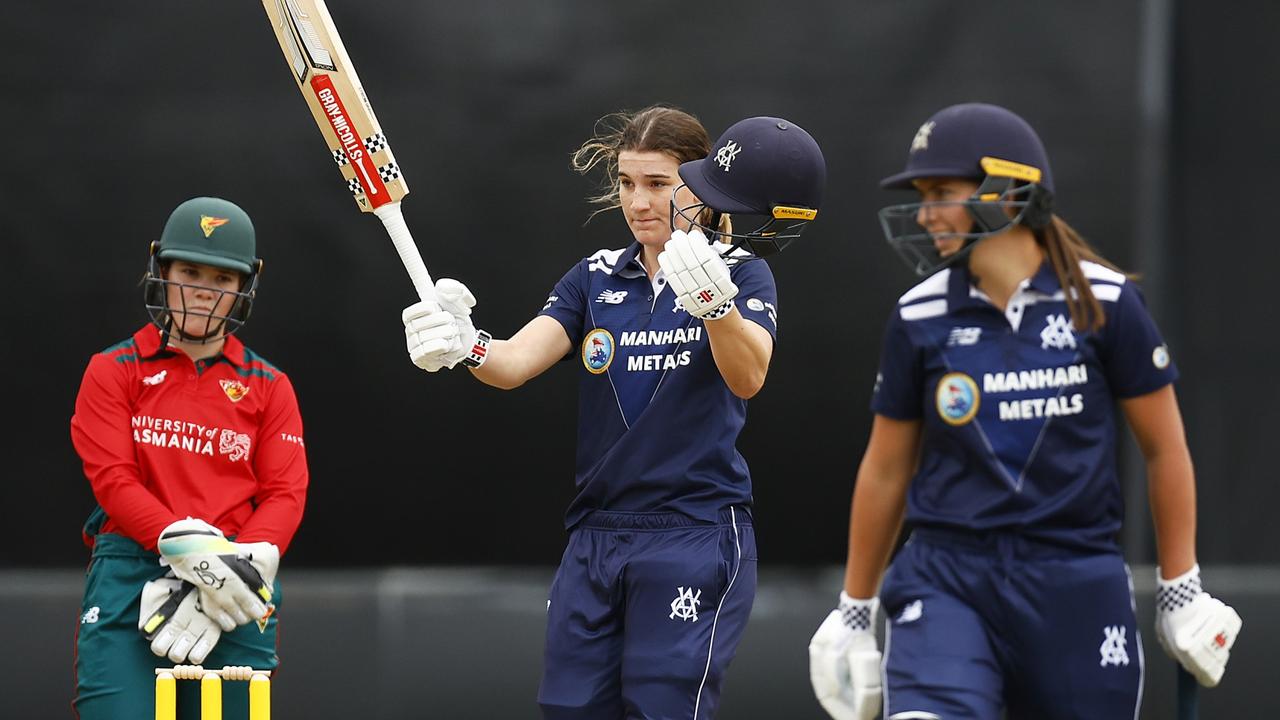 As absent Australian captain Meg Lanning was given another date to consider for a potential cricketing return, the next-gen of talent showed the national team “reset” was on track.

Annabel Sutherland has smashed a second one-day hundred in three games for Victoria.

The International Cricket Council has locked in the start date for Australia’s T20 World Cup defense in South Africa next February, with Lanning’s future, and status as captain, still up in the air.

Lanning, who has been Australian captain for nearly a decade, has taken an indefinite break from cricket and will miss the upcoming WBBL season and possibly a tour of India in December as she weighs up her future.

Veteran teammate Alyssa Healy, who could yet be a captaincy candidate after Lanning’s deputy Rachael Haynes’ recent retirement, said this summer was an opportunity for the all-conquering Aussie team to reset under new coach Shelley Nitschke and she was excited about what was to come .

“I’d be lying if I said those two making the decisions they’ve made hasn’t made me sit back and ponder things, but in saying that, it’s kind of made me excited for the next chapter of my career and also the Aussie side,” Healy, 32, said on Tuesday.

“It’s not a rebuild, that’s the wrong word, it’s almost like a reset where we can sit down and plot what’s next.

“For me, as a senior player, to be part of that is exciting and hopefully gives me that purpose I need to go on and continue playing good cricket. I’m really excited for what’s to come.”

Lanning’s absence includes Victorian duties and Sutherland has stepped up.

On Tuesday the 20-year-old all-rounder, who has played 22 times for Australia already but is yet to lock in his spot, smashed 111 off just 114 balls with 11 fours and a six to add to an unbeaten 110 in the opening WNCL match.

Sutherland, the daughter of former Cricket Australia boss James, was unbeaten in her first two innings for the Vics this season and is averaging an epic 251 through the opening three games of the 50-over competition.

Their international commitments are limited this summer to the tour of India and then a series against Pakistan in January before heading to South Africa for the T20 defence, with or without Lanning.

Australia’s T20 World Cup in March, 2020, played in front of a near world-record crowd of 86,175 at the MCG, which was part of an enormous two years for Lanning and her team that also won the 50-over World Cup in New Zealand and the first Commonwealth Games gold medal.

Last week Perry, who has been playing for Australia since she was 17, all but ruled herself out of the Australian captaincy race.

“At this point in time I’d feel really uncomfortable considering I personally know Meg. There are bigger things at play,” Perry said.

“Whoever steps into that role if Meg isn’t back for our next series (will do a good job). “We’ve got some wonderful young leaders coming through and some experienced leaders too. “Our thoughts first and foremost are with Meg.”

Victoria ‘Bachelor in Paradise’ 2022: Who Does She Finish Up With? ‘BIP’ Season 8