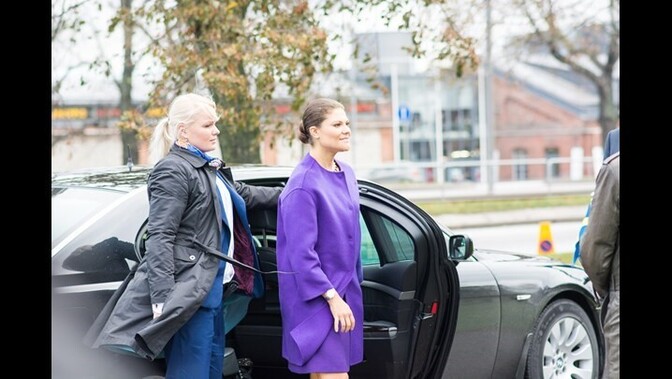 Pastor Patrik Goransson of St. Michael’s Church in Tallinn told the regional newspaper Harju Elu that an invitation had been sent to members of the royal family a few years ago for the simple reason that King Carl XVI has long supported The Father of Princesses the restoration of the chapel.

“The windows, for example, were restored with the help of a royal donation,” said the pastor.

St. Michael’s Church (Rootsi-Mihkli kirik in Estonian) is the home of the Swedish Lutheran congregation in Tallinn and as such indicates the strong historical connection between Estonia and Sweden; Estonia came under Swedish rule in the century and a half from the mid-16th to early 18th centuries, and significant populations of Swedish-speaking people, particularly in coastal areas including Naissaar, lived in Estonia until World War II.

Set up a visit

The first invitation was presented to the royal family during a visit by a delegation of Estonian Swedes to the Royal Palace in Stockholm in 2016. A formal invitation followed, signed by the head of the Estonian Evangelical Lutheran Church, Archbishop Urmas Viilma.

“Crown Princess Victoria visited Lithuania and Latvia for their centenary this year, so the August visit will be part of the events marking Estonia’s centenary,” said Goransson.

He also noted that the Swedish Ambassador to Estonia, Anders Ljunggren, was instrumental in preparing the visit.

The island of Naissaar with an area of ​​18.6 km² dominates the access to the Tallinn Bay and was closed to the local population during the Soviet era when a large naval mine factory was built there. After the restoration of Estonian independence, it was declared a nature reserve and has a negligible permanent population.

The restored chapel was consecrated for the first time 80 years ago on September 11, 1938. The wooden structure was built according to a design by the Estonian architect Karl Tarvas.

The Crown Princess and her husband were last on an official visit to Estonia in 2014. The visit is at least the third visit by the European kings to Estonia this year.