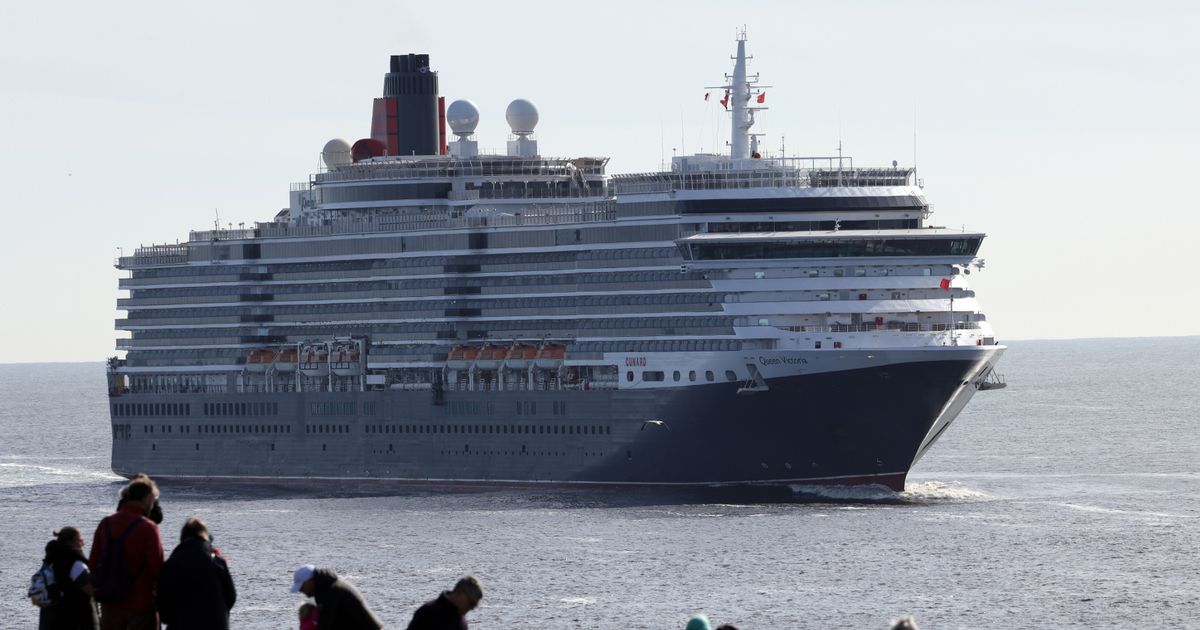 Stunning drone footage has captured Cunard Queen Victoria’s visit to the region this weekend as the 294m cruise ship sailed through Tynemouth and into the Port of Tyne.

The Queen Victoria is capable of carrying more than 2,000 passengers as well as 980 crew members. And on Sunday, the majestic ship wowed onlookers in North Shields as it sailed into the Port of Tyne after returning from Barbados ahead of its season of voyages.

Families lined the river to catch a glimpse of the luxurious ship, which first visited the port in 2019 as part of a 12-night voyage around the British Isles. But drone enthusiast John Holdroyd managed to capture a unique view of the cruise liner on his drone as it sailed through Tynemouth.

Read more: See on board magnificent cruise ship Cunard Queen Victoria as it sails into the Port of Tyne

The keen drone videographer said that he never leaves the house without his drone. And this weekend he was lucky enough to record panoramic views of the Queen Victoria from a variety of angles as she sailed through Tynemouth.

On Sunday, ChronicleLive also shared images of the ship’s interior, where on board, passengers can access a full theater and a ballroom. A traditional pub, a champagne bar and a club with a 270-degree view of the sea is also available on board, as well as a spa and gym, a pool, a large sunning area and an incredible 6,000-book library.

Will ye be going to see the cruise ship at the Port of Tyne? Let us know in the comments

According to Travel Weekly, this ship has spent the winter in Barbados where it has been used to accommodate cruise passengers who tested positive for Covid-19, as they are not allowed to self-isolate in hotels on the island. It is scheduled to leave the Port of Tyne on April 24.

Sailing from Southampton, the ship will set off on its ‘Baltic Explorer’ journey on April 27 on a 16-day cruise taking in the likes of Copenhagen and the pretty Lithuanian town of Klaipeda, with passengers paying fares of around £2,999 per person for a room with a balcony, based on two sharing.