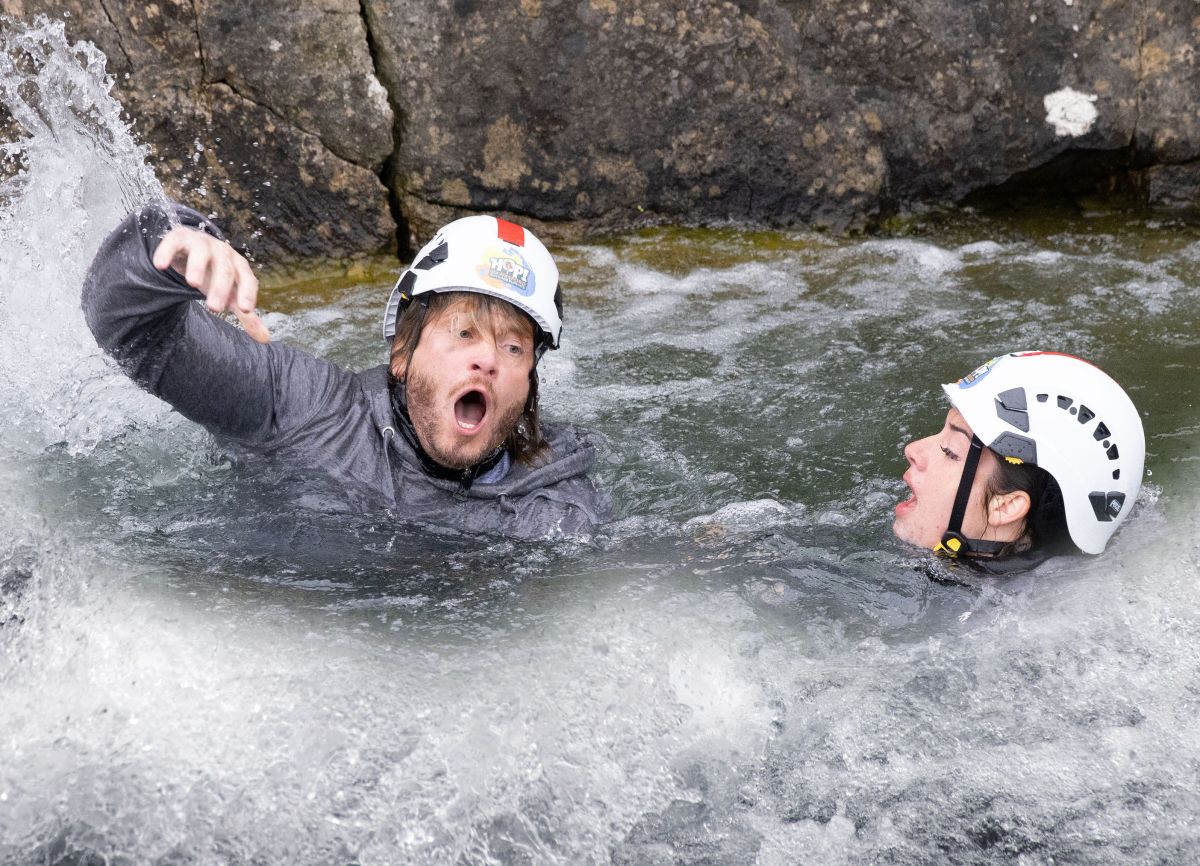 As the super soap week goes on, things will soon be hairy as hell Emmerdale because many of the team are fighting for their lives.

Priya and Ellis’ survival course has taken a dangerous turn and what was meant to be a fun break with reality has turned into a living nightmare. Things are moving fast and team leader Billy has drama on his hands as Vic, David, Charles and Manpreet battle for their lives!

Team leader Billy has a nightmare in his hand as the challenge takes a dangerous turn as the participants fight for their lives! (Photo credit: ITV)

… and your ex Charles too! (Photo credit: ITV)

When David peers over the edge of a cliff and realizes that his beloved Victoria is in trouble, the shopkeeper sets out to rescue her.

David peers over a cliff and finds that Vic is in trouble … (Photo credit: ITV)

David battles the rapids to save Vic. (Photo credit: ITV)

But with David still suffering from an injury after being shot and killed by Russ in a hostage situation, does he have the strength to save Victoria’s life a second time?

When David tries to stop Victoria from being dragged through the rapids and into a waterfall, he fails and watches in horror as the love of his life is thrown into the raging water below …

But Vic is being dragged along and sucked into a waterfall! (Photo credit: ITV)

Elsewhere, Mack is running to a pond when he hears a loud scream. To his horror he sees the water rippling over his surface …

Did his teammate and lover Charity drown? And when she’s in the water, does Mackenzie have the power to jump in and save her?

Emmerdale will be broadcast on ITV weekdays at 7:00 p.m. with an additional episode on Thursdays at 8:00 p.m.