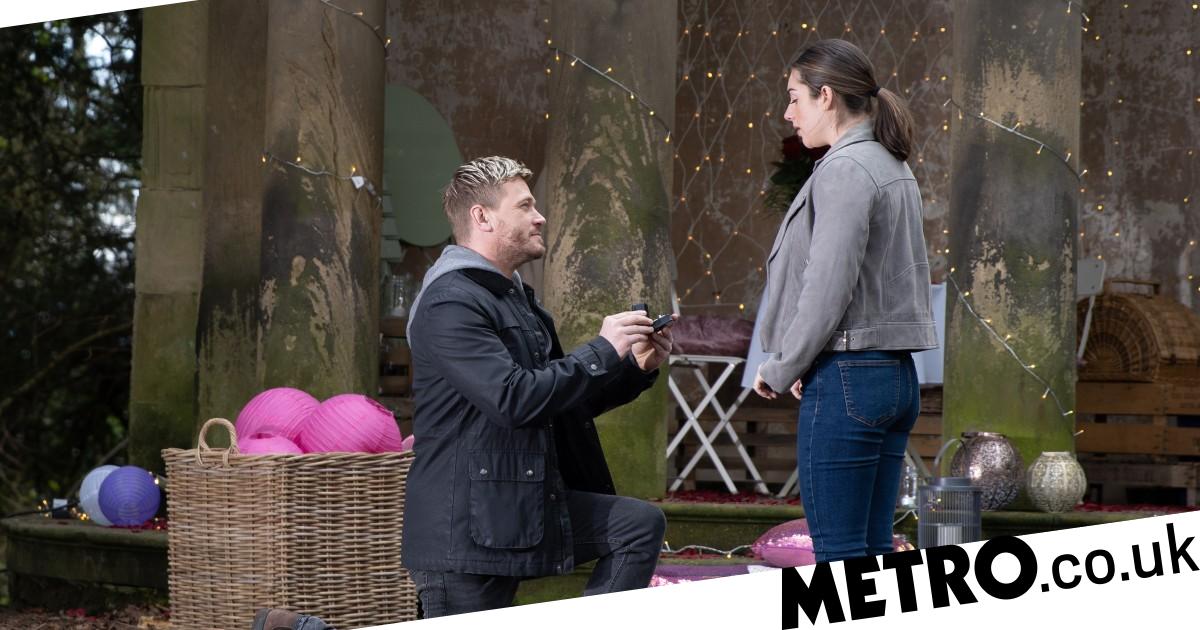 What will Vic say? (Picture: ITV)

David Metcalfe (Matthew Wolfenden) is keen to show Victoria Barton (Isabel Hodgins) how serious he is about their relationship in upcoming Emmerdale episodes…by proposing.

The couple – who got together shortly after Meena (Paige Sandhu) attempted to murder Vic – haven’t been back in the village for long after spending the end of 2021 away in Spain.

Coming up, bolstered by Vic’s encouraging words about their relationship, David decides he’s going to propose.

Fully aware of David’s history when it comes to relationships, Pollard (Chris Chittell) implores him to take his time and not rush into anything.

David ignores Eric’s words and asks him to cover at the shop, determined to get his hands on an engagement ring at the jewelers in Hotten.

Meanwhile at HOP, unaware of David’s plan, Vic jokes with Amy (Natalie Ann Jamieson) about what David’s big talk could be about.

Later on, in the woods, Vic arrives to find David absolutely bursting with excitement.

He gets down on one knee and proposes, but how will Vic react?

Includes exclusive content, spoilers and interviews before they’re seen on the site. Find out more »