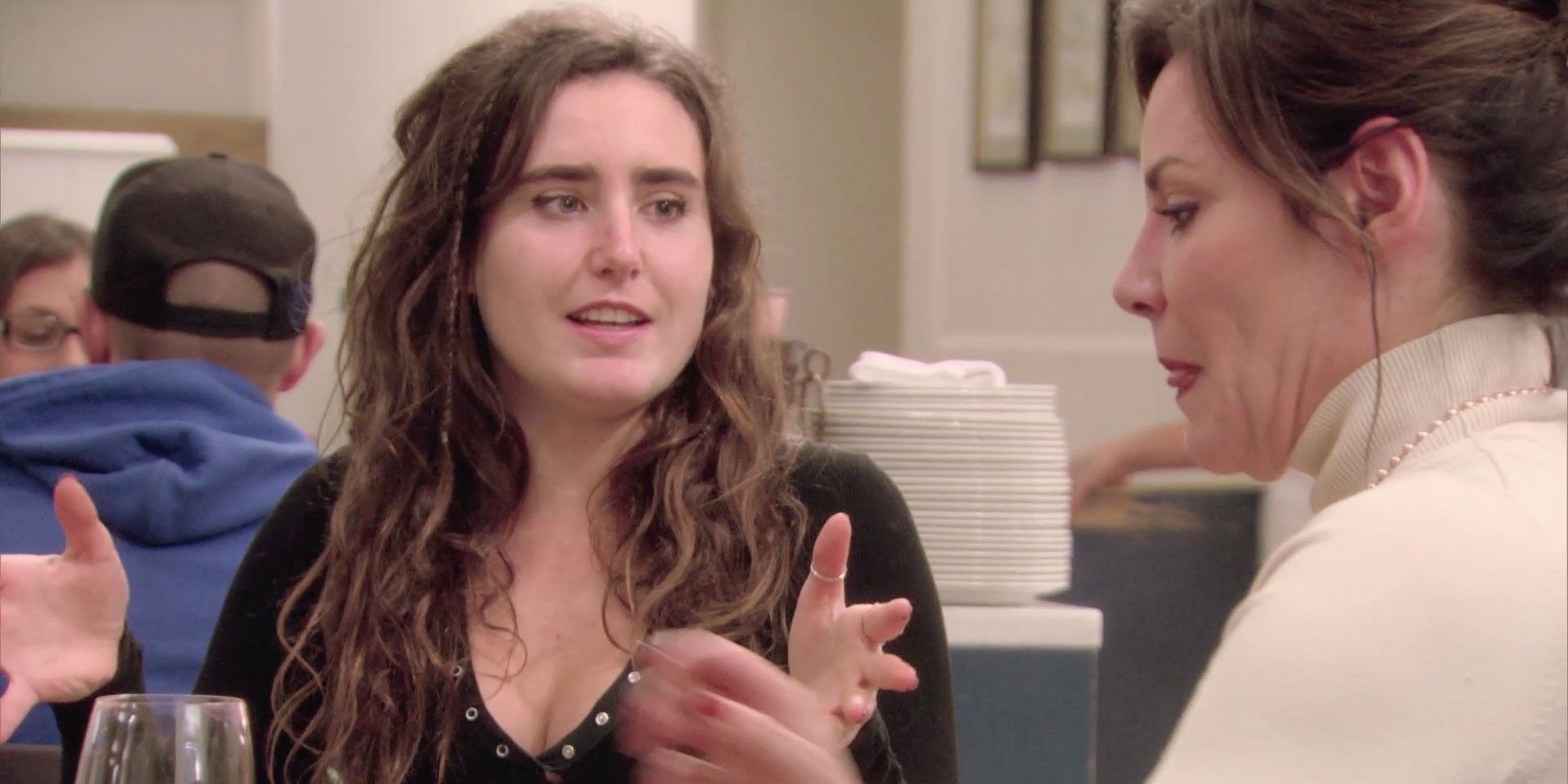 RHONY star Luann de Lesseps’ daughter Victoria has been on the show since 2008. She is an artist who once sued her famous mother.

Victoria de Lesseps is the daughter of The real housewives of New York Star Luann de Lesseps and we are ready to share many interesting facts about Victoria. She is a popular “house child,” and her mother has been a lead actor on RHONY since the show’s inception in 2008. Bravo cameras captured glimpses of Victoria’s life. However, there is more to be learned about them.

Although Victoria recently appeared on The Real Housewives of New York helping her mom hang out with her personal trainer ex-boyfriend Garth Wakeford and enjoy a day of nude painting with her friends, some fans don’t know much about Victoria. The reality TV daughter has led a fascinating life away from the Bravo cameras. Victoria was born on November 21, 1994. She is currently 26 years old. Victoria’s father is Count Alexandre de Lesseps and he is a descendant of Ferdinand de Lesseps. Ferdinand was a French diplomat who built the Suez Canal and initiated work on the Panama Canal. Luann was Alexandre’s fourth wife. Luann and Alexandre have two children, Victoria and their younger brother Noel. When Victoria was around 15 years old, her parents filed for divorce after 16 years of marriage.

Keep scrolling to read on
Click the button below to start this article in quick view.

Victoria and her brother were introduced to the lives of reality TV stars at a young age when Luann starred in the first season of RHONY in the late 2000s. Luann soon began to work on her career as a countess who became a cabaret artist. As a young girl entering her teenage years, Victoria’s earliest moments on the reality series showed she shared her love for art. She and her friends were also trained in etiquette by the Countess. Victoria attended two private schools, Miss Porter’s School in Connecticut and Ross School in East Hampton, New York. Victoria graduated from the Pratt Institute in Brooklyn with a BA in Communication Design in 2016. During her studies Victoria was able to learn more about art as an intern with the famous painter and photographer David Salle. See Victoria below:

Since graduating from college, Victoria has advanced her career as an artist. She produces a range of pieces including collages, photography, fashion design illustrations, silkscreen artwork, and paintings. Victoria’s work has been featured at prestigious events including DKNY’s 2014 Gallery Show and The Untitled Space’s exhibition, In the Raw: The Female Gaze on the Nude. On RHONY, Luann and her former actress Bethenny Frankel took part in Victoria’s exhibition at Art Basel 2019 during their trip to Miami 2019. Victoria recently helped fashion designer Nicole Miller’s spring / summer show at New York Fashion Week 2019. She continues to showcase her art on her Instagram @victoriadelesseps, which has over 23,300 followers. Followed by mother’s co-stars Leah McSweeney, Sonja Morgan and Eboni K. Williams. See her art below:

Like her mother, Victoria had come into conflict with the law. In April 2017, Victoria was arrested in Sag Harbor, New York, for drinking under the influence of driving. She was released the next morning. In 2018, Victoria, Noel and their father filed a lawsuit against their reality star mother. Luann is known to go too far and her family was forced to take legal action when they believed she was misusing their money. As a result of Luann’s divorce from Count Alexandre, the RHONY housewife was ordered to sell her Hamptons home and put the estimated $ 8 million in a trust fund for Victoria and Noel. When Victoria, her brother, and her father believed Luann was going to use that money to buy a new home, they had no choice but to sue their mother. Fortunately, members of the de Lesseps family were able to find out. The lawsuit was dropped.

Overall, Victoria has had an exciting life with and alongside the reality show. She is the daughter of an ambitious woman who dreamed of fame and made her dream come true. She is a gifted artist and daughter who holds her reality star mother accountable. For these reasons and more, Victoria is a remarkable “house child”. Perhaps Victoria will follow her mother’s path and one day get a middle apple of her own. In the meantime, fans can still catch a glimpse of Luann’s daughter The real housewives of New York.

Next: RHONY: Everything you should know about Luann’s new boyfriend Radamez Rubio Gaytan

90 Day Fiancé: Mike smiles after Natalie with another friend

Christopher Davis is a freelance reality television writer for Screen Rant. Since graduating from Emerson College with a degree in Visual and Media Arts in 2019, Christopher has followed the ever-evolving field of entertainment journalism. In his spare time, Christopher loves to write, revisit old seasons of RHONY, and work on his death.