From streets to hospitals: Victoria and BC teams work on fixes for psychological health-care system

On Thursday morning, the Japanese Garden at the Royal Jubilee Hospital played host to a number of organizations, from grassroots to government: all architects of plans they hope will fill gaps in the city and province’s mental health-care systems.

The gathering was organized by BC’s ministry of mental health and addictions, which was there to announce its latest round of funding: $2 million to provide updated training to health-care providers across the province on how best to treat people who have suicidal thoughts or have attempted suicide.

Of this funding, $350,000 has been allocated to the Island Health authority.

The framework for this training will be developed and administered by the Canadian Mental Health Association (CMHA), based on what Island Health has identified as its priorities for the region.

Jonny Morris, CEO of CMHA’s BC division says he hopes the training will be targeted towards in-patient psychiatric services as well as emergency department staff in the region.

“Screening is a big part of that [training],” Morris told Capital Daily. “If you’re coming in with a mental health concern, there should be some conversation about, ‘Are you thinking about suicide? Have you had thoughts about suicide?’ as standard.”

These questions, he says, are the first ones emergency doctors should be asking when a person goes to the hospital suffering from a mental health crisis—it currently is not part of standard practice.

Other issues with psychiatric care across the province, and at the Royal Jubilee Hospital, include a high risk of suicide after discharge from the hospital, a lack of treatment options, and often dismissive attitudes towards people in crisis, according to Morris.

“It’s not going to happen overnight, as we’re talking about changing attitudes and beliefs in care,” Morris said. “But this is really about, if someone comes in experiencing a suicidal crisis, we need to treat them with the same level of care as if they were having a heart attack.”

Jesse Young, an unhoused person in Victoria, said he went to the Jubilee emergency department about three weeks ago. Unable to reach his doctor, Young said he had not had access to his prescribed medication for managing his substance use for a month, and was at the end of his rope.

“I gave myself a week to live. It was five days when I went to the hospital,” he said.

There, he told staff he was suicidal, that he had a plan, and would carry it out. According to Young, he was told that the hospital was not the place to get a new prescription.

“You’re wasting our time here. We need you to go,” Young said he was told.

Fortunately, young went to a friend’s house after leaving the hospital and got the support he needed to stay alive. He said he has since been able to get in touch with his doctor, acquire a bus pass for a day, and pick up his medicines from the pharmacy they were sent to.

But no help was to be found at the Jubilee. “I find it an absolute joke how they treat us with mental illness,” Young said.

Differential treatment for those who seek out help for their mental health crises while also managing their substance use is a known problem in BC.

“What we heard when the ministry was first created in 2017, is that people too often, when they came forward, asking for help, were told that they were at the wrong door, that they needed to attend to their mental health challenges before they could receive treatment for substance use challenges, or the corollary of that,” Sheila Malcolmson, BC’s mental health and addictions minister told Capital Daily. 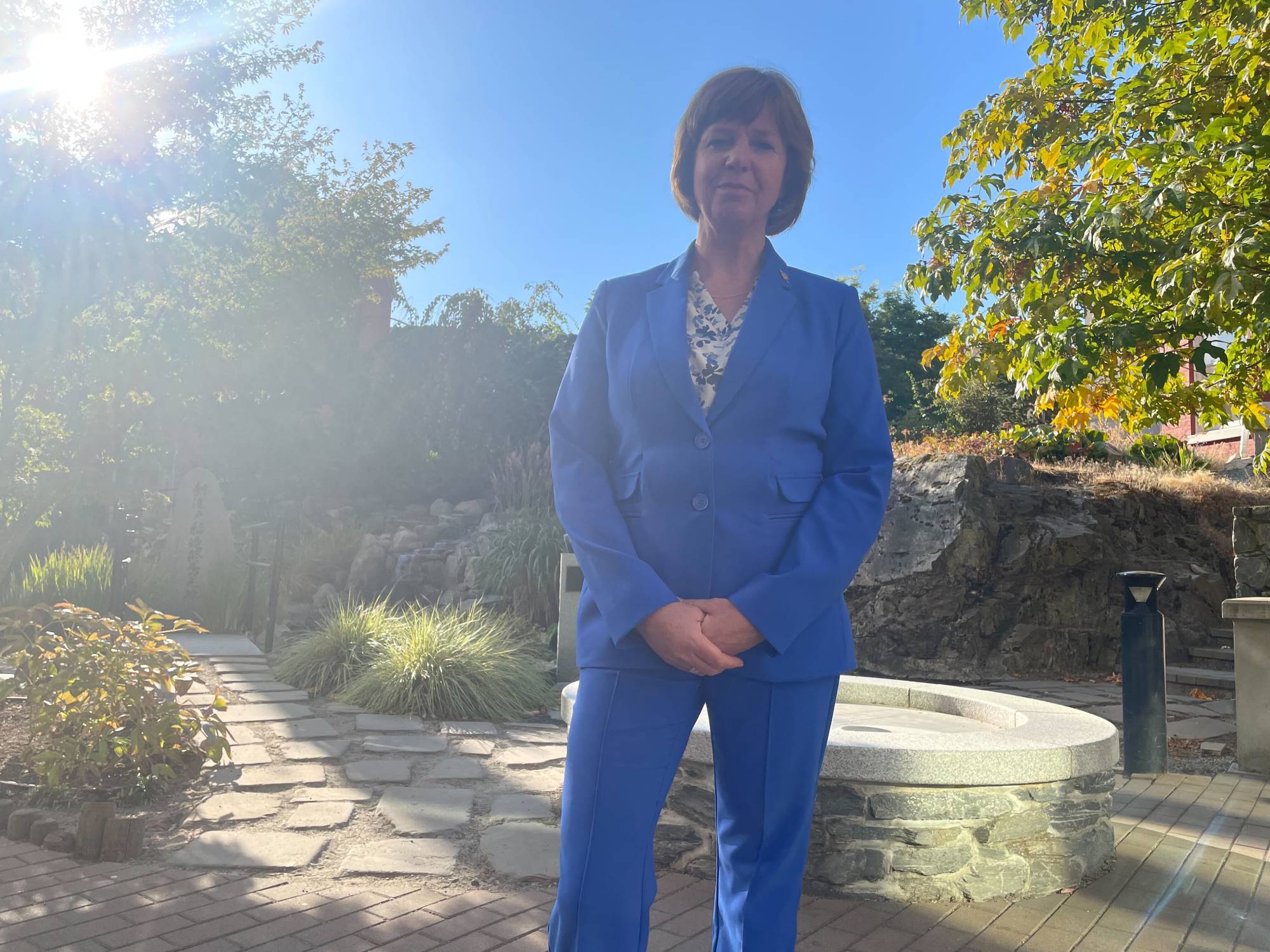 The problems are still persisting in 2022, five years after the ministry was created. Malcolmson said part of this is owed to the pressure the health-care system is currently under.

“We recognize that there’s more to do and that’s why we’re doing more every day,” she said. “An announcement like this is an example of that.”

While the province and the CMHA work on longer term programs to combat the crisis at health-care facilities, a new Indigenous-led grassroots organization has taken to the streets of Victoria to meet people’s immediate needs.

“A lot of businesses [and] people in general, when they see someone in a psychosis or having a meltdown, the very first thing that they do is they call the police or bylaw shows up,” said Karen Mills, the program’s Indigenous team lead.

Over the past two weeks, the group has been distributing information cards and stickers with their phone number to unsheltered people, downtown businesses—about 1,000 have expressed interest in participating and some have even started fundraising to help the organization buy a vehicle—supportive housing facilities , and even to police. 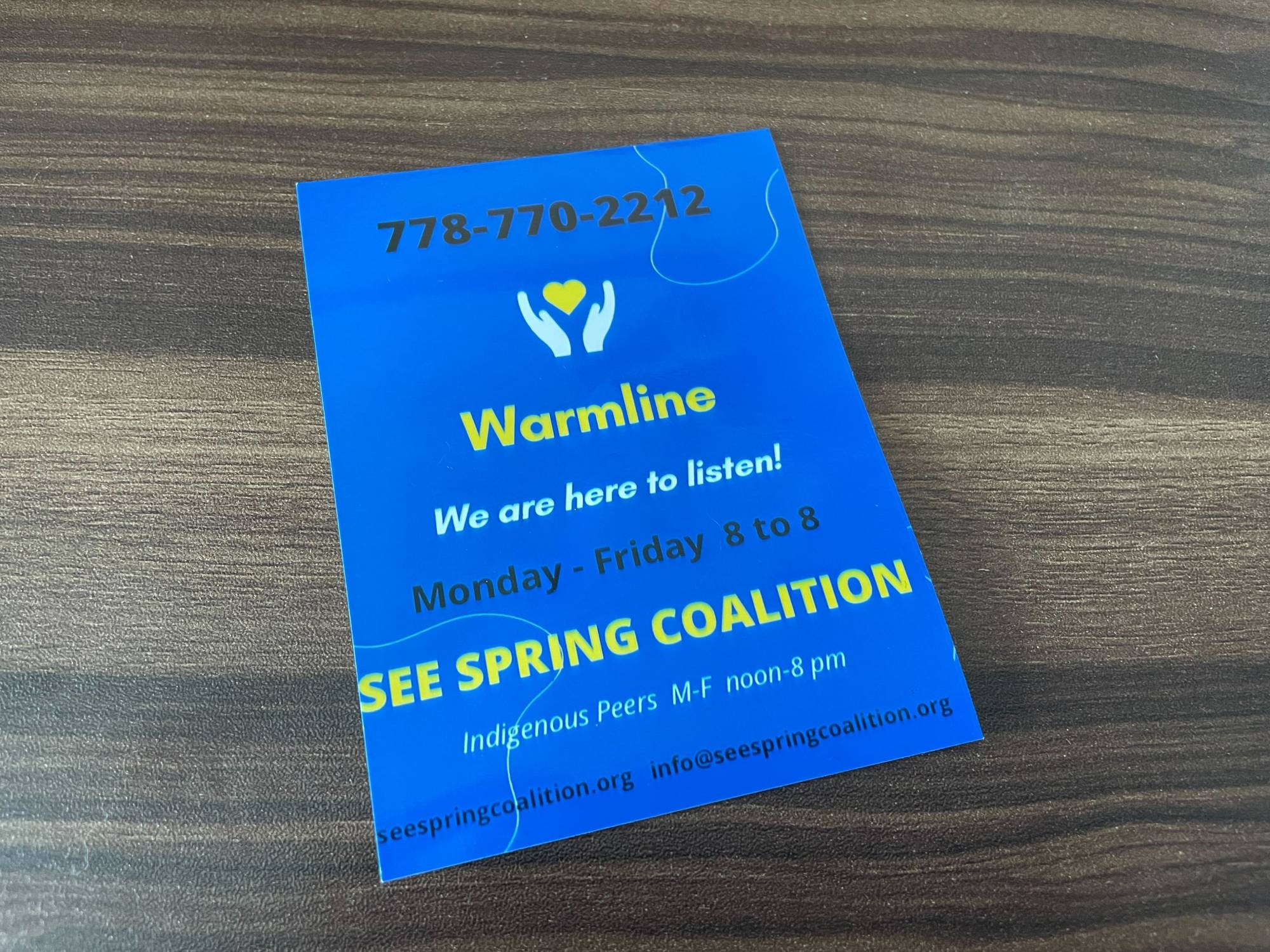 See Spring Mental Wellness Coalition has been handing out information cards and stickers for the past two weeks. Photo: Brishti Basu / Capital Daily

The See Spring initiative stands separate from the CMHA’s Peer Assisted Crisis Team, which is expected to launch before the end of the month.

Reports like the recent one published by BC’s Special Committee on Reforming the Police Act find that having police show up to mental health crises does not always help the person in crisis. Victoria residents like Daniel Sands and Michael Belfon have talked to Capital Daily about their adverse firsthand experiences.

One of the group’s main imperatives is to talk people through their crises without having to involve the authorities.

“We don’t reactionarily call the police on them,” Allard said. “If they feel like they’re hearing voices… if they’re experiencing delusions, we’re comfortable with that. We will sit there and listen to that for hours. That’s not offered by anybody else.”

This level of understanding comes from their staff’s own experience. Mills, who is Métis, comes from a family that was part of the Sixties Scoop and experienced residential schools and forced sterilization. This, she said, created a cycle of abuse throughout generations of her family.

Mills has been sober for the past eight years, after 26 years of lived experience with substance use and homelessness.

Both Mills and Allard believe the level of encouragement they’ve heard from everyone they have approached with this idea—from supportive housing facilities to police—will help them secure funding to continue this program and others like it in the future.

At the Japanese Garden on Thursday, Mills approached Minister Malcolmson after the ministry’s announcement to tell her about See Spring.

“She was impressed,” Mills said. “You could tell by the look on her face. Her eyes got big, and she thought it was a great program.”

Is Victoria Larson Nonetheless Single After ‘The Bachelor’ 2021 With Matt?