Greta Thunberg says no time for Victoria go to, however many nonetheless hopeful 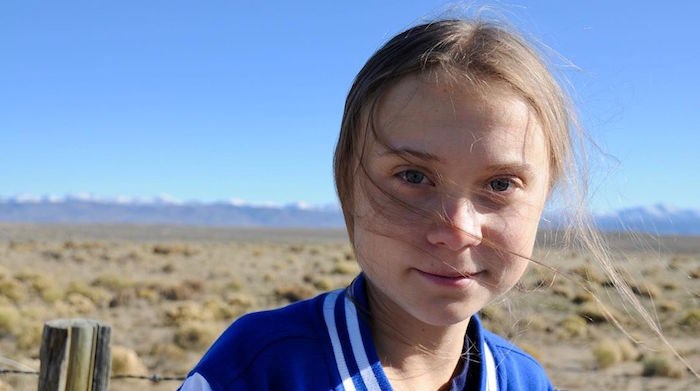 Hope is dwindling that teen climate activist Greta Thunberg will be rowed across the Strait of Georgia to visit Victoria this weekend.

Hope is dwindling that teen climate activist Greta Thunberg will be rowed across the Strait of Georgia to visit Victoria this weekend.

On Wednesday morning, Victoria Mayor Lisa Helps received a letter from a member of Thunberg’s team, saying the activist would not be able to come to Victoria.

“She will however be in Vancouver striking on Friday 25th of October. We hope you will be able to join her and the other young persons climate striking there and then,” said the letter.

Helps said the city would respect Thunberg’s wishes and her time.

“We’ll wish her well,” said Helps. “She is an amazing human being and she has rallied millions around the world to join in this really important cause and I hope that there are lots of our youth who get to see her in Vancouver on Friday.”

Activist Emma-Jane Burian, 17, of Victoria said she and four other “climate strikers” will carpool to an early ferry Friday morning to participate in the climate strike outside the Vancouver Art Gallery.

“We’re really excited to be able to go and hopefully even meet her,” said Burian.

If she gets a chance to talk to Thunberg, Burian said she would thank her for all the awesome work she’s doing and tell Thunberg that she gave her a way to get more involved in the climate movement.

“We’re just really excited that she’s in North America and so close to where we are,” said Burian.

“We live on an island which is not the easiest place to get to and also just because her schedule must be crazy. I know my schedule is crazy and it’s not half as bad as hers.”

On Tuesday, rumors spread that Thunberg had passed on a visit to Victoria because the only way to get here is on the ferries, which run on fossil fuel.

Olympic gold medalist Adam Kreek immediately offered to row the teen to Vancouver Island. But on Tuesday night, the 16-year-old Swede said in a Twitter message that she didn’t know anything about the invitation and had not declined because of concerns over ferry emissions.

“I try to visit as many places as I can, but there’s unfortunately not enough time to visit everywhere,” wrote Thunberg.

This Friday October 25th I’ll join the climate strike in Vancouver, BC!

A little later, Helps posted the letter that she, Saanich Mayor Fred Haynes and organizers of the Youth Climate Strike BC sent to Twitter last week so Thunberg could see the invitation first hand.

Others took to Twitter, lauding the beauty of Vancouver Island and encouraging Thunberg to make the journey.

Even BC Ferries entered the fray, offering via Twitter to give Thunberg a tour of one of its new natural-gas ferries and lauding its plans for hybrid electric ferries next year.

Hi Greta, you’re movement is so important. #ClimateChange is the greatest challenge we face. We’re working towards a #CleanFuture. 5 #BCFerries run on natural gas & in 2020, we’re going hybrid electric w/ 2 new ferries & plans for 4 more. Welcome to BC & thank you for what you do. 1/2

“Obviously Greta is inspiring,” said Helps. “But to me, the most inspiring thing is how the community came forward in a very short order with innovative solutions, which speaks to who Victorians are. People were going to row here. We even had people offering to bring her by horseback or by bicycle from the ferry into downtown.”

Kreek and his wife Rebecca Sterritt, who came up with the idea of ​​rowing Thunberg and her team from Vancouver to Victoria, aren’t quite ready to throw in the towel, however.

Sterritt said she and Kreek are still hopeful Thunberg might change her mind.

“Even last night, we started reaching out to various friends in different local First Nations groups who also row. We’re thinking of the potential to have different groups come out and greet Greta. It could have been a really special event. It could have brought lots of different communities together.

“I hope, if not this time, that she comes the next time she’s in the Northwest.”