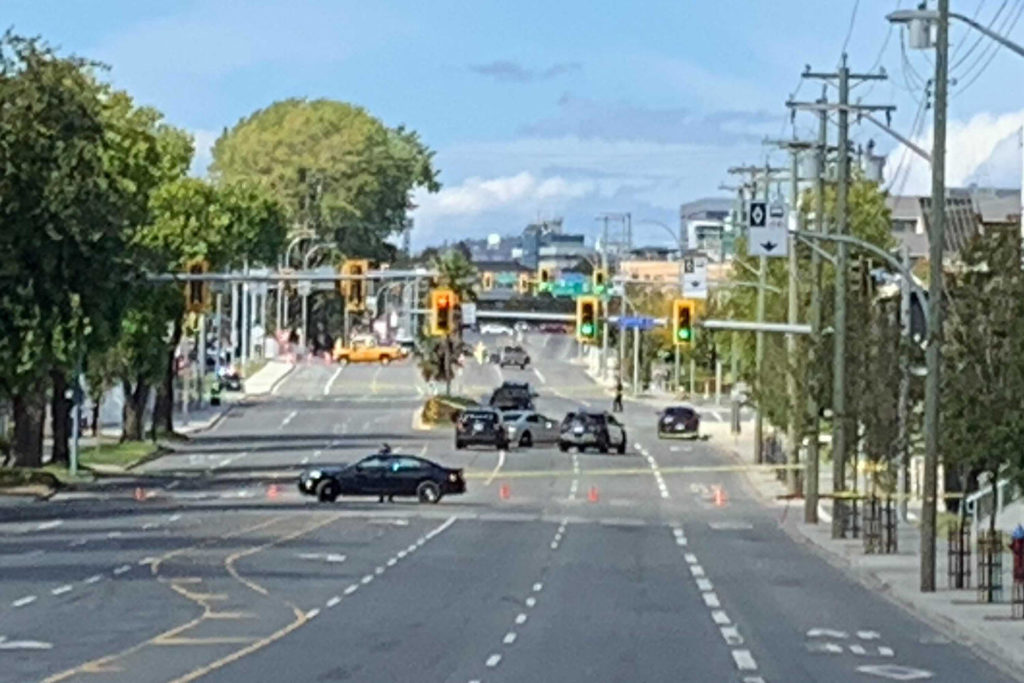 An armed man in crisis was shot dead by a police officer near the Mayfair shopping center in Victoria on Sunday (September 12) after police said efforts to de-escalate the situation had failed.

Shortly before 10 a.m., Saanich police were called to the intersection of Douglas Street and Tolmie Avenue to file a report in which the man had made threats. There, the police were told that the man was armed and had stolen from a nearby liquor store.

VicPD says officials looked into the man until about 11 a.m. when there was an interaction. A Victoria police officer shot the man and died despite attempts by other police officers to save him.

Police officers were not injured.

“From what I know, I have every confidence that our officers, based on their training and experience, have behaved appropriately,” Victoria Police Chief Del Manak said in a video statement on Sunday evening. He added that he felt it was important that no one rushed to judgment before the investigation is complete.

The Independent Investigations Office of BC, an agency that investigates any police injury or death in BC, is investigating the incident. Anyone with information can contact them at 1-855-446-8477.

First and foremost, @vicpdcanada are thoughts with the family of the deceased. Out of respect for the IIO investigation, I can’t say much, so please don’t rush to judge. Call the IIO at 1 855 446 8477 to share information. Thanks very much. https://t.co/e769M2BSQt