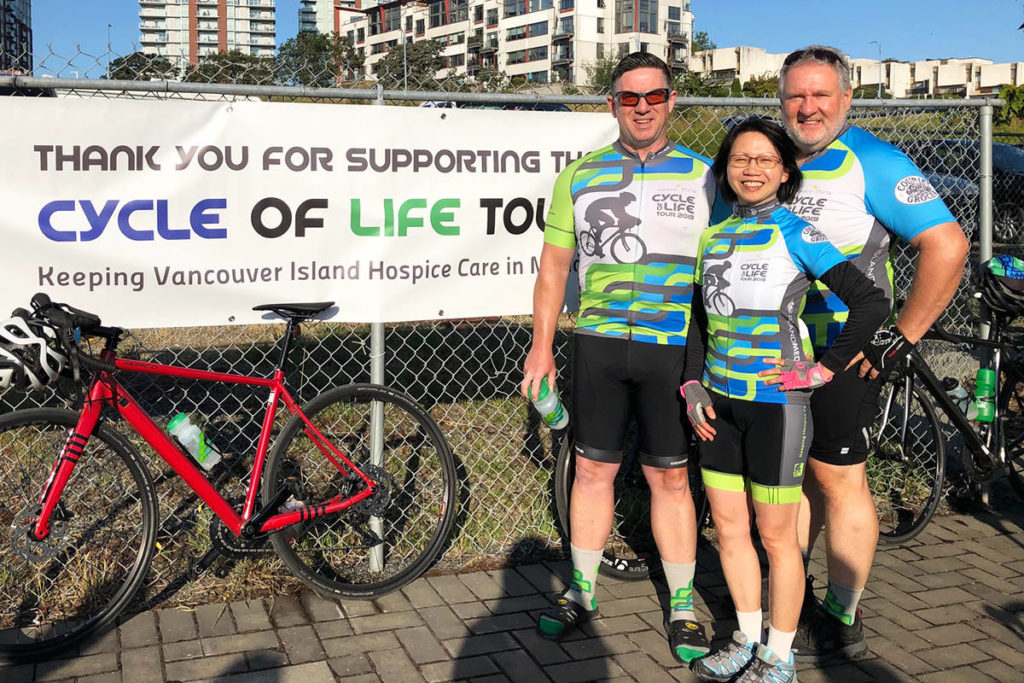 It’s amazing how long some people ride a bike to support a cause that is important to them.

For Graham Hales, that length is 200 kilometers in the saddle to raise money and attention for the Victoria Hospice Society.

The Colwood resident and his Breaking Wind teammates will be practically cycling for different lengths of time on July 24 for the 2021 Cycle of Life Tour. About 125 riders at various locations on Vancouver Island are participating, with the proceeds supporting eight hospices on the island.

When COVID-19 slowed the annual event last year, Hales and a handful of like-minded riders decided to individually cycle 100 kilometers around the capital region to keep the cause alive, raising more than $ 10,000 for local society in the process. Further information on the Victoria Hospice can be found at http://vh.convio.net/.

“We were hoping for a group ride, but that’s not possible because of COVID, so we made this up,” Hales said. “Although government funded hospices, the money raised through such initiatives makes a huge difference in the care they can provide.”

Hales has been a riding class trainer at West Shore Recreation for the past 10 years and participated in the Cycle of Life in 2019. His friend and Breaking Wind teammate Ted Pennell thought this was a good idea considering what Hales was dealing with at the time.

“I had a friend who died in the fall of 2018 of ALS, what most people call Lou Gehrig’s disease,” said Hales, a BC transit driver for over 15 years.

“I was pretty devastated after losing her and still suffocating three years later. She was only 46 years old and had two teenage children. I think a lot about how hard it is for her family. If I can help others by supporting hospices, it’s a great way to give back and honor their memory. “

He and his teammates have organized a bottle ride for Saturday, May 29th, from 10 a.m. to 4 p.m. in the Park and Ride on the corner of Old Island Highway and Ocean Boulevard. It’s another way to support hospices in the challenging times of the pandemic, Hales said.

“We have COVID security plans and there is plenty of parking and we ask people to come over and drop off their bottles or make a donation.”

The drivers also have a silent auction scheduled to take place online from June 1st to 15th. “We have donated some great items so far,” added Hales.

To commit an online donation to the Breaking Wind team for this year’s event, visit bit.ly/3wIRg5l. Find the silent auction online at 32auctions.com/cycleoflifetour.

Ted Pennell, left, Graham Hales and Sally Chan are the original members of Breaking Wind, a team of cyclists that raises funds for the Victoria Hospice Society through the Cycle of Life Tour. (Photo contributed by Graham Hales)