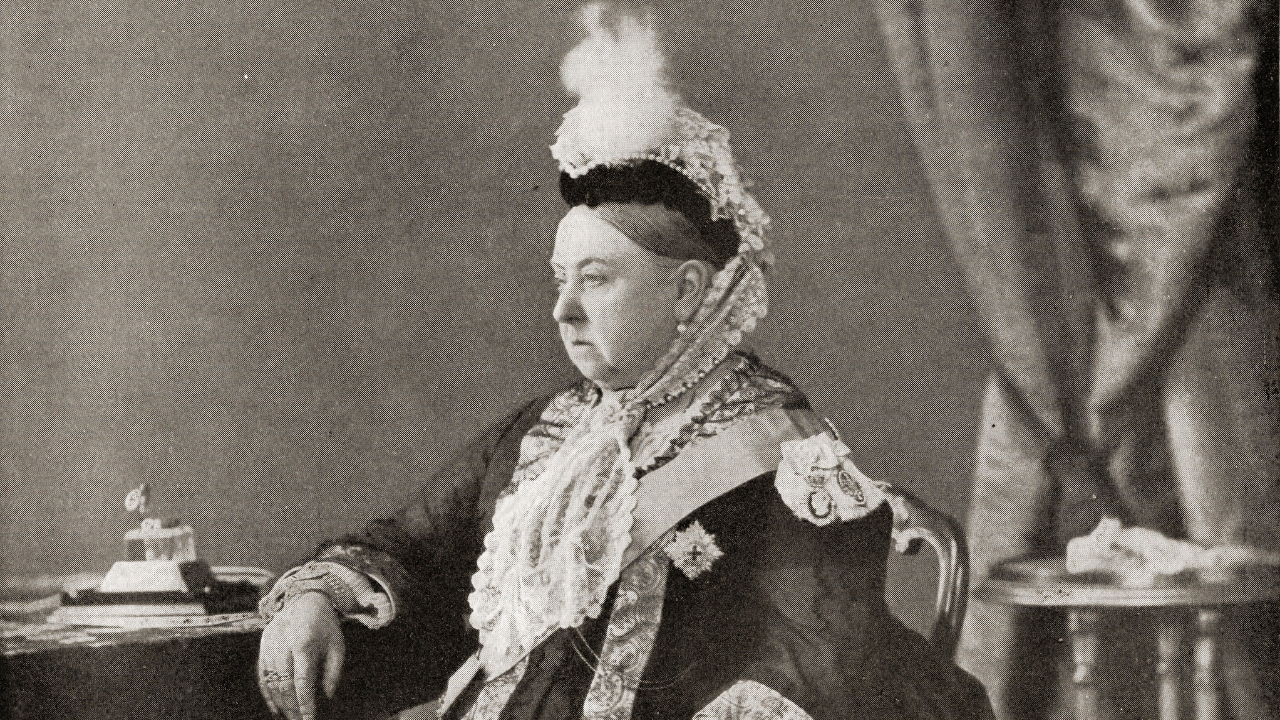 UNSPECIFIED – CIRCA 1800: Queen Victoria, 1819-1901, in the dress worn by her at the jubilee service, 1887. From the book “VRI Her Life and Empire” by The Marquis of Lorne, KT now his grace The Duke of Argyll. (Photo by Universal History Archive/Getty Images)

She was the Queen who was not amused — a stern, fearsome figure who expanded the British empire to control a quarter of the globe, and who remained in mourning for late husband Albert for more than helped her life.

But away from the public eye Victoria was also a woman with a healthy love of physical contact — and whose close “friendships” with two of her servants threatened to become full-blown scandals, as the hit new podcast “The Firm: Blood, Lies and Royal Succession” reveals.

In the latest chapter of the chart-topping anthology series“Affairs Below Stairs,” the real woman behind the myth is revealed to be a bold, glamorous, and unbreakable queen who ruled the most powerful country on earth for 64 years with a decisive hand.

Drawing on rarely seen documents, including Queen Victoria’s own braggadocios private diariesa stunning portrait is told of a story of love and heartbreak, of devotion and grief, and of strength and resilience.

Fifth in line to the throne at the time of her birth, Queen Victoria went on to marry Prince Albert of Saxe-Coburg and Gotha. The couple had nine children.

“When we look at Queen Victoria, and we look at Prince Albert, they were so madly in love. So mad,” recalled Thomas-Mace Archer-Millsa royal commentator.

“It was the love story, the Royal love story of all time. I’m going to say this. We’re not prudes. The Victorians certainly weren’t prude. This woman liked sex. She had nine children with Prince Albert, and she enjoyed her husband to the full extent of however you would want to think.”

But behind their bedroom antics was a woman who was well before her time: a woman who struggled with balancing work and family, raising children, navigating marital strife, losing parents, combating anxiety and self-doubt.

“There’s been somewhat about, I would say, (of) a radical change in the way Victoria’s seen,” historian Richard Fitzwilliams told the podcast.

“Firstly, one of the main reasons for this is the Queen’s Diamond Jubilee, and that focused on Victoria’s. In focusing on Victoria’s (jubilee), we started learning a bit more about her, especially when she was young, where she was lively, loved sex, was very tempestuous.”

And although she passed away in 1901, at age 81, Queen Victoria’s life has been immortalized through the preservation of her handwritten journal.

At age 13, she wrote her first diary entry in 1832 and continued for nearly 69 years, writing her final entry shortly before she died.

However, it was another contemporary diary that proved to be far more scandalous and infuriated her court.

While historians roundly lauded the discovery as intriguing, it still fell short of providing absolute proof that Queen Victoria had married a second time. 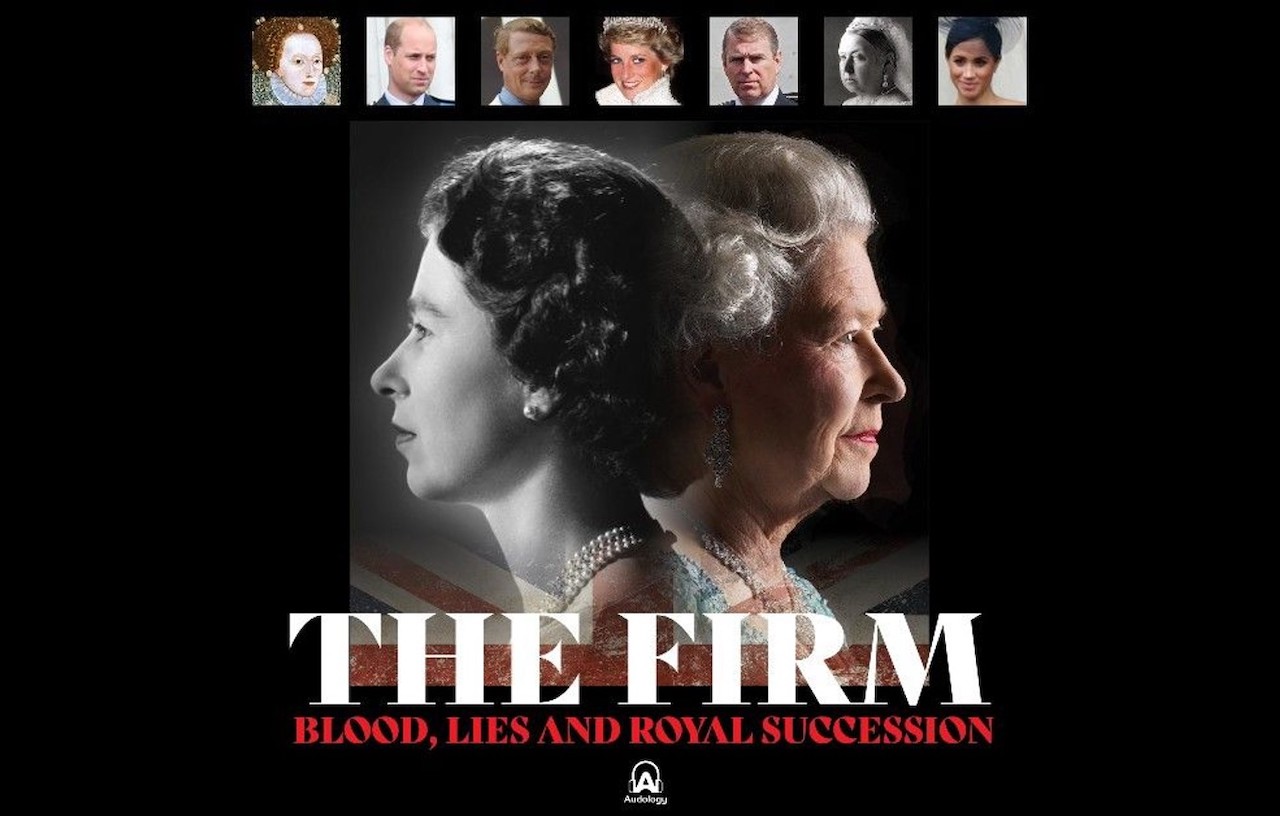 “The claims have subsequently been proved pretty flimsy, but part of the reason the rumor persists is that so much information about the Queen’s relationship with Brown was destroyed after her death,” said Jaclyn RothEditor-in-Chief of the website The Royal Observer.

“Members of her family that were able to go through her letters and didn’t want it coming out, especially her son, the future king, Edward VII,” added Mill.

“He was someone who was very prudish and that’s, that is below my mother. ‘She would never do that.’ I need to destroy any evidence that would actually alert anyone to the truth of the matter.’”

It wasn’t to be Queen Victoria’s last affair, according to the rumor mill.

In The Firm, Abdul Karim’s closest living descendant, Javed Mahmoodspeaks exclusively about his great-grandfather’s relationship with Victoria – and the lengths The Firm went to cover it up.

“The Firm: Blood, Lies and Royal Succession” has hit the top of the Apple Podcast charts in 13 countries, making it one of the fastest growing podcast series in the world.

It is both a fascinating insight into 500 years of royal history, and an eye-opening exploration of just how the institution has evolved and adapted — and how it continues to do so in the face of recent unprecedented challenges to its standing.

Last week, The Firm revisited the reign of George III — the “misunderstood monarch” who was The King from 1760 until his death in 1820.

“Chapter Three: The Madness of George III,” revealed that the misunderstood monarch was far from being the mad tyrant as portrayed in Hamilton, and was in fact suffering from bipolar disorder, and became the victim of a smear campaign by America’s founding fathers in order to justify the war of independence.

Past episodes revealed how Queen Elizabeth I pioneered her public image as a tool, and how Prince Andrew thrust the House of Windsor into an intense international spotlight that threatens the very bedrock of the monarchy to this day.

Listen to the episode here, and don’t forget to tune in next Tuesday, July 11, when “The Firm: Blood, Lies and Royal Succession” returns with an episode that will whether Edward VIII gave it all up for love — or was there is something more sinister behind his decision. Subscribe to Apple Podcasts or wherever you get your podcasts.