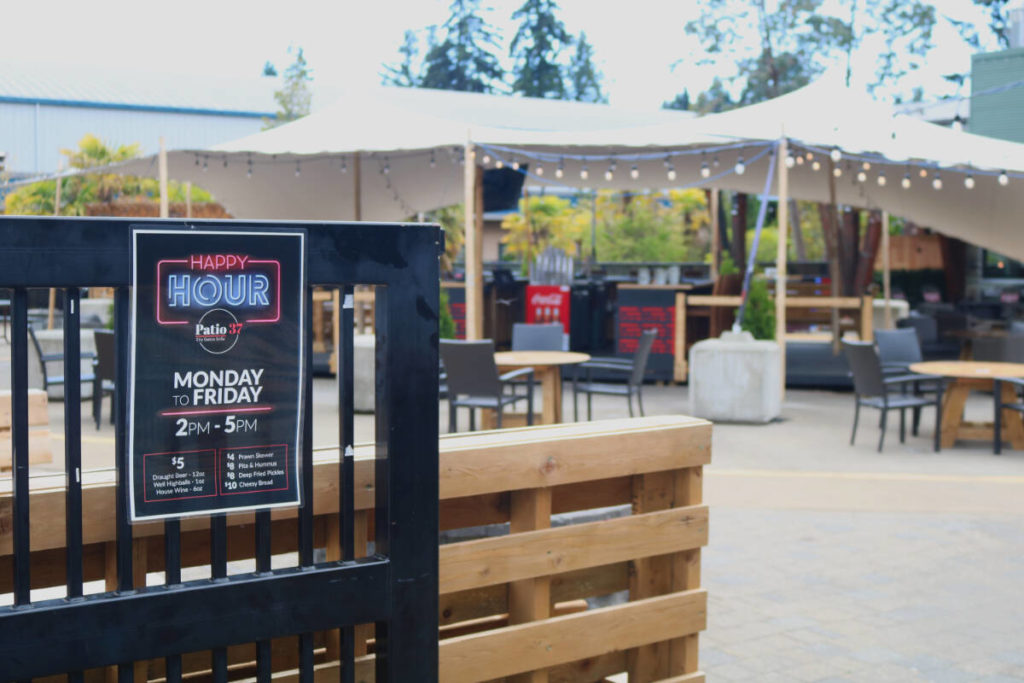 Residents are making waves over the closure of a splash pad in Langford’s City Center Park.

The splash pad which had been nestled between the Westhills Arena, Eagle Ride Community Center and Langford Lanes on Langford Parkway is now being used as extra patio space for the Patio37 restaurant.

During Langford’s June 20 council meeting, Yari Nielsen, director of parks, recreation and facilities said the pad was being decommissioned permanently due to the “exorbitant” amount of money it would take to repair issues with the pad.

Nielsen said some of the water lines below the pad were broken and would be complicated to replace as there are also glycol cooling lines in the same area which are used to freeze the outdoor skating rink in the winter. He said the iconic pirate ship also needed repairs as well as there being issues with the manifold and valves which would need to be replaced.

The decision was made to permanently close the park during an in-camera meeting which has annoyed some residents.

In a post on the Facebook group “Langford Voters for Change,” a number of residents expressed concerns about the process behind the decision to close the pad.

Natalie Merta, a Sooke resident who often visited the splash pad with her kids said she was disappointed with the decision, saying the splash pad was ideal for parents with young children.

“My kids have already been asking to go back,” she said. “Last year it was one of our favorite places to take the kids because you can order food and we can have some drinks, and the kids can play in the water park. Really, it’s the only place that you can do that… I can’t take my kids out for lunch, they’re not going to sit in a restaurant and eat lunch – so it was really nice for us in the summer.”

Nielsen said the pad would only be used for patio space in the spring and summer and would still be converted into an outdoor skating rink in the winter.

The City of Langford did not respond to questions about how much repairs would cost or why the decision was made during an in-camera meeting in time for publication.