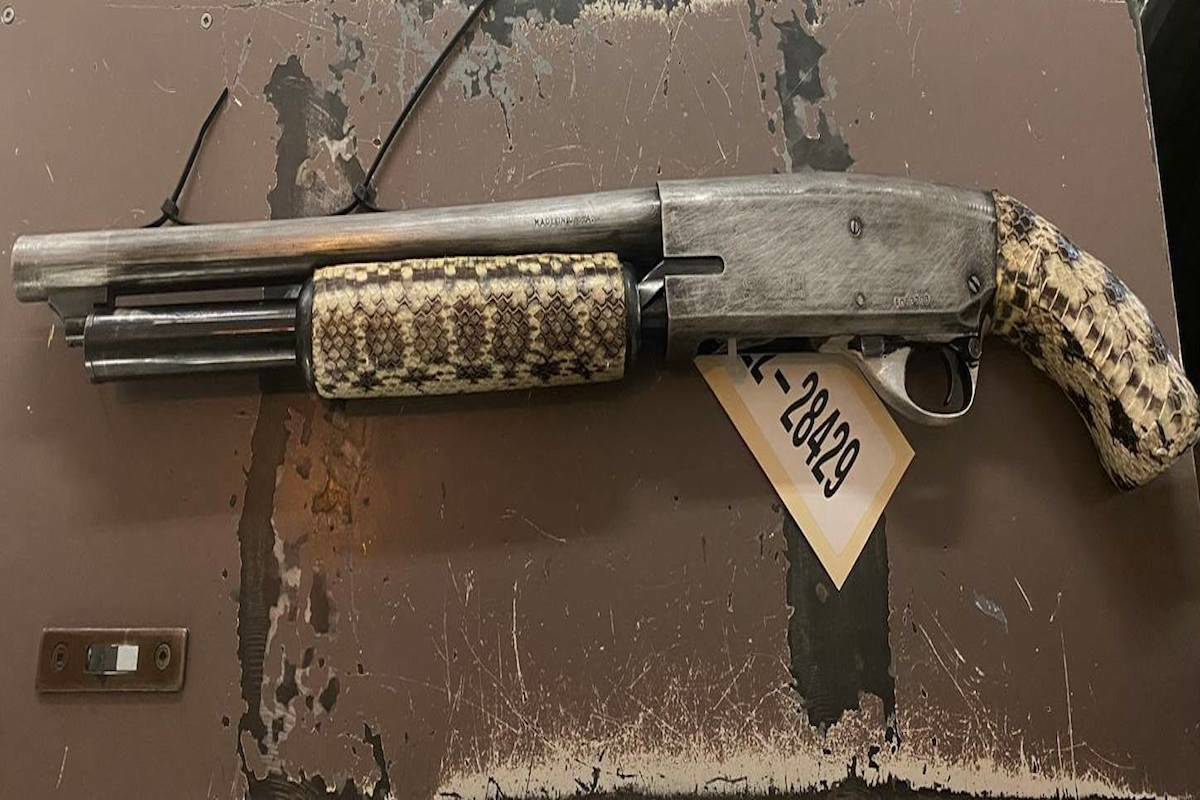 The loaded shotgun found in a vehicle that was believed to be involved in a road rage incident. The driver was not allowed to have guns or be driving due to past convictions. (Courtesy of VicPD)

A loaded shotgun was recovered from a vehicle on Thursday after a road rage incident just hours before, and the person behind the wheel was not allowed to possess guns or be driving.

Just after 2 am on Thursday, Victoria police officers came across a vehicle in the 2900 block of Douglas Street that matched the description of one that was involved in a road rage incident Wednesday night.

After stopping the vehicle, police learned the driver was prohibited from operating a vehicle. Those driving restrictions stemmed from a series of previous criminal convictions for a variety of offenses, including firearm-related ones. In addition to the driving prohibition, the driver also has an infinite firearms possession ban.

As officers prepared to tow the vehicle, VicPD said the driver became agitated and insisted officers allow another person to drive the vehicle home. The loaded shotgun was found during a search of the vehicle before it was towed.

The vehicle was towed and its driver was taken to VicPD cells before being released pending further investigation.

Birmingham Marathon 2022: All of the motion from Victoria Sq.