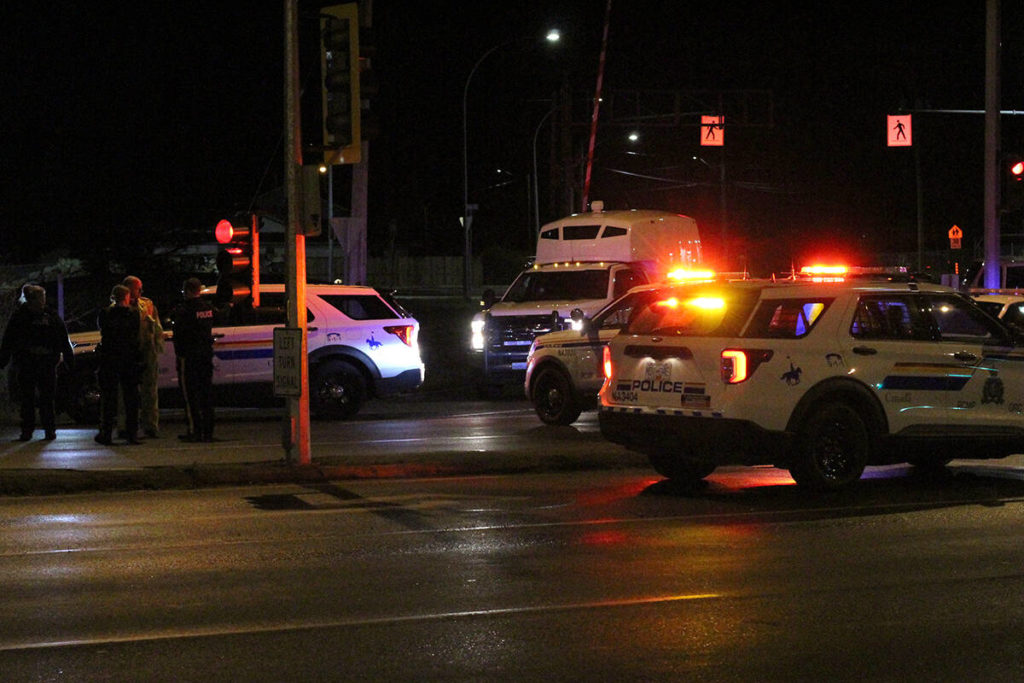 A pedestrian crossing the old Island Highway was hit by a car and died last night.

The incident happened at the intersection of Highway 19A, Norwell Drive and Jingle Pot Road on Monday, April 4, a little after 9 pm

Reserve Const. Gary O’Brien, Nanaimo RCMP spokesman, said there were several witnesses to the incident, including an on-duty police officer. He said the investigation has found that the man was crossing from Norwell Drive toward the E&N Trail under the pedestrian overpass when he was struck by a car.

“It appears at this point that the pedestrian did not have the right of way and the southbound vehicles were proceeding through on a green light,” O’Brien said.

RCMP members applied emergency first-aid before paramedics arrived and the 30-year-old victim, a Nanaimo resident, was transported to Nanaimo Regional General Hospital, where he died.

The driver of the car remained at the scene and co-operated with the investigation and police have ruled out any impairment. The driver has been offered the assistance of victim services.

“Our members would get there pretty quick because they’re not quite sure what they’re actually dealing with. It’s quite an emotional situation for everybody involved,” O’Brien said.

He said though police have spoken to numerous witnesses, they would still be interested in hearing from any others, or viewing any related dashcam video. Anyone with information is asked to contact the Nanaimo RCMP’s non-emergency line at 250-754-2345.

On this present day in 1900 Queen Victoria sailed for Eire