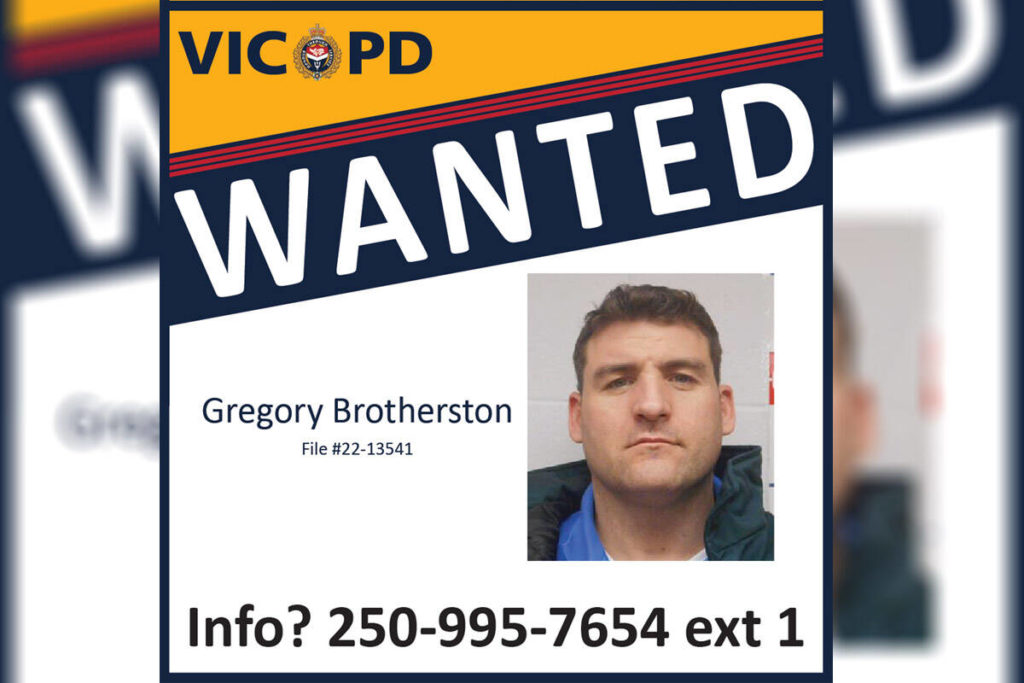 Victoria police are looking for Gregory Brotherston, who had his statutory release suspended and is the subject of a Canada-wide warrant. (Photo courtesy of VicPD)

Man wanted on Canada-wide warrant believed to be in Victoria

Gregory Brotherston convicted in 2019 Sooke home invasion, in 2012 for manslaughter

Police are asking for the public’s help in finding a man with a Canada-wide warrant who is believed to be in Victoria.

Gregory Brotherston is wanted due to his statutory release being suspended. He’s serving a three-year federal sentence for assault causing bodily harm and breaking and entering.

Brotherston is described as a 40-year-old Caucasian man who is 6’1” and weighs about 220 pounds. He has short brown hair and blue eyes.

Anyone who sees him is asked to call 911.