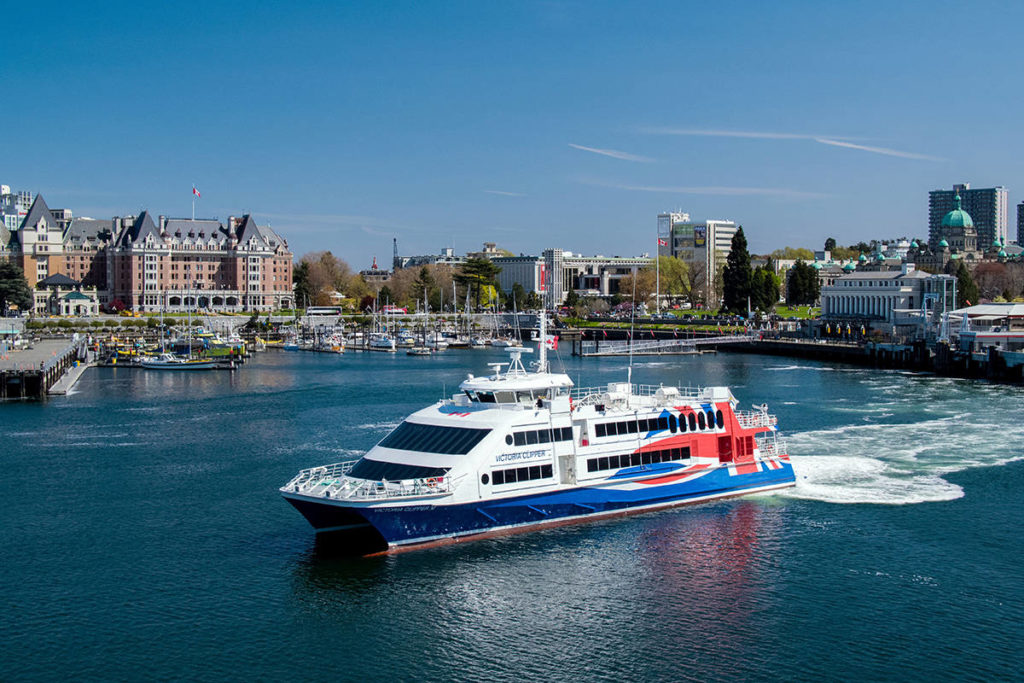 The assurance of BC’s marine border reopening in September is a relief, said one international ferry service provider, although its potential to revive tourism and revenue is dampened by COVID-19 travel restrictions.

As of Sept. 17, Clipper Vacations will have one sailing on weekdays from Victoria’s Bellville Street Terminal to Seattle at 5 pm, and round trips on weekends originating in Seattle at 7:30 am and returning from Victoria at 5 pm, said the ferry line’s CEO David Gudgel. Bookings will open on Sept 6.

Blackball Ferry Line will not resume its sailings between Victoria and Port Angeles, Wash. until the US’s border restrictions are lifted, said co-owner Ryan Burles. Those restrictions are expected to be in place until at least Sept. 21. Canadian travelers to the US comprise as much as 40 per cent of their usual sailings, he added.

Burles said the approaching federal election caused fears that marine borders wouldn’t be opened until after the election, or later still in the event of a new government.

With Canadian marine borders confirmed to open in less than two weeks, the next greatest hurdle for ferries and the tourists they serve are PCR COVID-19 test requirements. The tests are required 72 hours prior to a border crossing and can cost $200 when done internationally, Gudgel said. While required, “there’s not going to be a situation where people just decide last minute they’re going to Victoria for the weekend,” he said. “It’s a damn challenge.”

A previous announcement on Aug. 9 that allowed land borders to open while excluding marine borders created incredible confusion for ferry services, said Victoria Mayor Lisa Helps in a statement that Gudgel and Burles echoed. Bellville Street terminal had its port of entry status revoked from a lack of use, Gudgel noted.

Plan your adventures throughout the West Coast at westcoasttraveller.com and follow us on Facebook and Instagram @thewestcoasttraveller. And for the top West Coast Travel stories of the week delivered right to your inbox, sign up for our weekly Armchair Traveler newsletter!