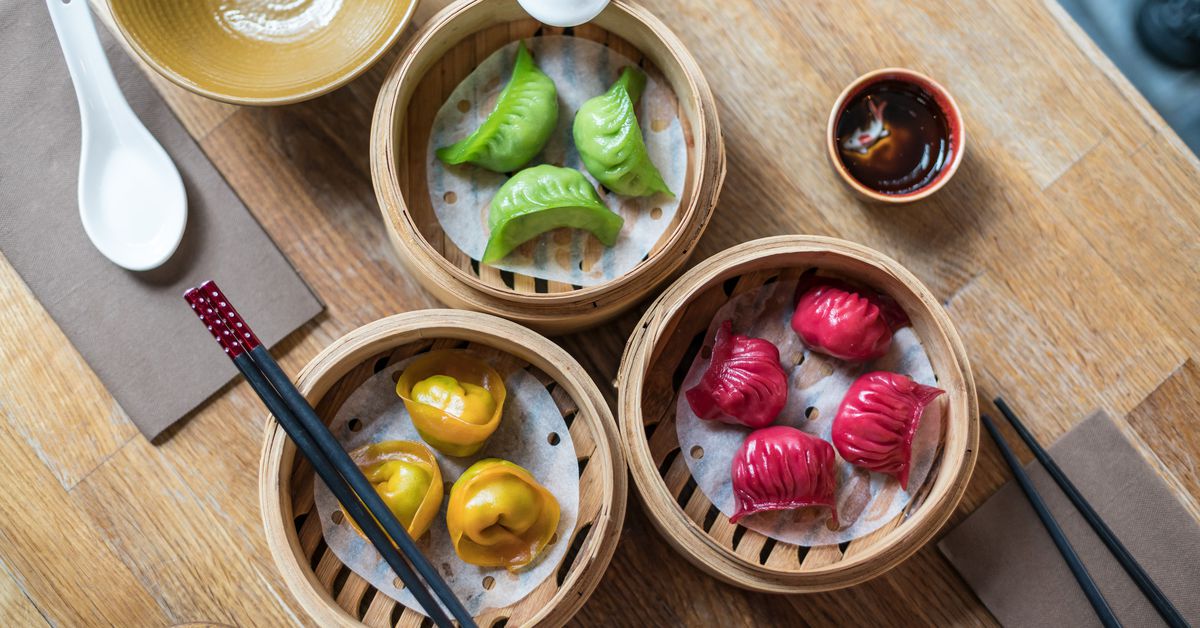 Those were the headliners, but there’s more to it than this hat trick: the general caliber of vendors secured by market hall inventors Simon Anderson and Andy Lewis-Pratt could even make it the city’s first truly modern food court, modeled on the popular state format.

Here’s a full rundown of all of the providers, who’s behind them, and what to try.

Key people: Chef and Co-Founder Shuko Oda and Co-Founder John Devitt
What is it: The third outpost of the acclaimed Japanese udon noodle bar and small plate specialist Koya. Other locations include the original on Frith Street in Soho and the sequel in the Bloomberg Arcade in the City.
Must-try dish: Any of the freshly made udon noodles in Dashi. 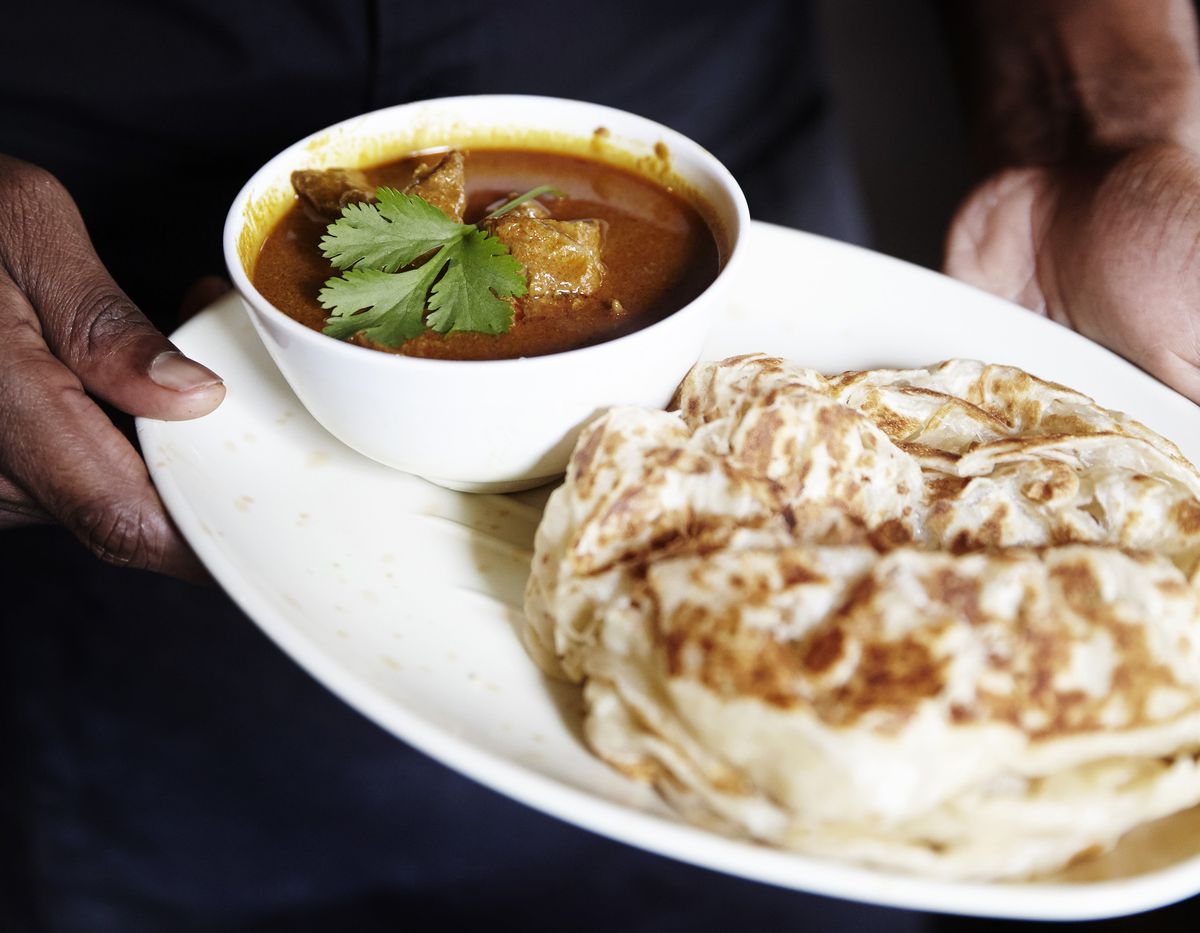 Key people: Owner Sugen Gopal
What is it: Malaysian Tamil cuisine and a tribute to Gopal’s Parents Restaurant, which opened in Malaysia in the 1970s. Phenomenal, flaky, fat-infused roti canai, which has become its trademark at Euston’s Roti King, will be at the center of the brand’s only other outpost in town.
Must-try dish: Roti canai. 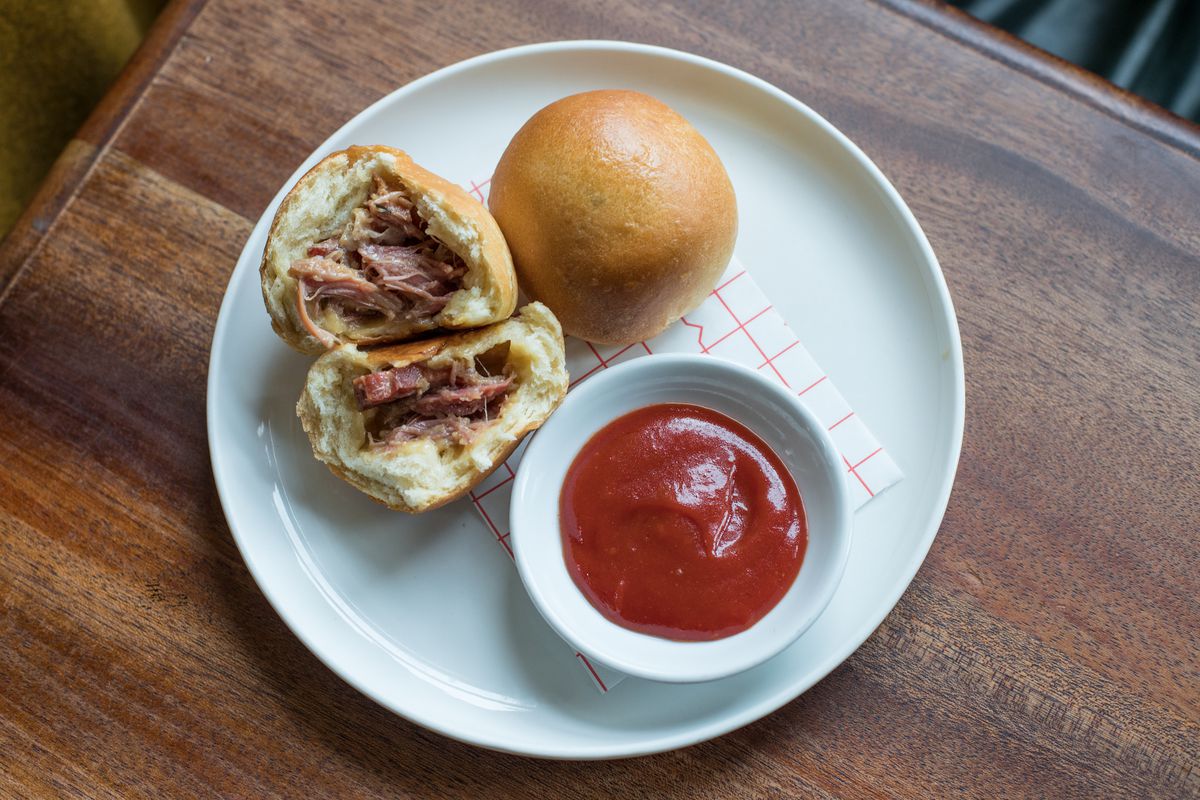 Key people: Chief Owners Jon Rotheram and Tom Harris
What is it: A shop that serves a variety of hearty buns taken from the popular bar snack served in Marksman, Rotheram and Harris’ superb pub restaurant on Hackney Road.
Must-try dish: The classic beef and barley bun for the layman. 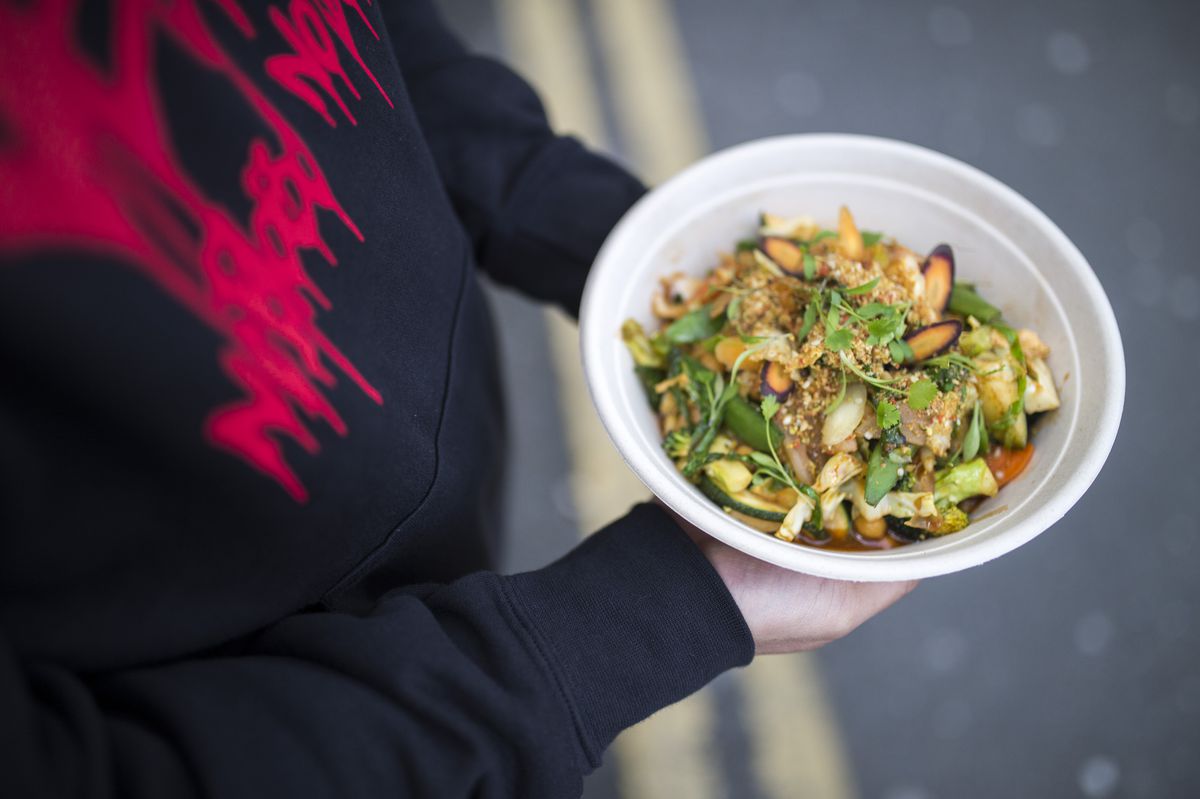 Key people: Chief Owner King Cook
What is it: A vegan restaurant that tries to free veganism from the trappings of the white, wellness-oriented mainstream.
Must-try dish: A new dish in the market halls: fried vegan chicken bites with teriyaki glaze, coleslaw and brown rice. 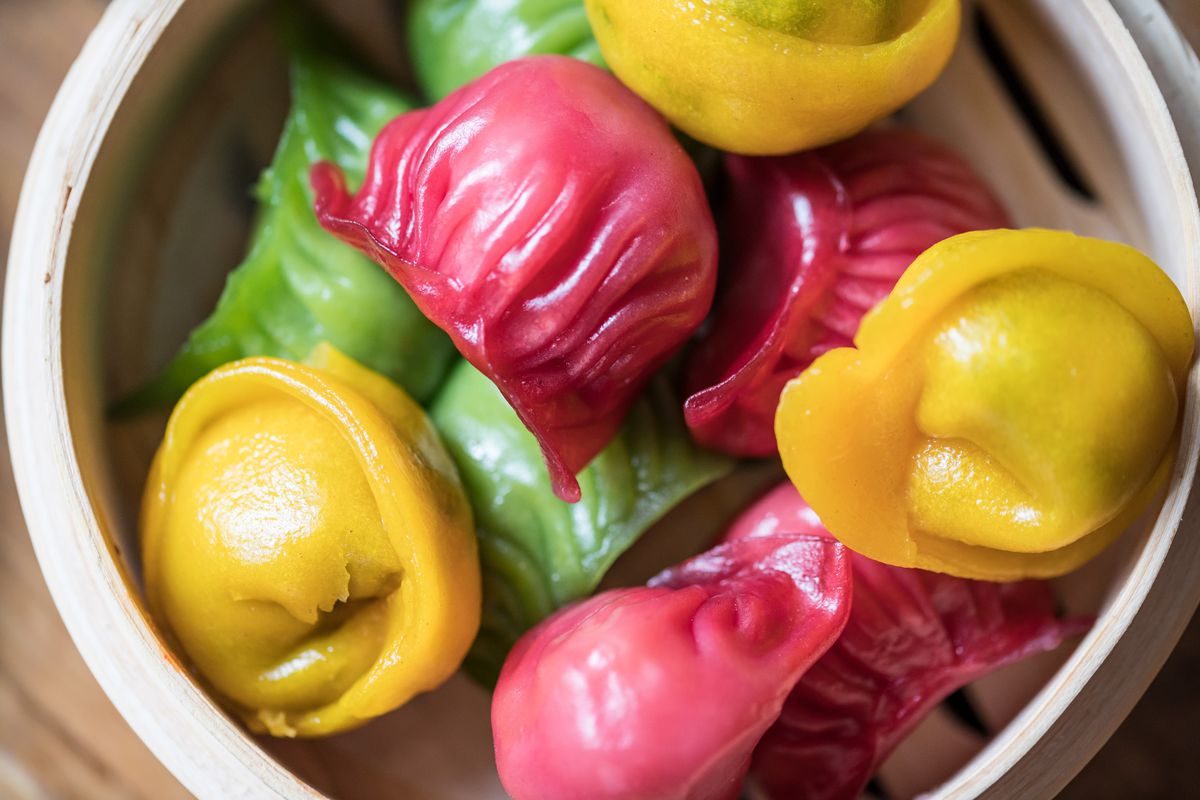 Key people: Chef Francis Law
What is it: The celebrated Cantonese chef and dim sum chef, who was trained at the Macau site of the world-famous Xiaolongbao chain Din Tai Fung, is based on the Law’s menu on the regional cuisine of northern China and also includes Sichuan and Hunan influences elsewhere.
Must-try dish: Instagram-worthy ruby ​​shrimp dumplings whose dough is colored with beetroot juice. 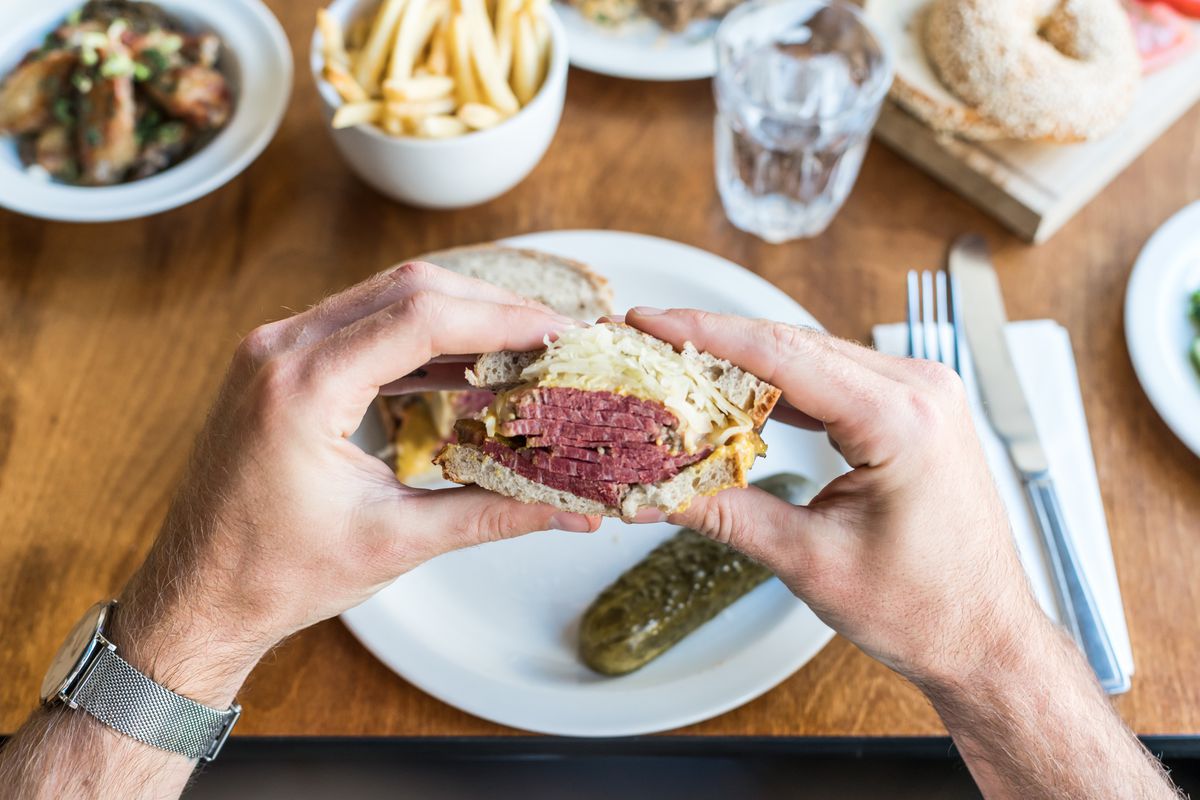 Key people: Founder Mark Ogus and Chef Owen Barratt
What is it: A kosher style deli serving Jewish home cooking and is located on Hoxton Street and Spitalfields Market. Also the supplier of London’s finest beetroot sandwich.
Must-try dish: After (or before) the reuben, the chicken noodle soup. 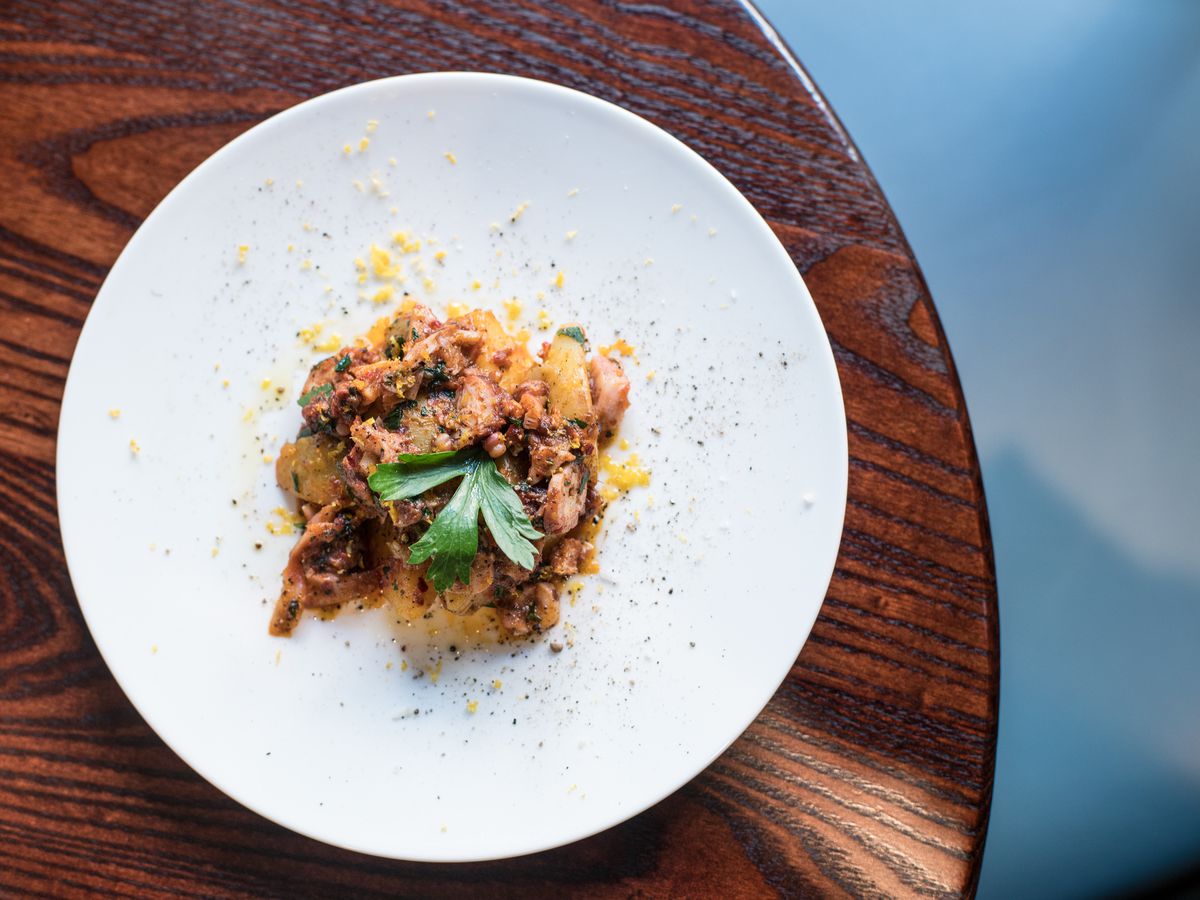 Key people: Chef James French
What is it: Traditional, handmade fresh pasta; Dishes inspired by the “self-trained” chef’s extensive trips to Italy, including training at l’Erba del Re in Modena, which has a Michelin star.
Must-try dish: Conchigliette with Romanesco broccoli, pancetta and anchovies. 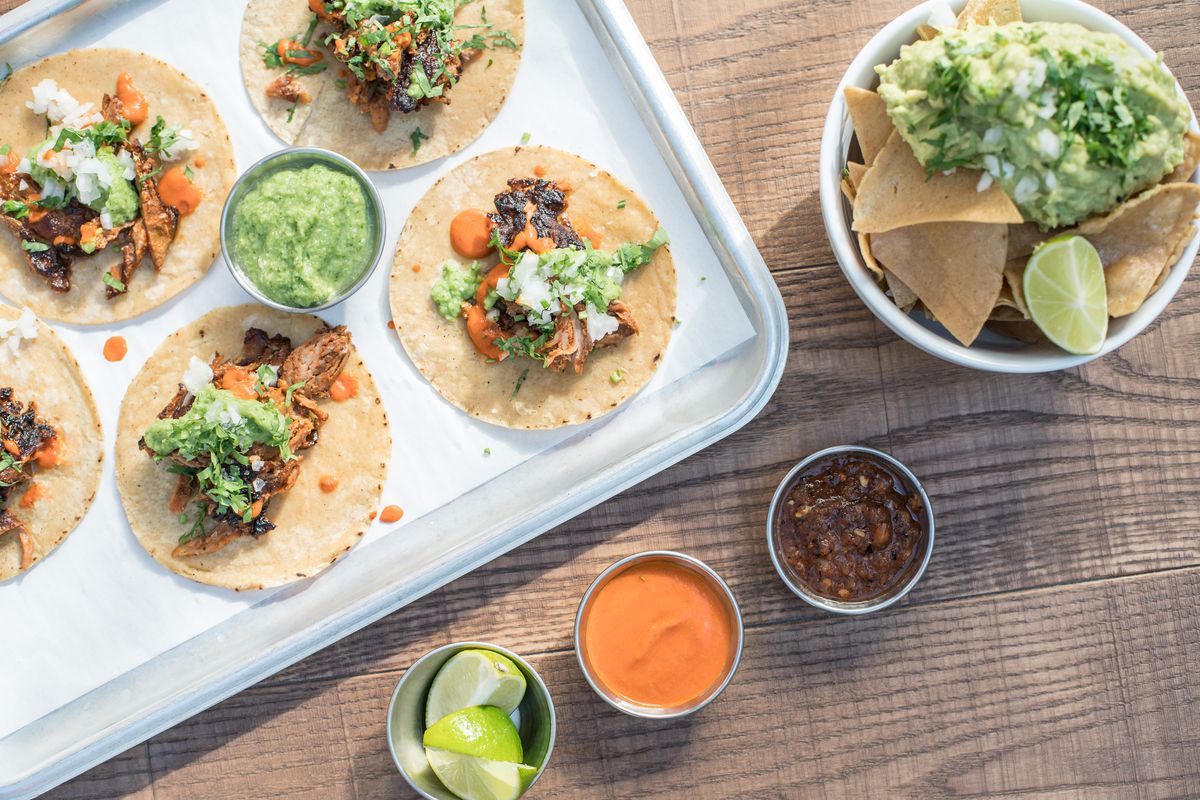 Key people: Founders Nud Dudhia and Chris Whitney
What is it: A spin-off of the team behind Breddos Tacos, which promises a “new concept with an emphasis on a more authentic and concise taco offering with charcoal cooking” [al carbon] in his heart. ”It’s inspired by the hole-in-the-wall and roadside taquerias in Mexico and will include a DIY salsa bar (apply your own APYO).
Must-try dish: Adobada tacos: pork skewer on a skewer with salsa verde and crispy pork skin. 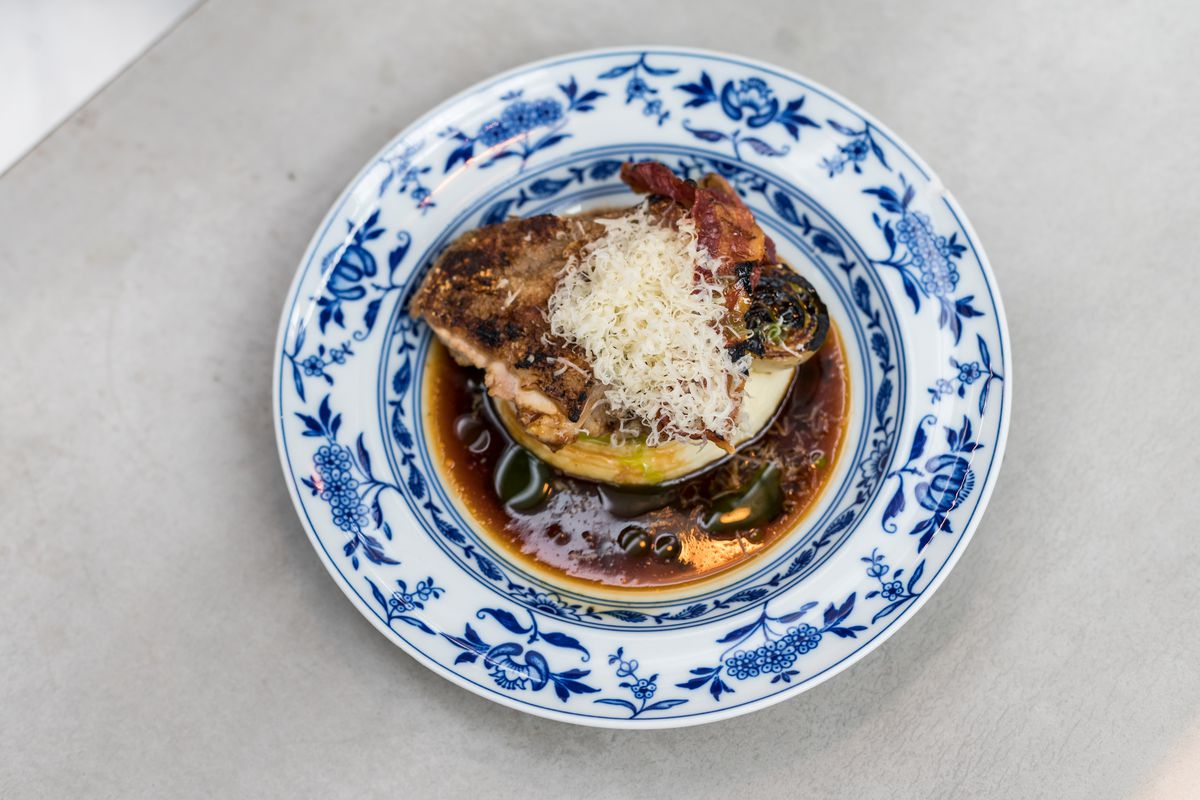 Key people: Chef Tom Griffiths
What is it: Brighton born residence that debuted in London last year at Spitalfields Market’s Kitchens. A self-compiled offer includes dishes such as “Schweinenugget”, in which all parts of a pig are used, served with cucumber and apple jam and a filled tallow dumpling stuffed with braised beef cheeks and shins.
Must-try dish: Hunted chicken. 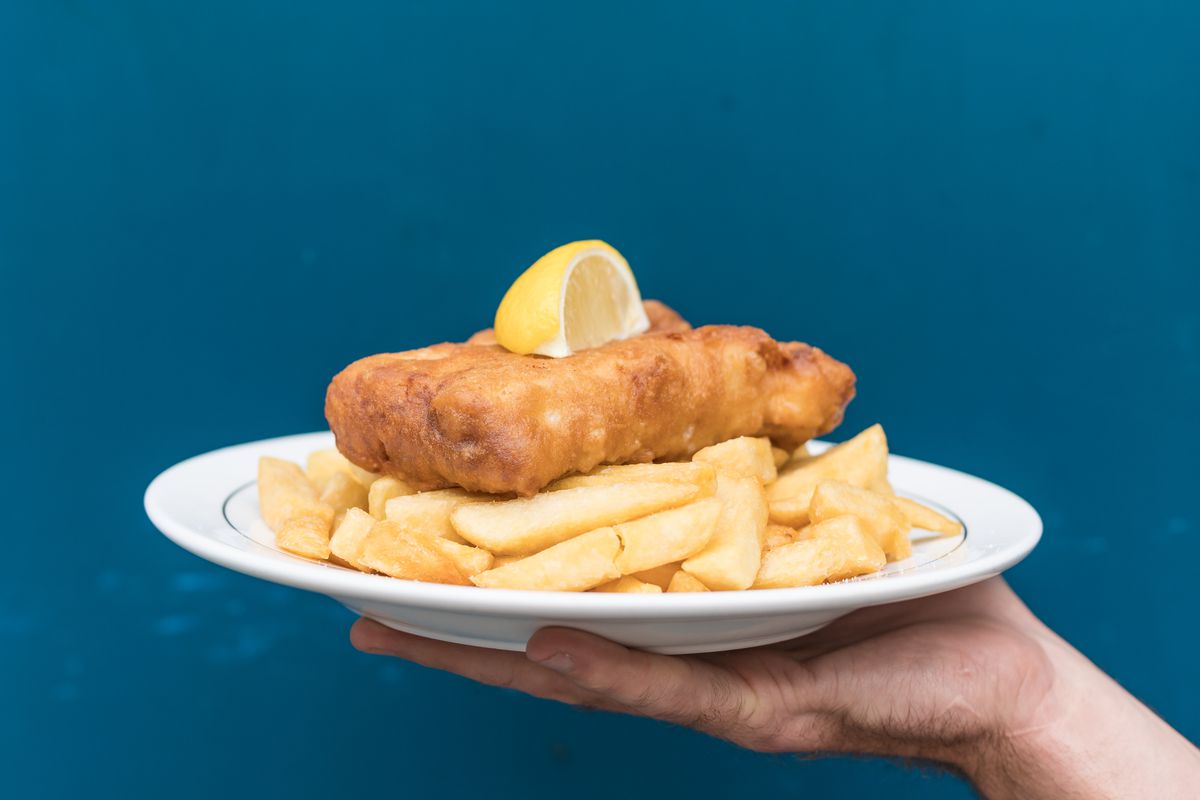 Key people: Saul Reuben (formerly Oxo Tower and Racine)
What is it: A “modern” British fish and chip shop that, according to Heston Blumenthal, “takes the essence of a chippy and makes it so much better.”
Must-try dish: Fish and chips. 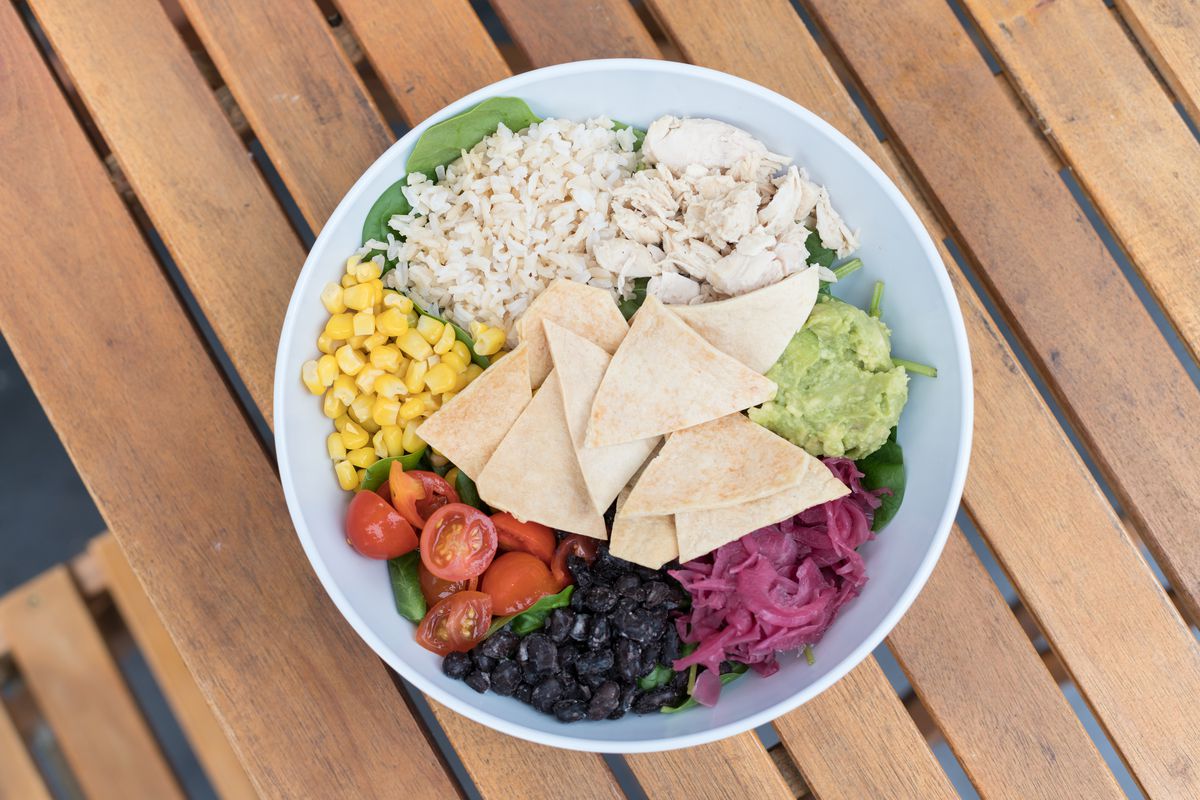 Key people: “Married couples” Charlie and Anneke Gilkes as well as Duncan and (nutritionist) Zoe Stirling
What is it: “All-day, fast-casual, healthy nutrition concept” in which “in contrast to other health food concepts, all Squirrel employees are trained in basic nutrition and can advise customers on what to order to support their #goals. ”
Must-try dish: A grain bowl called “Guac n ‘Roll”. 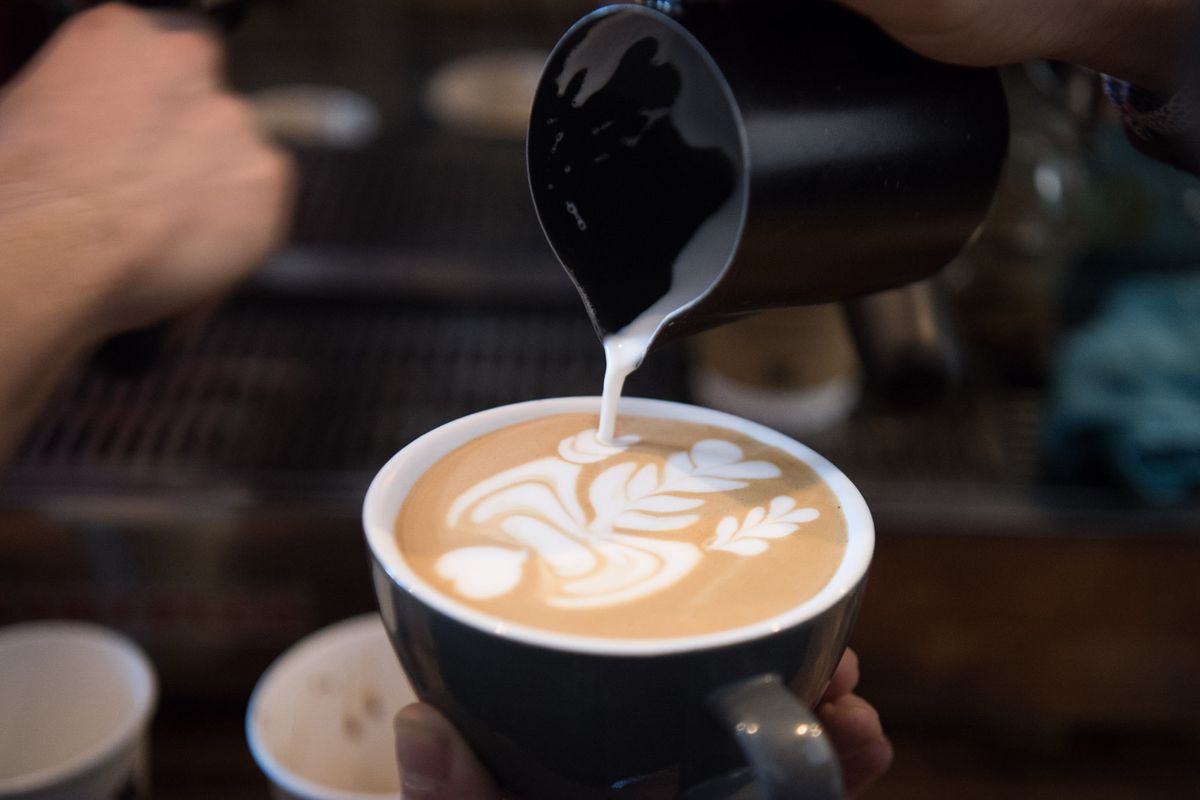 Key people: Founders Davide Pastorino and Andy Wells
What is it: A specialty café that also serves loose tea from “independent artisanal producers”. Press imports and roasts coffee from 15 different countries around the world.
Be sure to try the drink: Not a cold brew. 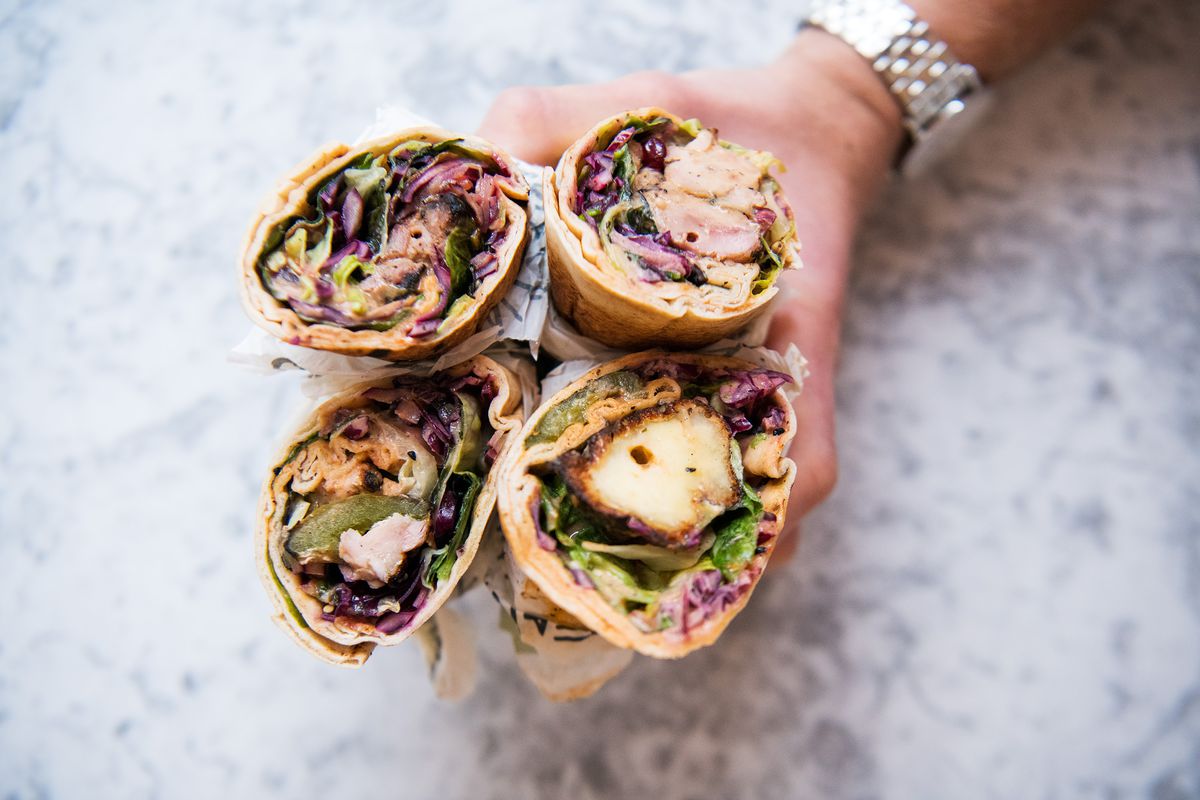 “Victoria: A Life”, by AN Wilson