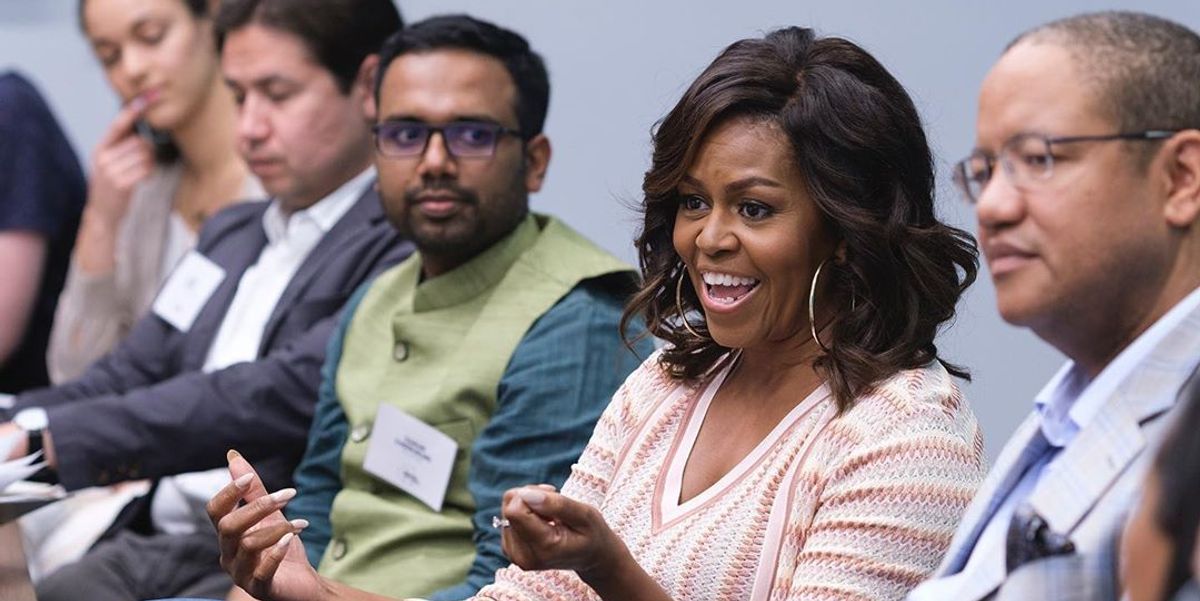 The former FLOTUS is coming all the way to the Great White North this spring and, so far, she’s just got one Canadian visit planned. On Tuesday, March 31, she’ll be speaking in BC and tickets to Michelle Obama’s Victoria visit are going on sale Wednesday, February 26.

“She is an inspiring leader and role model to so many. And because of her strong values ​​and true convictions, she continues to drive important change in society,” said Catherine Holt, CEO of the Greater Victoria Chamber of Commerce in a release who is a sponsor of the event.

“A Conversation With Michelle Obama” is happening at the Save-on-Foods Memorial Centre.

The tickets start at around $150 and go up to about $470. VIP tickets also are available for over $1,830, but these come with the added bonus of getting to actually meet-and-greet with Obama herself.

There are 7,400 seats in total at the venue, including accessibility seating; however, tickets could sell out quickly so get your hustle on if you want a seat.

As First Lady of the US, Obama has launched and led a ton of popular major initiatives including her “Let’s Move!” campaign to solve the problems of childhood obesity.

If her previous show in Ottawa is anything to go off of, this is one event you don’t want to miss. You might leave all the better for meeting her.

‘There is no limit to what we, as women, can accomplish.’ – Michelle Obama #InternationalWomensDay https://t.co/P4RwT05ZHS

This current visit caps off Obama’s incredible book tour last year, celebrating her memoir Becoming after it was launched to the #1 spot on the New York Times’s best-seller list.

After being published in 2018, it sold more copies than any other book published that year, according to the release.

Michelle Obama inspires celebrities to participate in the #PromChallenge by sharing their old prom photos. The chal… https://t.co/9dBTQ6rfdm

While the ticket costs might seem high, her previous Canadian tours had people paying over $2,000 just to see her.

If you’re a big fan of the Obamas, then you should make it out to this transformative event.

A Conversation With Michelle Obama

Why You Need To Go: Listen to the inspirational former First Lady of the United States.