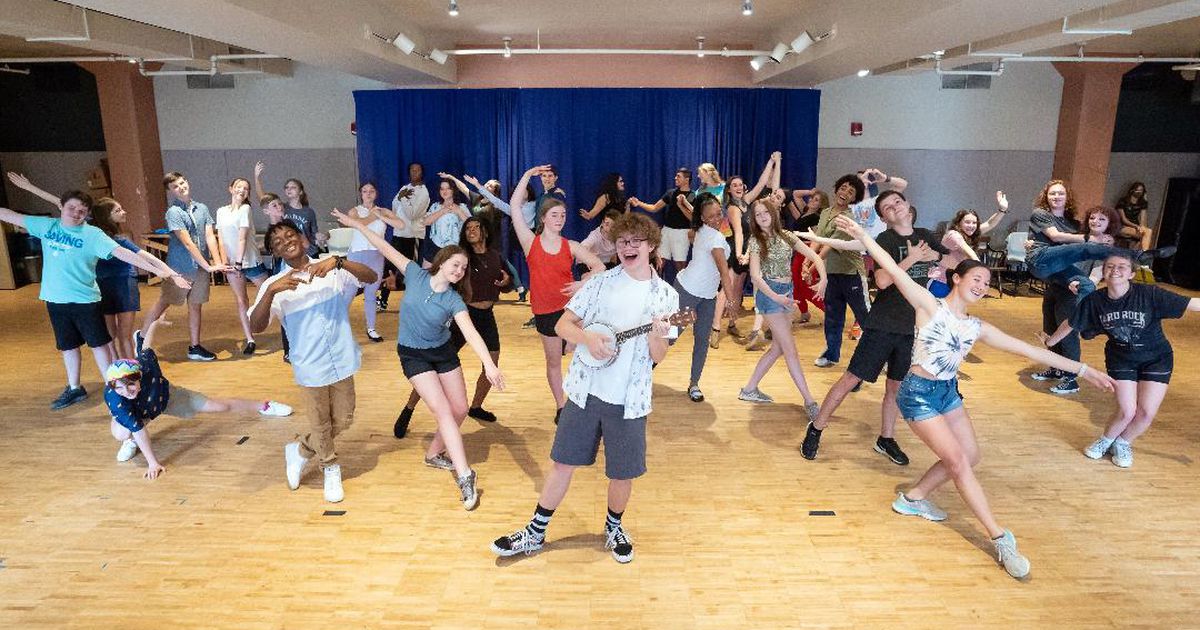 Isabel Rawlins (center as Morticia Addams) and cast in rehearsal for the Muse Machine’s production of “The Addams Family,” slated June 17-19. PHOTO BY MATT SILVER

Isabel Rawlins (center as Morticia Addams) and cast in rehearsal for the Muse Machine’s production of “The Addams Family,” slated June 17-19. PHOTO BY MATT SILVER

In spite of the pandemic climate, organizers were determined to produce a full-scale musical this year per tradition, particularly since last year’s pandemic pause eliminated significant performance opportunities.

“We had a great cast of students who were seniors last year that we had trained for three or four years,” said longtime New Orleans-based Muse choreographer Lula Elzy. “So, this year was about what we could do for the students. But in some respects, we’re not managing the arts, we’re managing COVID. So, the first thing on the list is to manage COVID and the arts will follow.”

“Student actors love this show,” Deer added. “Every character is great fun to grab onto. We’ve laughed so hard in rehearsal.”

ExploreXenia native appears on ‘America’s Got Talent’: ‘Dream outside the box’

The company of “Addams Family” has over 70 young people in the cast, orchestra and as production assistants.

“It’s been fun getting to put my own twist on Gomez,” said Anticoli, who will be a senior at Tippecanoe High School and is making his Muse debut. “Love is a big theme in the show and Gomez is driven by love for his wife, children and the world around him. This is the biggest role I’ve ever had but I’ve been having so much fun.”

“The overarching themes of love and family are really strong,” echoed Stienecker, who will be a freshman at Tippecanoe High School. “I hope people are able to take away a better (appreciation) and understanding for their families.”

“Wednesday’s whole world is turning upside down, which is something all of us can relate to these past couple of years,” added Weckesser, who will be a junior at Chaminade-Julienne High School and has been a part of Muse since first grade. “My favorite part about being in Muse is the fact that we’re like a family. We love and support each other. Muse is a safe space, providing a unique atmosphere for high schoolers.”

Lippa’s clever, humorous and touching Tony-nominated score includes “When You’re an Addams,” “One Normal Night,” “Crazier than You,” “Full Disclosure,” “The Moon and Me” and “Tango de Amor.”

In addition, Elzy noted her choreography has been fashioned by the “earworm melodies” she feels are reminiscent of other musicals.

Due to its recognizable characters, “The Addams Family” has been performed often across the Miami Valley in recent years. However, Muse organizers are eager and excited to uniquely embrace the material in a warm, personal fashion.

“There are elements to the show in which we are able to delve into and emphasize in a way that feels true to Muse,” Merk explained. “This show is not about death but about life. We are delving into the love the family has, which is already written into the show, but we feel in a deeper, richer way. And to do that at this moment in time, to turn around in the face of death and embrace life on the other side, feels so beautiful right now.”

What: “The Addams Family”

Tickets: Call 937-228-3630 or visit daytonlive.org. Also, due to the postponement, if you already have tickets your current tickets are valid for the new performance dates.