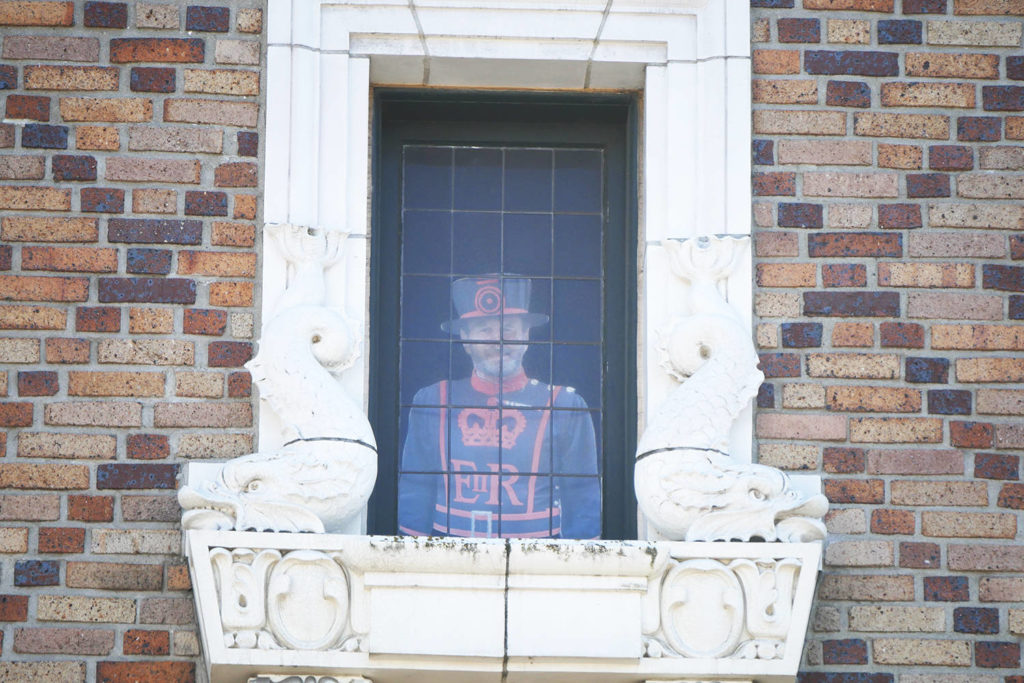 A cardboard man wearing Queen Elizabeth II’s royal cipher has been placed in a window of the Royal Theater for at least several days. (Evert Lindquist / News Staff)

Those walking down Broughton Street near Blanshard Street may notice something unusual in a window on the second floor of the Royal Theater.

The cardboard cutout, which has been standing there for at least a few days, appears to be wearing a black and red coat and top hat and has Queen Elizabeth II’s royal cipher on its chest.

Ainslee Jessiman, program and communications officer for the Royal and McPherson Theaters, said the character was temporarily housed there while staff clean up the historic part of the theater.

For upcoming events at the Royal Theater, visit rmts.bc.ca.