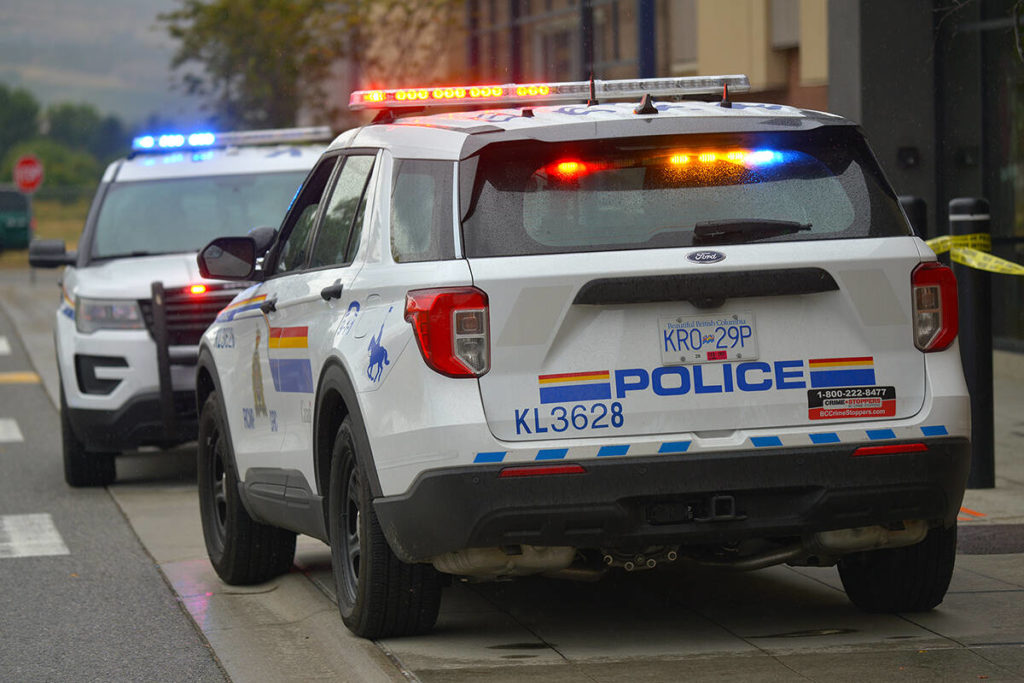 A Kelowna RCMP officer is recovering from a stab wound suffered in the line of duty Sunday morning, March 27. A suspect is in custody. (Black Press – file photo)

Kelowna officer was responding to call in downtown core; suspect, officer in KGH

A Kelowna RCMP officer was stabbed in the line of duty.

Shortly after 12 am Sunday, March 27, an officer was sent to report a disturbance in the 1000 block of Ellis Street. Shortly after arriving, the officer requested immediate assistance after becoming injured from a stab wound.

“Our officers face danger and difficult circumstances each and everyday in the service of this community,” said Insp. Adam MacIntosh, operations officer for the Kelowna RCMP. “Tonight, I am grateful for the incredible work they did in supporting each other and responding to this event. Our thoughts remain with the officer and their family.”

The investigation is being conducted by the Kelowna General Investigative Support Team (GIST). They are asking any witnesses who have not yet spoken with investigators or have video footage of the incident to please contact the Kelowna RCMP at (250)-763-3300.