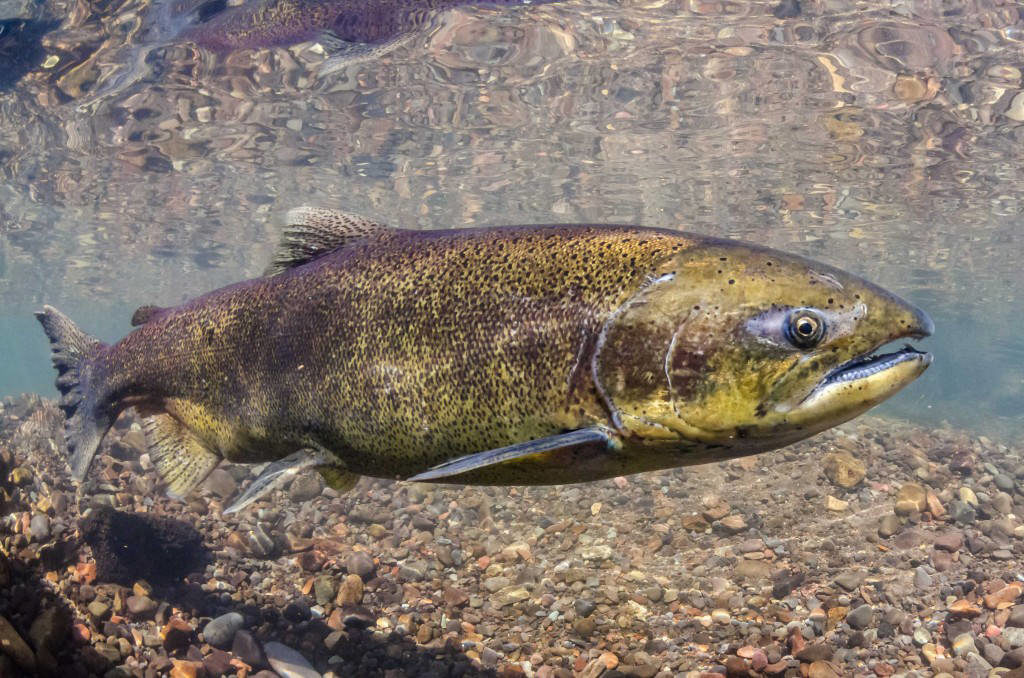 Reversing the complex decline in Pacific salmon will require research, resources, leadership and collaboration, according to a new parliamentary report.

The report, presented in the House of Commons by Ken Hardie of Fleetwood-Port Kells on June 21, concludes an investigation by the Canadian Standing Committee on Fisheries and Oceans and the Canadian Coast Guard into declining salmon populations in British Columbia.

The concern about BC salmon is not new as the Department of Fisheries and Oceans (DFO) launched the Salmonid Enhancement Program in 1977 and has conducted 20 federal and provincial surveys over the past two decades.

But declining catches and yields in recent years – less than one percent in some sanctuaries – have raised alarms, particularly for chinook and sockeye salmon in the Fraser River system.

The committee heard testimony from stakeholders – from First Nations, governments, fisheries associations, research institutes, non-governmental organizations and industry – to investigate threats to salmon and gaps in their management and conservation.

Wild salmon stocks are affected by a range of impacts throughout their lifecycle, ranging from freshwater streams and rivers to foreshore areas and deep-sea marine environments, the report said. These threats include habitat degradation, the impact of flood control measures, predation, fishing activities, and the threat of disease from fish farming.

Preserving and restoring Pacific salmon – as well as the quality of life they bring to BC coastal communities – will require science, resources, leadership and collaboration, Hardie said in a press release announcing the report.

Based on these findings, the committee issued 32 recommendations to reverse the salmon decline, which a witness, Richard Beamish, retired scientist at DFO’s Pacific Biological Station in Nanaimo, calls the “International Pacific Salmon Emergency.”

The study complements an earlier report – presented by Hardie in May 2019 – and warns of the effects of concentrated ownership of fishing licenses and quotas on wild salmon populations.

“Taken together, these two studies provide a view that our west coast fishery is more than just a profitable commercial operation,” said Hardie. “There are important basic cultural, social and traditional values ​​- indigenous and non-indigenous – that are just as important to protect in the interests of supporting communities along the coast of British Columbia.”

Several witnesses criticized the DFO’s policies and policies, including its ability to coordinate and manage restoration work, its enforcement of habitat protection, and the department’s transparency and accountability.

Richard Bragdon, Conservative Shadow Secretary for Fisheries and Oceans, and Mel Arnold, MP for North Okanagan-Shuswap, were more blunt in a press release, saying that several recommendations in the committee’s report do not reflect the gravity of the situation and target the DFO’s bottom line.

“The testimony shows a devastating legacy of the Trudeau government and its four successive fisheries ministers over five and a half years in office. Your statement makes it clear that this liberal government has repeatedly ignored and discarded best practices and practices that are essential to the restoration and conservation of Pacific salmon, ”they said in the press release.

According to the report, DFO is promoting conflicts with open net pen farming salmon with its mandate to protect salmon stocks – a finding that the 2009 Cohen Commission also made about the decline of sockeye salmon on the Fraser River. As a result, the committee recommends that Agriculture and Agri-Food Canada’s salmon farm promotion be carried out while DFO focuses on wild salmon recovery as its main mission.

RELATED: Discovery Island fish farms may not be replenished

The report targets not just BC’s five salmon species – it also targets steelhead, a form of rainbow trout that lives in the ocean for parts of its life cycle. Steelheads are caught as bycatch in the salmon fishery, likely contributing to the decline in the species, with the Chilcotin River population now classified as endangered under federal Endangered Species Act. With this in mind, the Committee recommends that all steelhead conservation and restoration efforts should “harmonize” similar efforts to restore worrying Pacific salmon stocks.

Predators, particularly pinnipeds – seals and sea lions – have been highlighted by a witness as a possible cause of the decline in salmon. Seal populations in the Georgia Straight increased ten-fold between 1972 and 2000, a trend that is inversely proportional to the decline in sport fishing there, reported Carl Walters, UBC professor emeritus. A group, the Pacific Balance Pinniped Society, has submitted proposals for commercial and First Nation harvests of seals and sea lions that will be assessed by DFO.

RELATED: Hundreds of sea lions reportedly killed on the Columbia River to save endangered fish

In early June 2021, the federal government announced the Pacific Salmon Strategy Initiative, a federal investment of $ 647 million to save BC’s wild salmon. This plan will reportedly fund collaboration, advice and coordination between programs working towards the sustainability of salmon. According to Hardie’s press release, many of these strategies respond directly to the recommendations of the Committee on Fisheries.

“The federal government is way ahead of many of the recommendations in today’s report, but much more work is needed on the 2019 recommendations to give fishermen a fairer share of the wealth they reap,” Hardie said.

Who’s Victoria Caputo’s husband? A take a look at their marriage

Victoria and Ashland workforce up