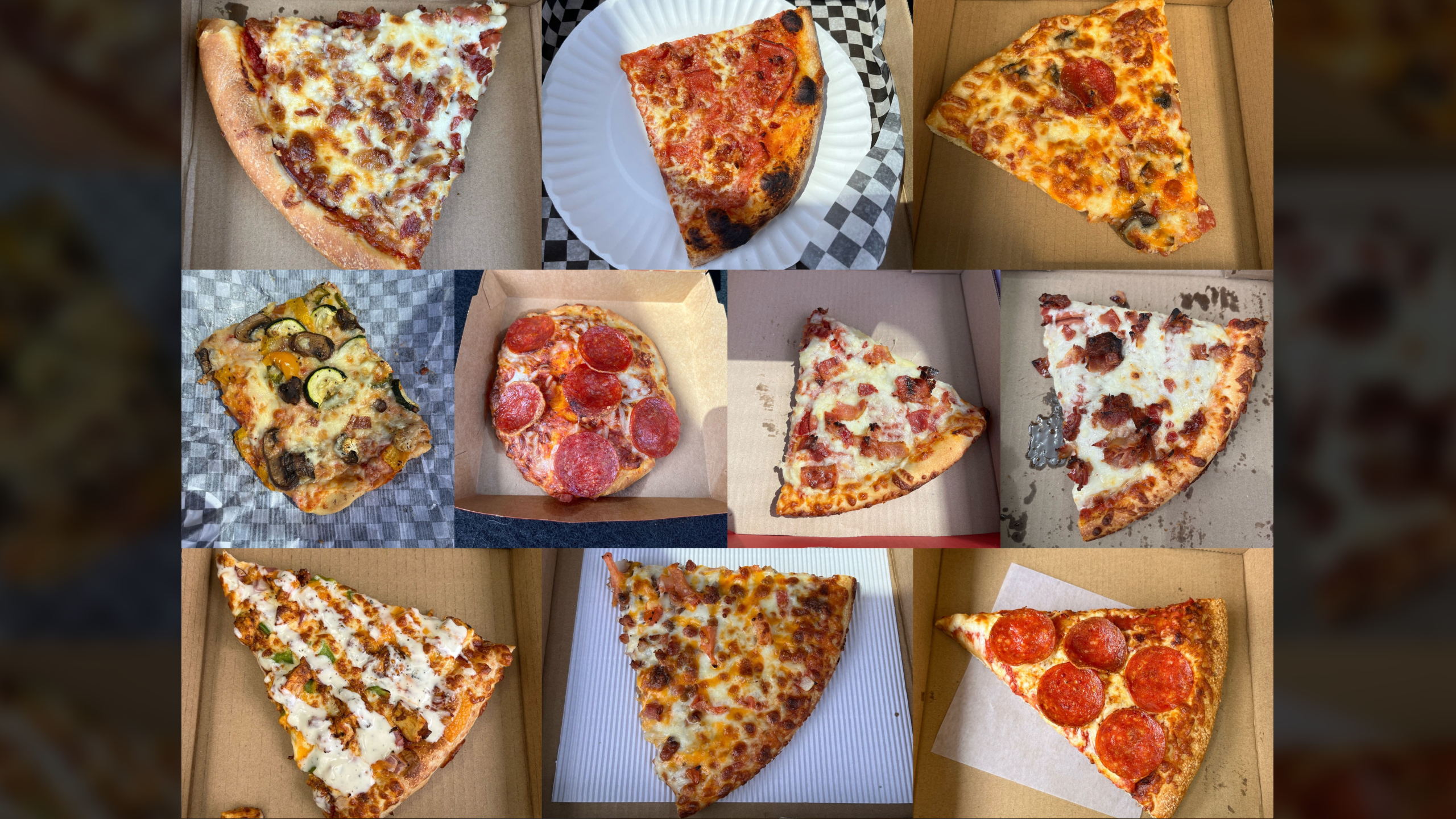 Who sells the best pizza by the slice in Greater Victoria?

That’s the question the MicCHEK Podcast is attempting to answer in its first-ever blind taste test and food ranking.

Over the next few months, a panel of local foodies will sit down and taste every slice of pizza sold by the slice (that we know of) in Greater Victoria.

The three-person panel (see more about them below) will then discuss each slice on the podcast, give each a score, and award the title of best-of-the-best in five categories including the overall champion which will earn the title “Top Slice Victoria.”

Each panellist will rank the slices based on the following criteria:

Since not every pizza shop sells the same type of pizza, slices will be selected for tasting based on a shop’s recommendation.

Each slice will be individually presented to the panel in-studio where it will be examined, then cut into three portions for the three-person panel to taste. They won’t know where the slice is from, but will be told the kind of pizza and the price of the slice.

Since the panel will taste up to 10 slices at a time, the decision was made to purchase one slice to share as opposed to three slices to cut down on excess waste. Video of the tasting with commentary, additional details on each slice and business plus reaction can be viewed on the CHEK+ app under the MicCHEK Podcast section.

You can also listen to each taste test with the results in audio form on the MicCHEK Podcast. 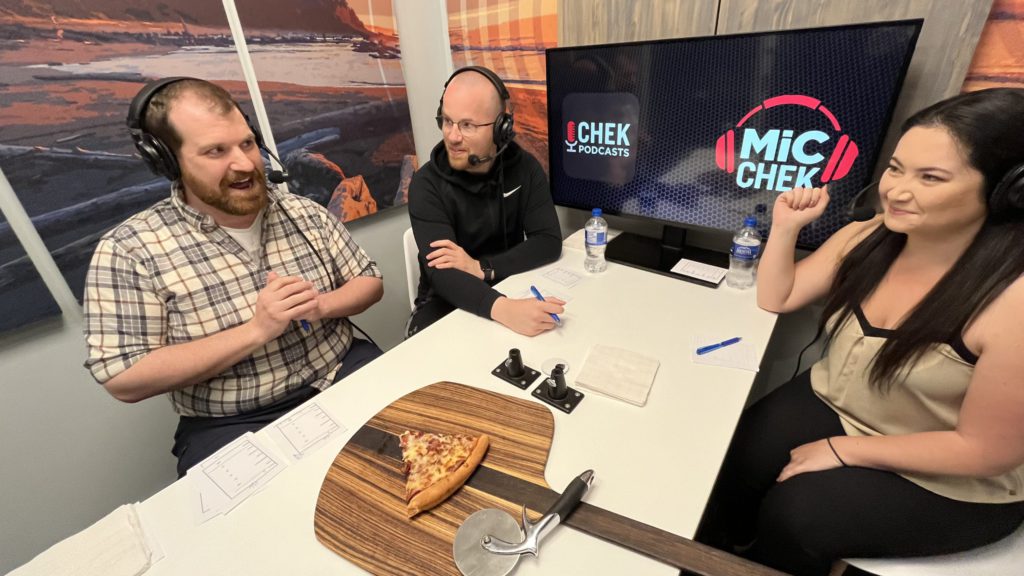 *Justin McElroy, award-winning CBC Journalist and BC’s Ranker of Stuff, joined the podcast to provide direction on how to execute the blind taste test. Listen to that conversation here.

Below are the results from the first 10 slices as well as an overview of each slice that’s been tasted to date.

In the following weeks and months the following list will be updated as slices are tasted. The MicCHEK Podcast expects to release its next 10 slices in the coming weeks, and will continue to release episodes and rankings until every slice of pizza sold by the slice is tasted and scored.

Follow the MicCHEK Podcast on Instagram at @MicCHEKPodcast for more information on the next batch of slices. 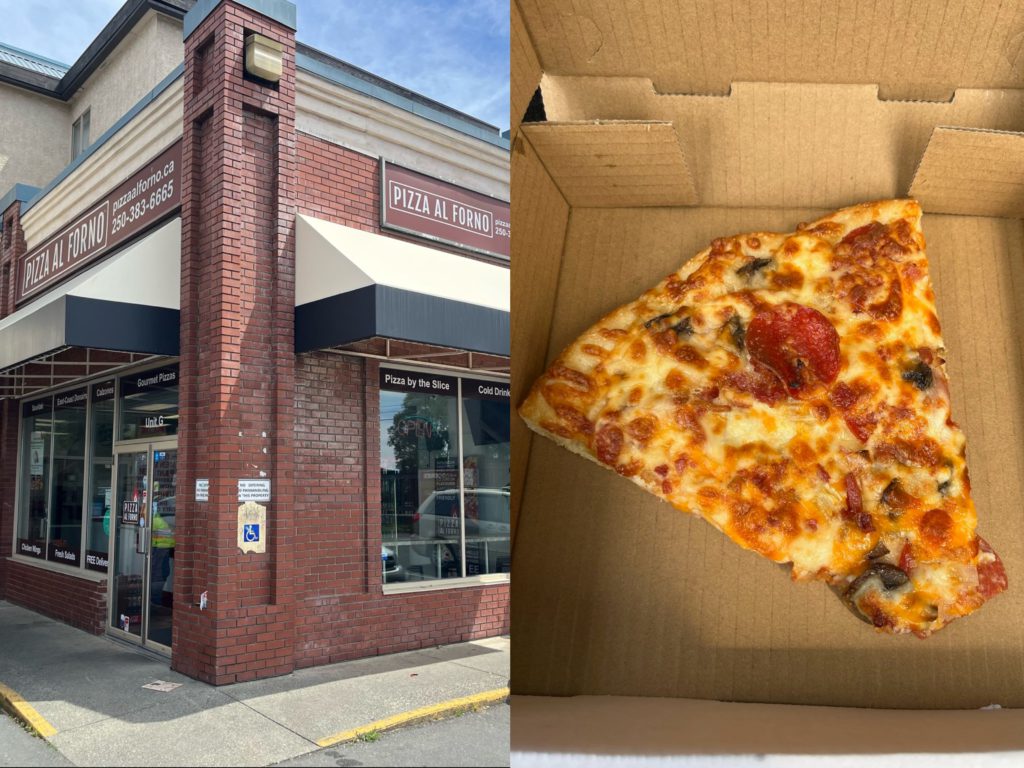 Dallas: “This one is packed with flavour. You can go to Flavortown with this thing.”

Janine: “It’s not dry, this is the moistest yet. There’s tons of sauce, the cheese grease is settling in there in the good kind of way. This is a great slice of pizza.”

Kyle: “I always love the stuff tucked in under the cheese. You please in and find more stuff in there.

RUNNERS UP: FIRE IT UP, VILLAGES

RUNNERS-UP: FIRE IT UP, TIE BETWEEN LOCAL HILLSIDE AND BUBBY ROSE’S 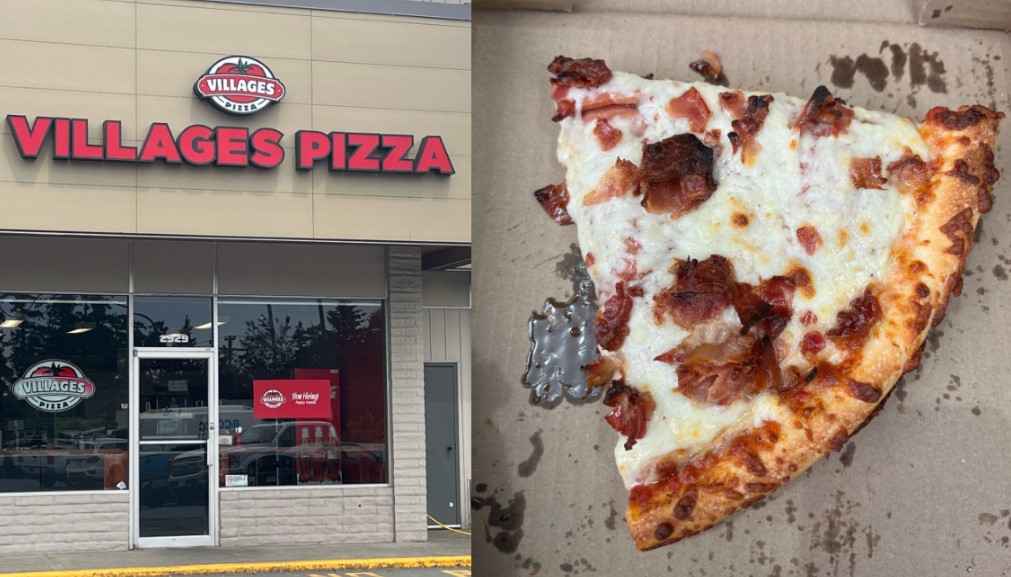 Kyle: “It’s not little bacon bits on this one, it’s real thick strips of bacon chopped up.”

Janine: “There are lots of good toppings on it.” 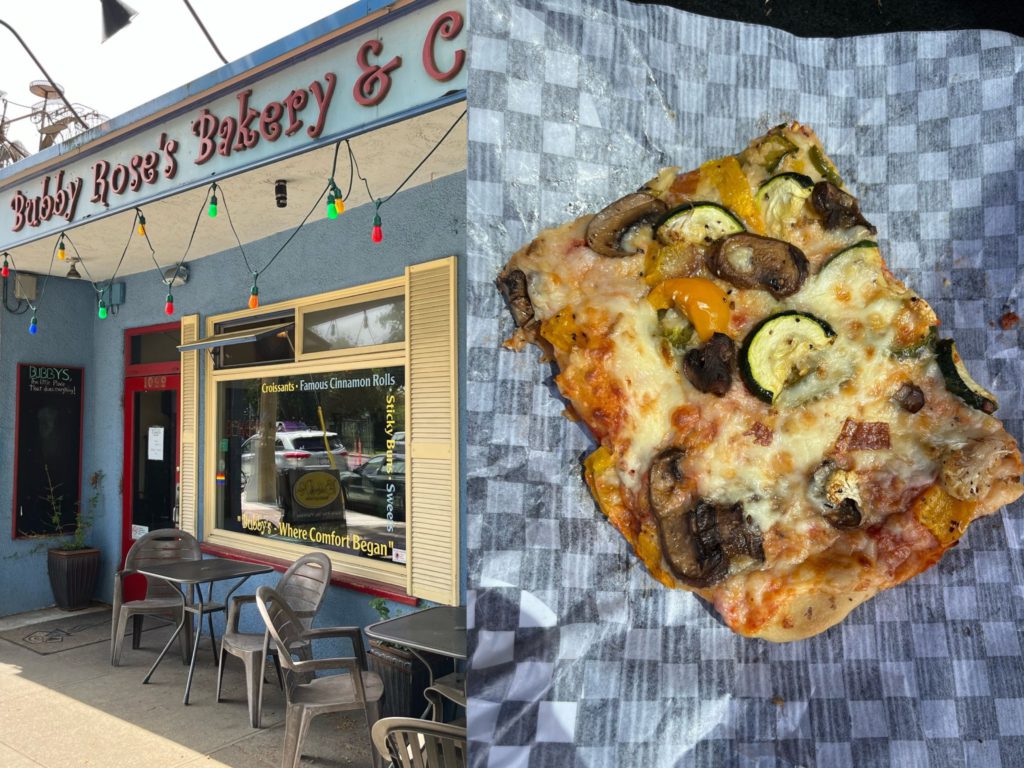 Janine: “The toppings are super flavourful. There is a chewiness to the bottom of the crust.”

Dallas: “The bottom is crispy, the top is pillowy, it’s a combination of two extremes that we haven’t seen yet. I don’t know if I’ve had pizza with a bottom layer like this.”

Kyle: “The crust is thick and spongy. I also like the heat on this one.” 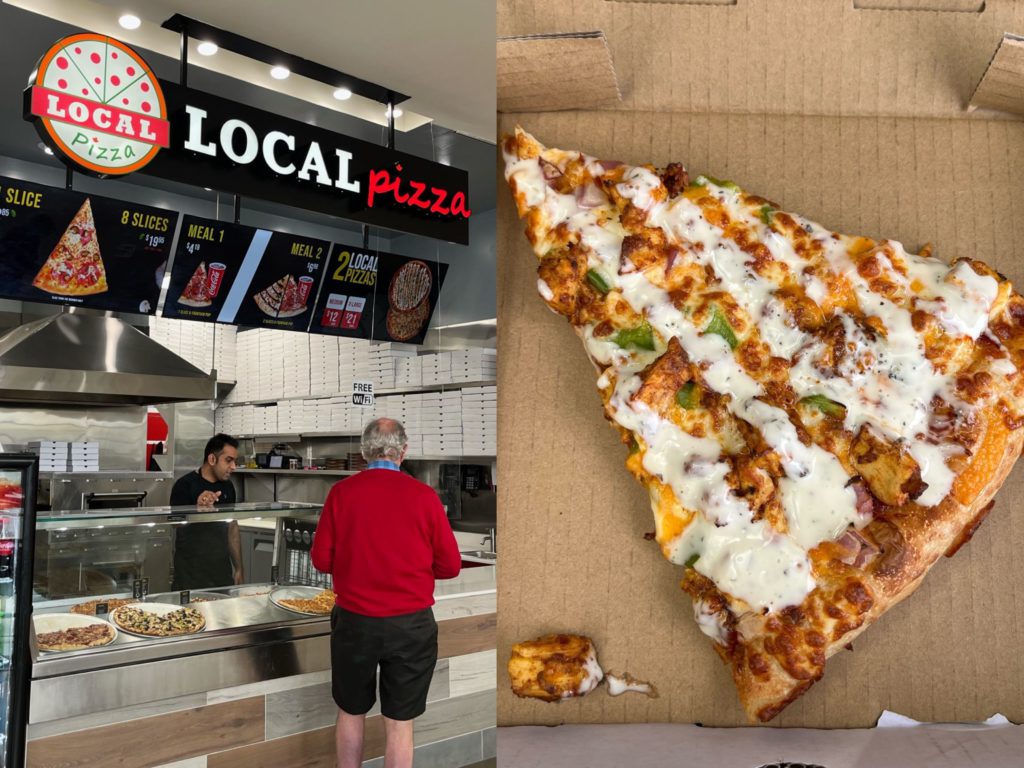 Kyle: “I got my first stringy cheese pull of the day on this one.”

Janine: “This one smells good. It’s the only one where we’ve had cheese pull. The chicken has a tone of flavor. I had a chunk of chicken by itself and it has some good spices on it.”

Dallas: “There’s such a variety of flavors happening here.” 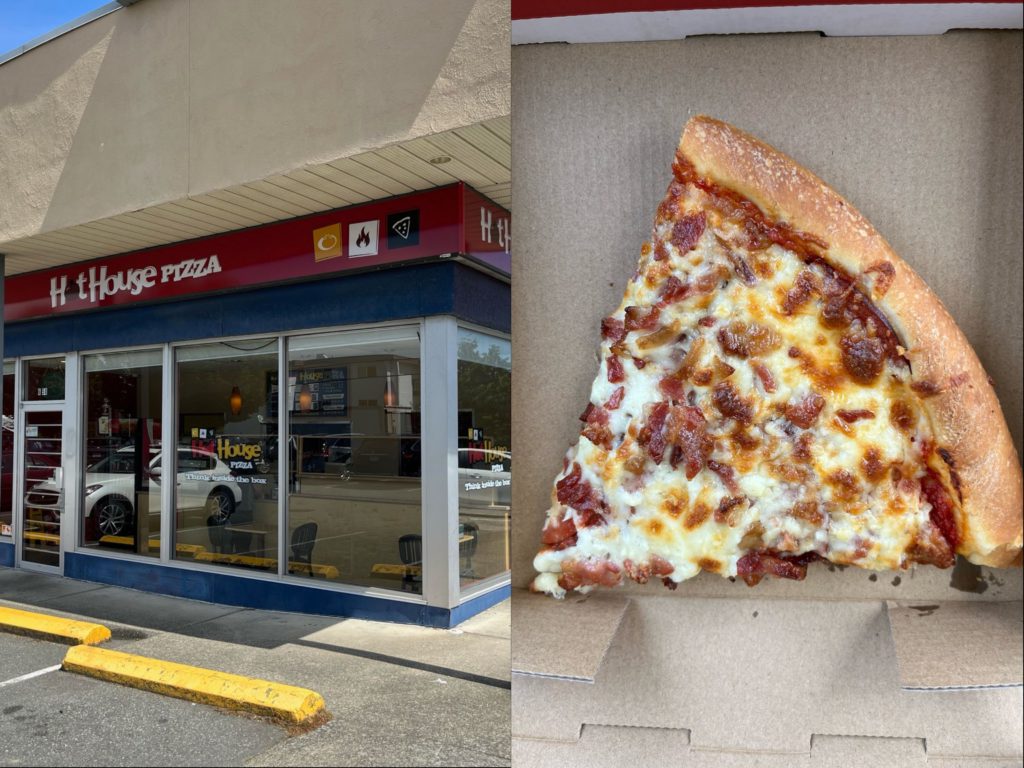 Kyle: “It’s got the under the cheese pepperoni which I like.”

Dallas: “I like the appearance of it but it didn’t taste as good as I was expecting.”

Janine: “The crust is a little breadier than I like but it has a ton of meat on it which is good.” 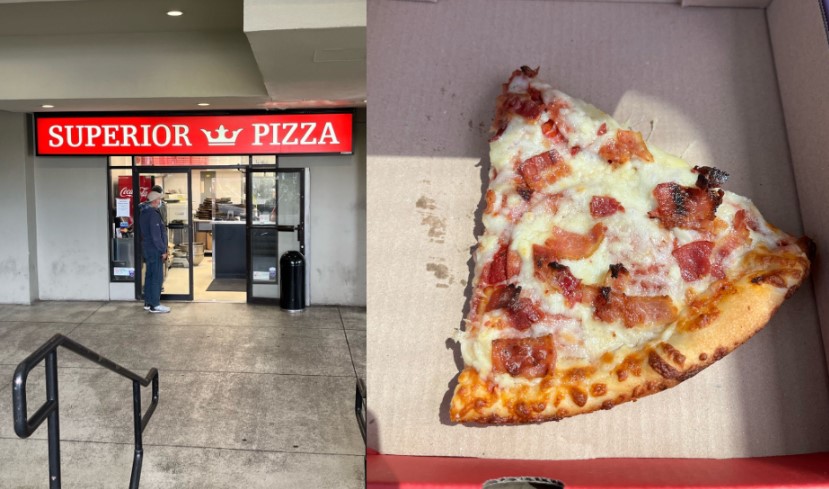 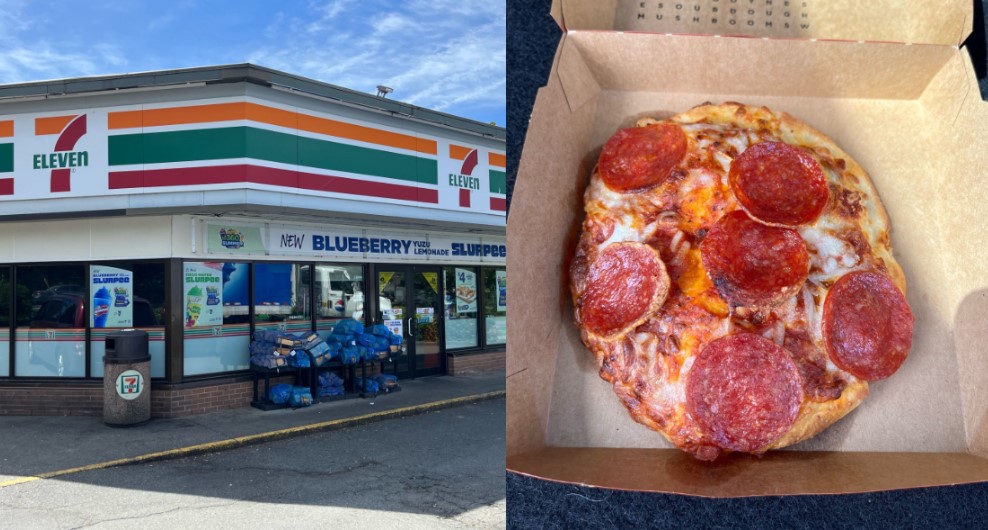 Dallas: “The tang in the sauce is very noticeable. The more I ate this slice, the more my score went up.”

Kyle: “The first note I made on my score sheet was about the sauce.”

Janine: “I love the sauce on this one.” 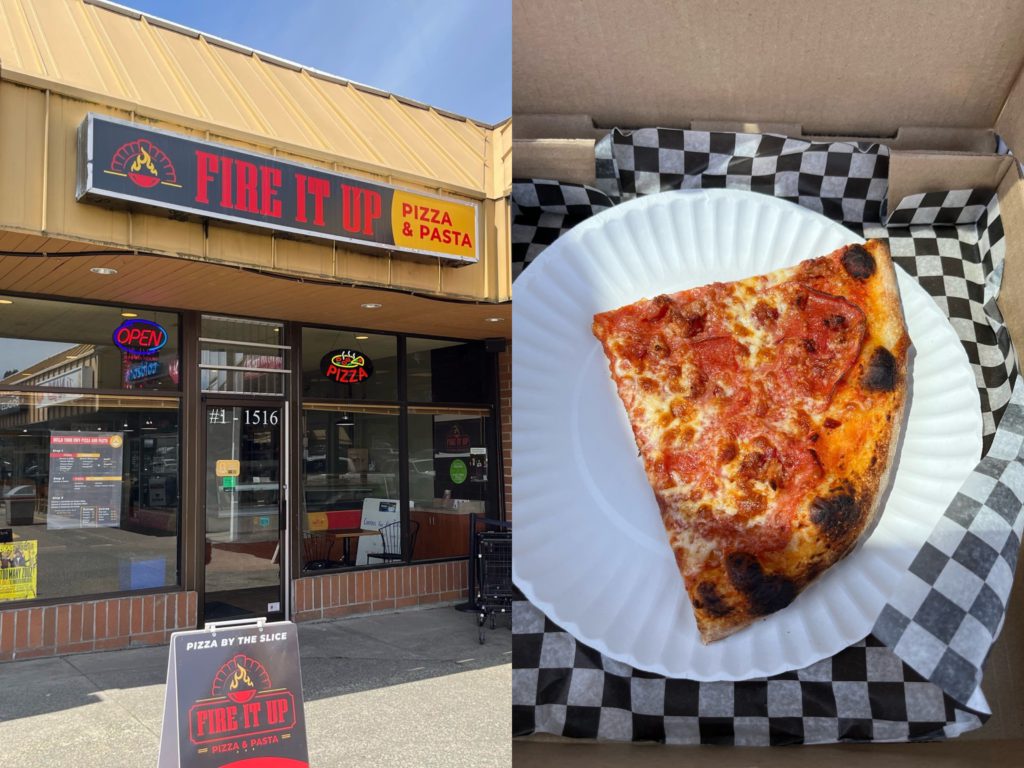 Janine: “This one looks like it was cooked in a brick oven.”

Dallas: “See the bottom of this one, that’s beautiful, look at the char on that. Whoever cooked this, good job.”

Kyle: The crust is bubbly. This is not a normal by the slice kind of slice, usually you don’t get thinner slices like this.” 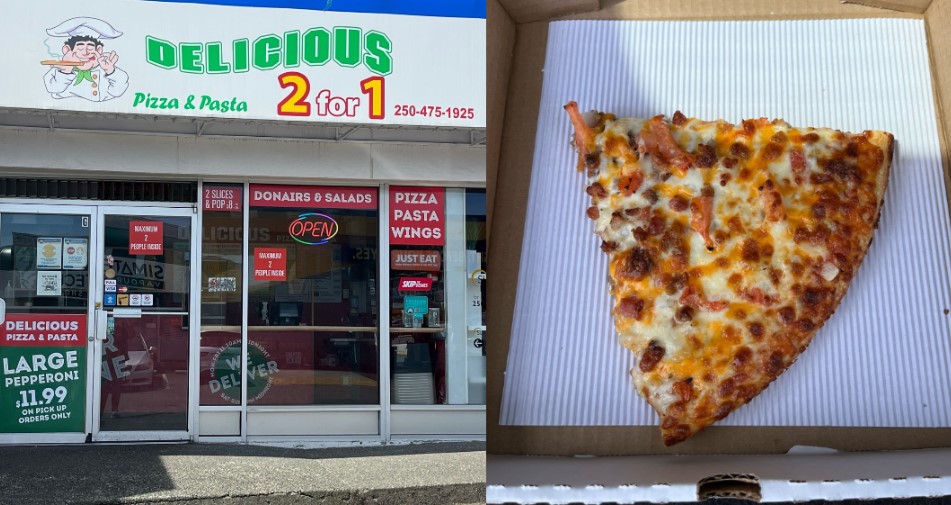 Janine: “There are a lot of toppings on here and the crust isn’t very thick so the topping to crust ratio is very good. I like the fresh tomatoes too.”

Kyle: “This is doing it for me, I like the crunchy crust.”

Dallas: “Out of the few we’ve tried so far this is one of the better ones.” 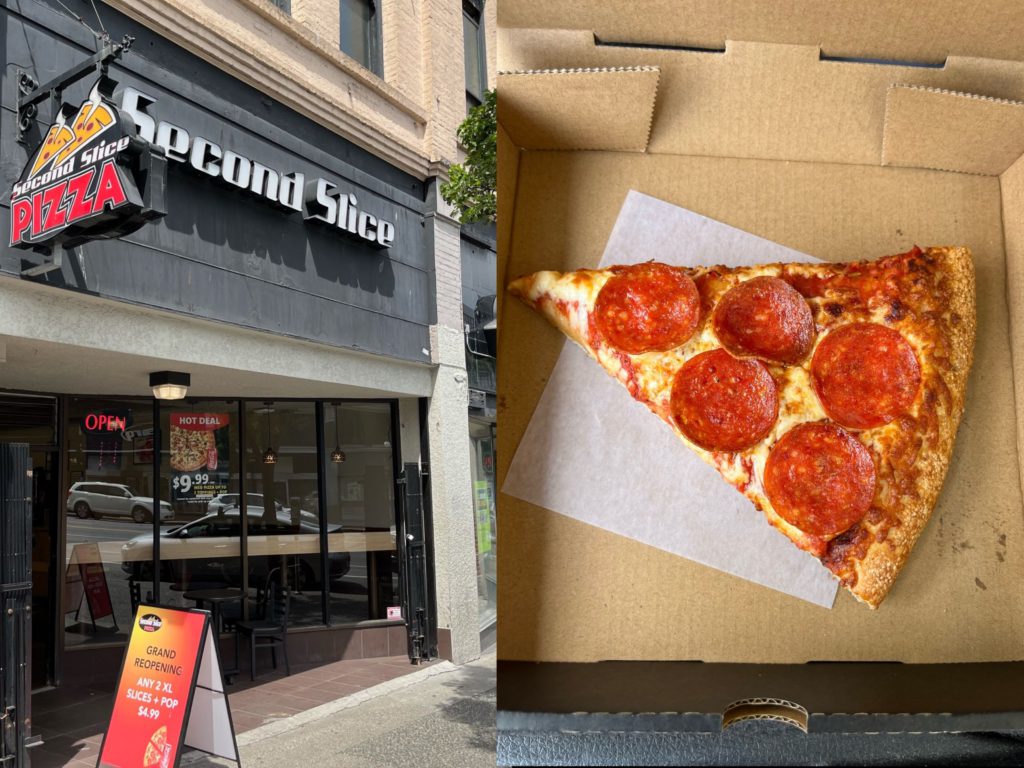 Dallas: “I feel like I know where this one is from. I think it’s Little Caesars.”

Janine: “I’m surprised…this is the fourth slice we’ve had and there isn’t one slice that’s awful or one that’s blowing our mind amazing. I actually thought there would be more of a variation and more of a difference between them all but they’re all fairly similar.”

Follow MicCHEK on Instagram at @MicCHEKPodcast to hear when the next ten slices will be sampled. As always you can listen to the MicCHEK Podcast on Apple Podcasts or Spotify, or watch the conversations on the CHEK+ App.