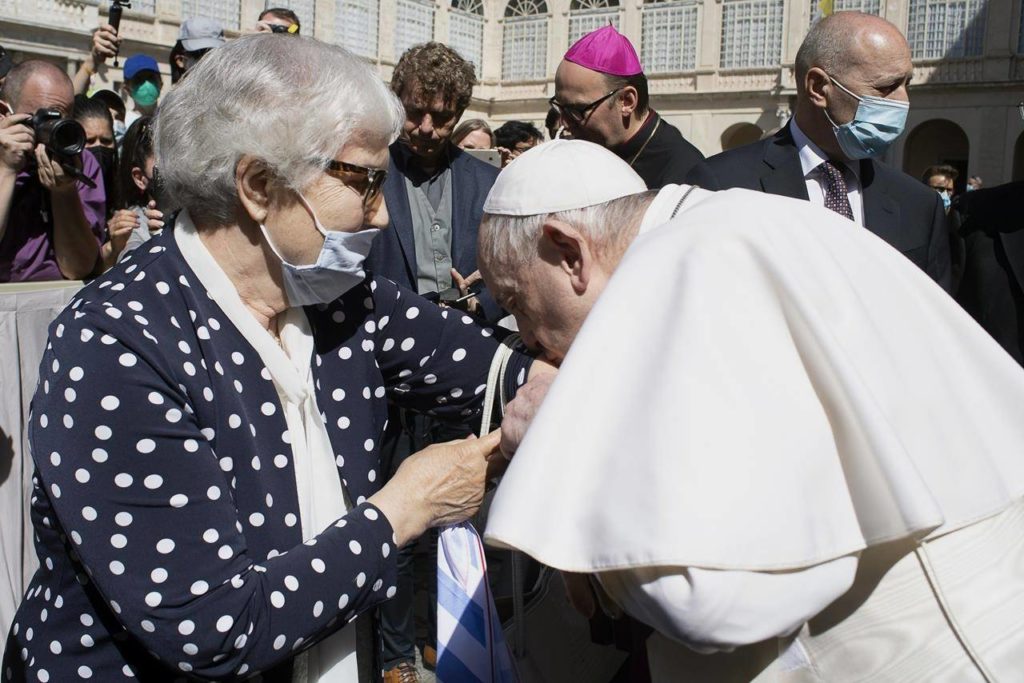 Pope Francis kissed the tattoo of an Auschwitz survivor during a general audience.

Lidia Maksymowicz, a Polish citizen who was deported from her native Belarus to Auschwitz at the age of 3, showed the Pope the number tattooed on her arm by the Nazis, and Francis leaned over and kissed her on Wednesday.

Maksymowicz told Vatican News that she had not exchanged words with the Pope.

Maksymowicz has participated in Sant’Egidio sponsored events aimed at educating young people about the Holocaust. She spent three years in the children’s area of ​​the camp and was subjected to experiments by Josef Mengele, known as the “angel of death”. When the camp was liberated, she was taken in by a Polish family.

The Pope has paid tribute to Holocaust survivors in the past, including a visit to the Yad Vashem Holocaust Memorial in Israel in 2014 and a visit to the Rome apartment of a survivor in February, 88-year-old Hungarian-born writer and poet Edith Bruck.

The Vatican said that during the hour-long visit, Francis said to her, “I have come to thank you for your testimony and to pay homage to the people who were tortured by the madness of Nazi populism.”

“And I repeat with sincerity the words that I uttered from the bottom of my heart in Yad Vashem, and that I repeat to everyone who has suffered so much like you: ‘Forgive, Lord, in the name of humanity’. “Said the Pope to Bruck, according to the Vatican report on the private meeting.