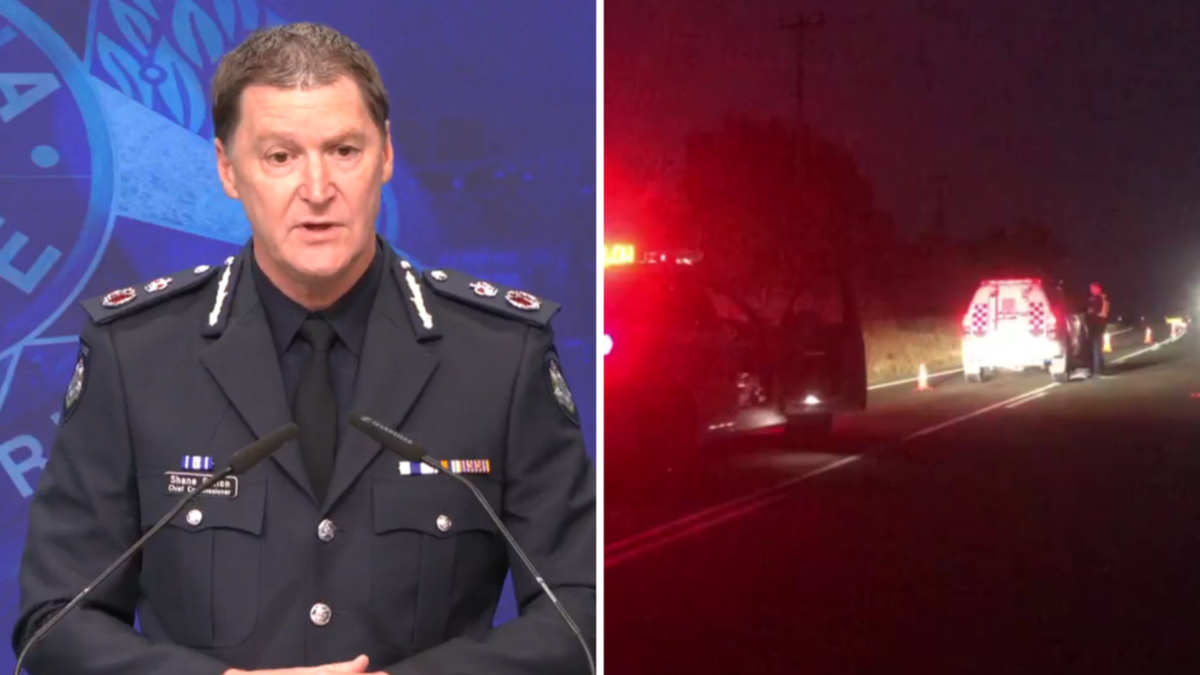 Tragic details have emerged after a young police officer was killed in a horror double fatal crash on a Victorian road.

The unmarked police car was traveling on Kulkyne Way in Red Cliffs at about 10pm on Friday, when a Nissan Navara Utility veered across the road and crashed into them head-on.

The 25-year-old female senior constable from Mildura Highway Patrol died at the scene.

The driver of the utility, a 23-year-old man from the local area, was also killed in the crash.

“No one expects to go to work and not come home,” Chief Commissioner of Victoria Police Shane Patton said on Saturday.

Victoria Chief Commissioner of Police Shane Patton said on Saturday that the tragedy will deeply effect the police force and widely throughout a close knit community. Credit: Victoria Police

The woman’s colleague who was in the passenger seat was also injured.

The 43-year-old male leading senior constable was airlifted to Mildura Base Hospital in a critical but stable condition before being flown to Royal Melbourne Hospital.

A third car driving behind the police vehicle collided into the rear, but the male driver and three children inside were not physically injured.

The driver of the third car was not the father of his three child passengers, who were reunited with their parents at the hospital.

“This will impact substantially across the police force and it will also impact right through the community,” Patton said. 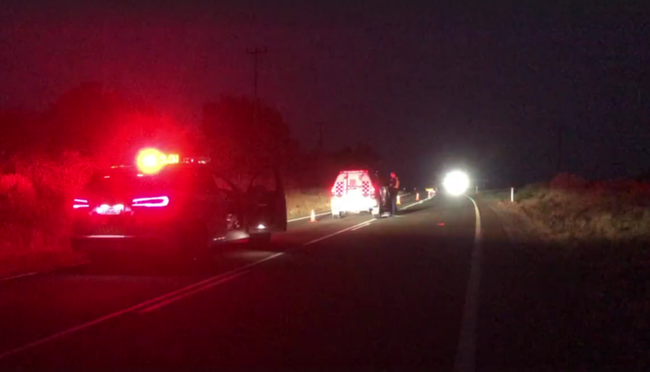 A female police officer and a driver have been killed in a horror crash on a Victorian road that also left a number of children injured. Credit: 7NEWS

“The trauma that then gets relayed from investigating colleagues and going out to the scene… Its an absolute tragedy. That’s the only way I can describe it.

“We will group around our members as we do, we will provide the support as much as we can. But it is no doubt going to be a difficult few days.”

The leading senior constable in the car with her at the time has been a member of the police force for 21 years, and a part of the Mildura Highway Patrol since 2018.

The rural road where the crash took place is about 30km south of Mildura, and is expected to remain closed throughout Saturday as detectives process the scene.

The officers were conducting “general routine duties” at the time of the collision, and Patton said there is no evidence to suggest their vehicle was in pursuit of any other at the time.

Immediate next of kin have been notified of the fatalities, but “a raft of friends and extended family” still need to be notified, according to Patton.

Major Collision Investigation Unit detectives have traveled to the scene and will investigate the circumstances surrounding the crash including why the driver of the ute veered across the road.

Anyone who witnessed the crash or who have dashcam have been urged to contact police.

The tragedy nears the anniversary of the four Victorian Police officers killed on the Eastern Freeway nearly two years ago.

More than 1500 police, family and members of the public gathered at Docklands stadium to honor the four officers who died after being hit by a truck while on duty in April 2020.

Leading Senior Constable Lynnette Taylor, 60, Senior Constable Kevin King, 50, and Constables Humphris and Josh Prestney, 28, were in the emergency lane of the freeway, about to impound a Porsche, when they were hit.

The truck driver responsible was jailed for 22 years.