Queen Victoria’s Consuming Habits: “For her, consuming was a method to see the world” 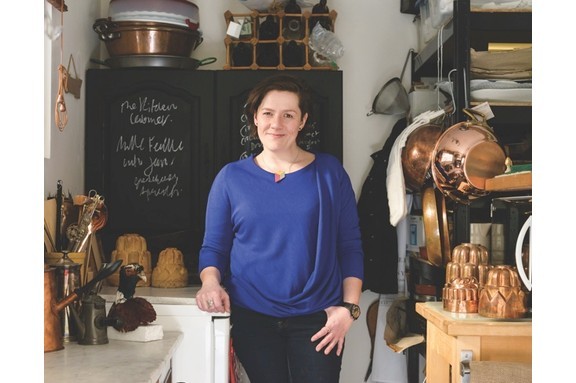 Certainly! There is no doubt that Victoria was influenced by her childhood experiences in ways that went well beyond food.

As a young princess, practically isolated under her mother’s critical gaze at Kensington Palace, Victoria’s life was under constant scrutiny, especially her eating habits. She was repeatedly told not to gobble up her food, be greedy, not add salt to her sauce, and so on.

From a young age, food – and her own appetite – became something Victoria could control, and she developed a relationship with food that was very much about her and the plate in front of her.

As a teenager, Victoria decided to go on a diet and skipped lunch for a year or so. She would also – rather ostentatiously – refuse dinner after quarreling with her mother and trudged into her room. She had so little control over everything else in her life that food became a crutch and a way to maintain control in a world where she didn’t have one. It was a weapon she would use all her life.

How did her friends and family find Victoria’s food intake?

Almost everyone seemed to have an opinion on Victoria’s food. Even her mentor, Lord Melbourne, would blame her for eating too much and drinking too much beer. Uncle Leopold, King of the Belgians, was particularly concerned about her and we have a wonderful correspondence between the two of them. “I hear a certain little princess is eating again,” he wrote in a letter, somewhat patronizing. He also believed, rather bizarrely, that if Victoria controlled her diet and exercised more, Victoria would get bigger!

Did she really eat that much?

She could certainly put it away if she wanted, but this, too, was often done to control those around her. Victoria was notorious for eating seven or eight courses in half an hour, but she could do the same for two and a half hours if she wanted. The pace of a meal was very much determined by the queen.

We don’t really know much about Victoria’s favorite foods. There are many secondary sources that say she enjoyed a boiled egg for breakfast and ate simple food, but this is mostly based on hearsay. Even her diaries cannot be relied upon too much as they were supervised by her mother for the first few years and later edited by her daughter Beatrice, both of whom may have removed any overly voracious food labels. We know that she loved fruit and would often visit the kitchen gardens to check the freshness of the fruit before a state banquet. Mutton was also a meal she enjoyed immensely, as was curry.

Victoria was always looking for new challenges in eating and was quite adventurous in her tastes. For her it was a way to explore the world when the world was actually a fairly cramped place for her – as a queen, a woman, and a Victorian.

How did Prince Albert influence the Queen’s food?

When she married Albert in 1840, 20-year-old Victoria was something of a party animal, staying up until 5 a.m., getting drunk, and staying in bed until late morning. Prince Albert, on the other hand, found entertainment tiresome and viewed food as fuel rather than something to be enjoyed for its own sake. Albert definitely calmed Victoria down and probably took some control over her food. During their 21 year marriage, Victoria kept a very slim figure and did not feel the need to go on the yo-yo diet like she did as a teenager. But when Albert died, she turned back to her first love – food – and put on weight incredibly quickly.

Was Victoria considered overweight by her contemporaries?

People have been quite cruel about Victoria’s figure, describing her as plump and plump and declaring that she is getting “enormously fat.” But by modern standards, she was anything but overweight. There are two occasions in her diaries that Victoria mentions her weight, so we know that right before her wedding, she had a modern BMI of 18.8. Today it would be at the lower end of the “normal” weight, and for modern eyes it would have appeared absolutely tiny at 1.80 m. But in the 19th century, when so many people were malnourished, she certainly wouldn’t have looked dangerously thin.

Was Victoria interested in where her meals came from, or did she just enjoy eating?

It must be remembered that even if Victoria had not become queen, as a member of the aristocracy, she would never have expected knowledge of food preparation. But she was interested in the food she ate and almost certainly kept a cookbook. She also had her children taught to cook, and there are records of the royal family watching the iron harvest and visiting farms to see the cattle before slaughter while staying in Osborne, Isle of Wight. Her interest in food clearly went beyond just eating.

Was Victoria a healthy eater?

The queen was not a fashion designer: she ate fashionable food, but only when it became fashionable. In the 1850s, if she wasn’t entertained, she would probably have had soup, fish, maybe a couple of meat dishes, vegetables, a couple of puddings, and ended the meal with some fruit – a fairly steamed meal of about six different dishes. The meals were very meat-heavy, with few carbohydrates and vegetables on the side.

We know Victoria had some digestive problems and suffered from gout at least once. One of the most interesting documents I found was her doctor’s letters from the mid-1830s pointing out her constipation and terrible indigestion. People suggested that she removed certain foods from her diet, but she appears to have ignored them.

However, if you look at the menus of some state banquets, it is not surprising that she suffered from indigestion. There is evidence that some very extraordinary dishes were created for the royals. An example that became the focal point of a York banquet in the 1850s is Chef Alexis Soyer’s Hundred Guinea Dish – his subtle take on the common fake turtle soup. He created a dish that, if made from scratch, would have cost a staggering 100 guineas. Giant turtle heads make up the main structure of the dish, with turkey skewers sticking out of the mouth, quail, and bread carved into a bowl of shrimp. The effort and beauty of some of the dishes was just amazing. He was a real showman.

Her book also goes under stairs in the royal kitchens. What did you discover there?

When we look at royal dining it is very easy to get distracted by menus, number of diners, settings, etc. and assume that it is fine dining. But the royal kitchens catered not only to the queen’s table, but to thousands and thousands of other people. The number of people fed by Victoria’s royal kitchens each month always numbered several thousand. For example, if Victoria hosted a ball dinner, up to 2,000 people could be fed incredibly elaborate high-end food.

The kitchens worked like factories, producing lavish food and drinks and taking care of the royal household – right down to the lowest chambermaids. The kitchens of Windsor Castle, rebuilt by George IV in the 1820s, were the center of food preparation and often sent baked goods to the Queen wherever she was in the country.

The kitchens at Buckingham Palace, on the other hand, were in a terrible mess when Victoria moved in. Poorly ventilated, with open drains nearby and overflowing rubbish, the smell from the kitchens was so bad that neighbors complained that the palace was bringing the area to disrepute. 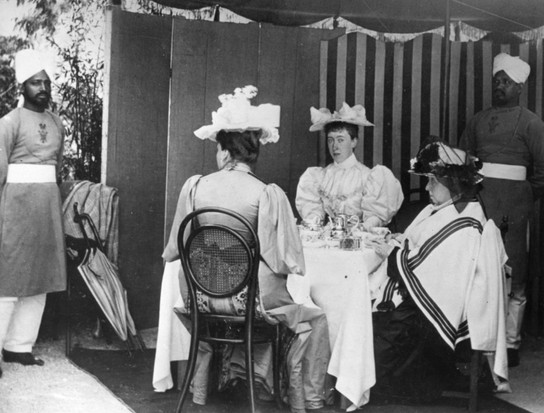 How well did the royal household eat compared to the rest of Victorian society at the time?

If you look at Victoria’s palaces, you can almost see 19th century society in the microcosm. With the exception of the poorest, all were represented in the palace household. There was an incredible variety of people who ate at the expense of the crown – from the queen’s ladies-in-waiting, dressers and maids, to gardeners and the lowest servants.

But perhaps the most surprising thing is that everyone in the palace ate meat two or three times a day. Compared to the fare for the general population at the time, it is hard to believe.

Annie Gray is a historian, cook, broadcaster and writer who specializes in the history of food and gastronomy in Britain from c1600 to the present day, conducting her research in both libraries and kitchens. She is Resident Food Historian for BBC Radio 4’s The Kitchen Cabinet, has presented Victorian Bakers and has advised on several television series including The Great British Bake Off and Royal Recipes.

This interview was first published in the May 2017 issue of BBC History Magazine.

That is what Derby’s market sq. appeared like when Queen Victoria visited