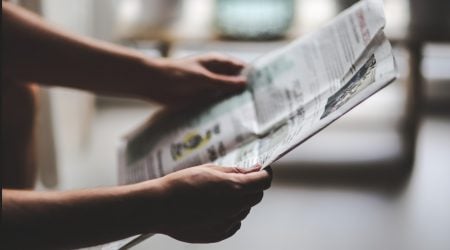 East coast heavyweights Victoria and Queensland strengthen their positions ahead of a make-or-break day three at National Youth Championships for Boys.

The two states collectively dominate championship ladders and will be confident of progressing beyond the group stage.

“Today reflects the hard work of Football Queensland staff and the planning and preparation we had at last week’s training camp.”

“We’ve had real concentration and focus on process, things like how we are going to play, organization and roles and responsibilities. We’re really focused on process and principles rather than patterns.”

“We’ve tried to take a one-Queensland approach with our teams and mixing players in and around, so our teams are not in silos, but a blended approach from our academy, Brisbane Roar, Football Queensland metro centers and regional centers as well ,” Laxton said.

Josh Kennedy, Football Australia’s General Manager of Member Federations, and former Socceroo is pleased by what he has seen at Coffs Harbour.

“Every state offers something a little bit different in the way they play. There are teams who hold possession, teams that are more direct, and then you see the little key pieces come to life. So far, the talent, standards and ball control has been good.”

“There have been a lot of goals as well, which is exciting to see from a striker’s point of view. It’s good to see goals being scored and obviously that attacking play coming to life,” Kennedy said.

Benefits of better standards and speed

For some players National Youth Championships is a highlight of their junior football journeys, for others it is the next move towards a professional career. Regardless of their individual paths many have commented on the increased standards, speed and intensity of play.

“I think a lot of the boys have already improved, just moving the ball quicker and ball speed, just getting everything better.”

Teammate Dash Baker hopes to be identified by his performances and progress his career. “I want to go as far as I can, playing professionally, earning money from it, hopefully.”

“I want to go probably overseas. Try to get somewhere overseas and play a pretty high level of football,” Baker said.

Smaller states ready to show what they’re made of

With larger states dominating the group stages there is still plenty to play for at National Youth Championships.

Stefanidakis said “We don’t have the consistency of playing high intensity football like the rest of the states have. As a coach you try and prepare before you arrive and hopefully we can play well against the smaller states. So there is still a lot of opportunity for Northern Territory to show what we are capable of.”

/PublicRelease. This material from the originating organization/author(s) may be of a point-in-time nature, edited for clarity, style and length. The views and opinions expressed are those of the author(s). View in full here.