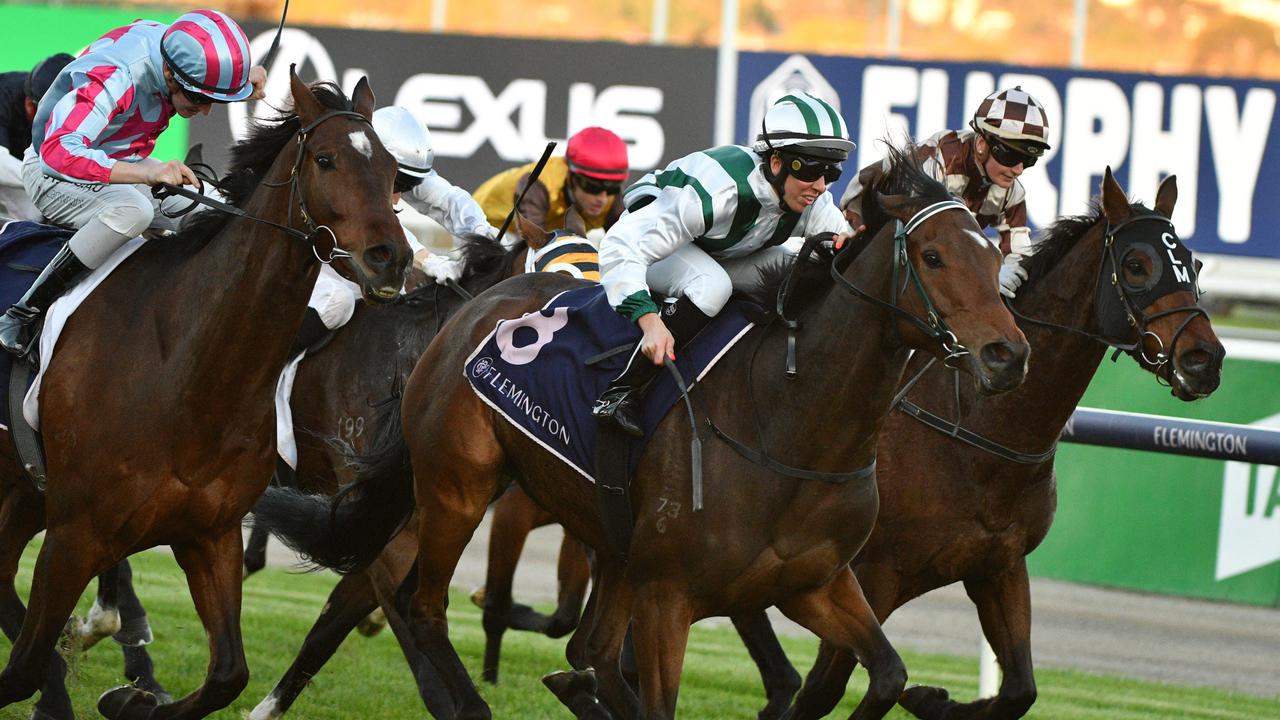 Racing Victoria will look at the research behind British racing’s whip rule changes before deciding whether it will alter whip regulations in the coming months.

The British Horseracing Authority announced an intention to introduce new rules later in the year, including disqualification of horses where a jockey has “a clear and flagrant disregard” for the rules.

The BHA will also ban the use of the whip in a forehand manner but has not cut the number of times a jockey can strike a horse in a race, which currently stands at seven in a flat race or eight in a jumps event.

Stier said RV would review the BHA study that recommended the rule changes before deciding whether to adjust its whip regulations.

“We’ve said all along that the whip is a matter that would need to continue to be reviewed,” Stier said.

“I think that can certainly occur.

“Whether or not we’d go to the position of Britain would be subject to that review.

“We need to consider our current structure and see if it’s the best model and be willing to make change should we consider change to be most appropriate.”

Stier noted Victorian rules were significantly different from Britain with local jockeys able to use the whip significantly more than their counterparts.

Victorian jockeys can strike horses five times before the 100m with unlimited whip use allowed in the last 100m of a race.

“They were already in a different position to what we are and are now modifying that to get further away from our position.

“Philosophy doesn’t really come into it. It’s about looking at our nation and what’s best for our racing.”

Whip use is one of the most controversial topics surrounding racing, both inside and outside the sport, but Stier said the whip was only one issue that needed constant attention.

Stier said RV’s integrity team maintained its focus on matters that affect the result of races.

“I don’t know that it (the whip) is the biggest issue but it’s certainly one that needs to remain under focus and consideration,” Stier said.

“There’s many matters that we need to stay across.

“More broadly, we need to stay vigilant about the use of prohibited substances in racing and the potential integrity of the result of a race.

“They’re key considerations, to protect the integrity of the result of a race.”