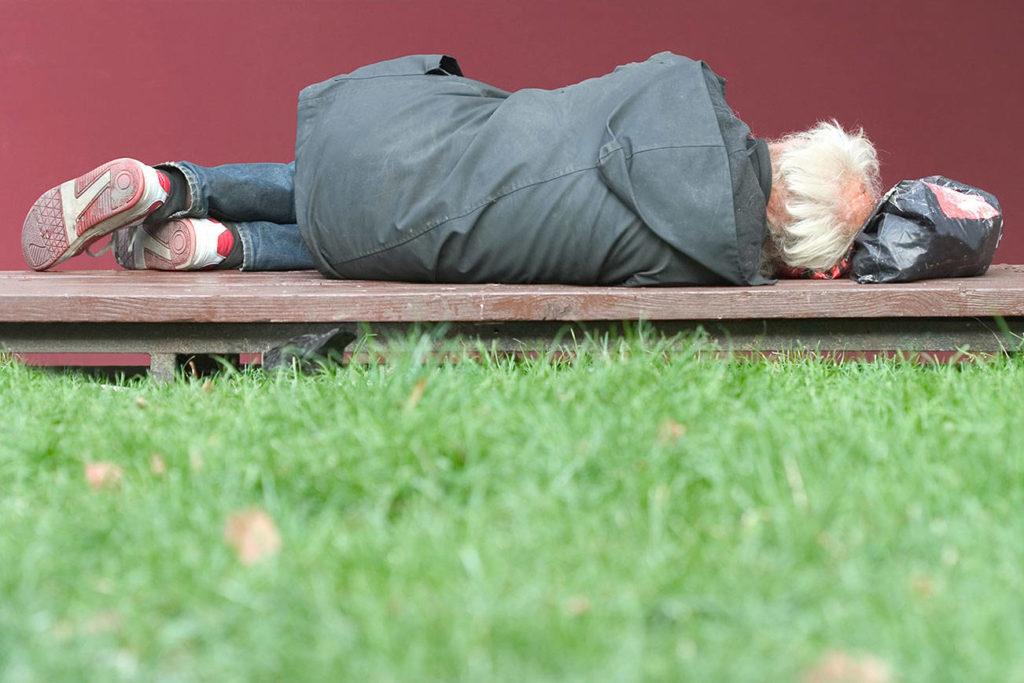 A new report, presented to Victoria City Council on Thursday, outlines the barriers and recommendations to end homelessness in the greater Victoria area.

The 102-page report was commissioned by the city in February and compiled by Nicole Chaland. It is based on interviews with people affected by homelessness and those who work with them, previous reports and research, and examples of successful housing-first approaches in other Canadian cities.

The four main barriers to ending homelessness, Chaland wrote, are the crisis of affordable housing, the need to move to person-centered care, the housing instability that leads to homelessness, and the need to integrate services.

According to 2016 census data, 10,480 renters with incomes less than $ 23,536 spend half of their income on rent. Financial institutions recommend people don’t spend more than 30 percent of their income on housing, but in an area like Victoria, where the average one-bedroom room costs more than $ 1,500 a month, it can be nearly impossible.

Those unable to find shelter face an isolated and flawed support system with no shelter, where a lack of appropriate resources and person-centered care often leaves people in an endless cycle, Chaland explained. A person-centered approach would work with individuals to develop their strengths and address their specific needs rather than grouping them under the umbrella of the “homeless”.

A social service in Hamilton, Ontario. The number of people housed there tripled over three years after staff began working with residents of the shelters to develop their own housing plans, Chaland said. The number of homeless has also been halved.

This approach would be supported by a centralized database of real-time personal data, Chaland said. No organization currently tracks homelessness in the Greater Victoria area with such a database, making it extremely difficult to address needs and know if progress has been made. An Edmonton database tracks the number of people who have become homeless and have been housed in everyday life and over time.

Chaland’s report also includes 28 recommendations, broken down into four calls for action, all of which were approved at the July 22nd council meeting. To end homelessness, Chaland said, the region and province must realize the human right to housing, reshape the homeless welfare system, improve standards and accountability mechanisms, and include homeless people as equal partners.

This final appeal was a key takeaway from Chaland’s interviews with seven people living with homelessness – all of whom expressed a strong unfulfilled desire to take an active role in their homelessness recovery. The interviews also showed the diversity of people and the challenges that exist in homelessness.

Of the seven people, they were between 37 and 64 years old and had been homeless for between six months and 20 years. Two were indigenous and two were in foster care.

“People are portrayed as problematic and challenging, and the reality is that people carry a lot of trauma, pain and anger,” a shelter employee told Chaland.

By the end of 2022, 280 new supporting residential units are to be completed in the greater Victoria area. Against this background, the Greater Victoria Coalition to End Homelessness estimates that 691 people in the region will still be living without a home in 2023.

For the full report, see the City of Victoria Agenda July 22nd.

ALSO READ: More Supportive Living on the Horizon for Victoria

A information for espresso drinkers in Victoria, British Columbia